There's a new disc hub too, plus an updated Joule GPS computer
by dave atkinson

Powertap can take a fair bit of credit for shaping the power measurement market, having been in the business of making power-measuring hubs since last century. It's always been hubs: until now. Last week they released a teaser video suggesting that some new products were in the offing, and today it's official: PowerTap have announced that they'll not only be producing a pair of power-measuring pedals, the P1, but also a chainring solution, the C1. There's also a new disc hub and an updated Joule head unit. So many new things!

So why the change now? Well, it's an obvious response to a very vibrant and expanding market for power devices, and PowerTap have more experience than most at getting the numbers. Also, different consumers have different needs, and also different budgets. While a hubset might make sense to some riders, others prefer to go down the pedal route for its versatility if you have a bigger fleet of bikes. And if you really want power numbers but you have a more limited budget, the £599 C1 chainset might be the kind of thing you're looking for. Let's go through all the new stuff, starting with the P1 pedals.

This isn't a knee-jerk response to Garmin or Look: PowerTap have apparently been chipping away for 6 years at the thorny problem of how to isolate power from all the other things going on in a pedal. The last three and half years have seen the pedals in full development, which is a long time to keep a secret so PowerTap president Jeff Frehner and product manager Justin Henkel were understandably relieved to finally be able to show the pedals in public. 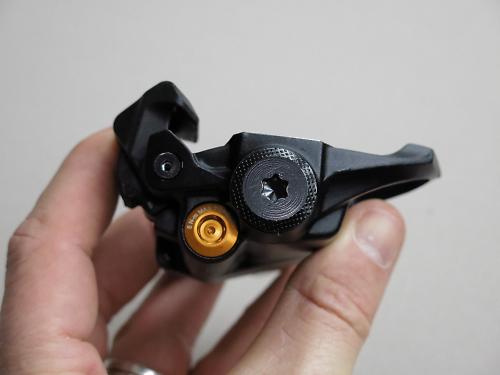 Specifics? The P1 pedal is a one-piece design, unlike Garmin's Vector which has a separate transmitter that attaches to the back of the crank via the axle. inside the body there are eight strain gauges, each of which has an individual processor to crunch the data. Each pedal contains a single AAA battery in a compartment under the footplate, which PowerTap claim is good for 60hrs of use and is also simple and cheap to replace, even out on a ride. The P1 containsa dual-band ANT+ and a Bluetooth Smart chipset. The ANT+ is the primary communication protocol for riding data, but you can also use the Bluetooth connection. Bluetooth also allows over-the-air firmware updates so there's no need to plug the pedals into anything to keep them up to date; you can do everything from your phone.

There's no need to calibrate the P1. PowerTap were clear that that was very high on the list of priorities for the pedal. The pedals go through a calibration process during production and you don't need a torque wrench to fit them either; swapping them between bikes should be as simple as a normal pedal. They'll self-calibrate for pedal position as you start riding and then you're good to go. Once they're running you'll get a power reading and left/right balance out of the box. The pedals can also gather data on tangential force and pedal position, PowerTap are working on the best way to use this information "We are focused on delivering the most important and valuable metrics to our users, not just what looks cool on the screen", said Henkel. "We are in the process of defining what those metrics are and when we do users will get an update from PowerTap". PowerTap claim that they're accurate to within 1-1.5% of their hub meters. The pedals use a Look-Keo-style cleat and an adjustable elastomer retention spring. Claimed weight is 398g per pair, so 150g more than a pair of Dura-Ace SPD-SLs. They're manufactured in PowerTap's facility in Wisconsin, USA, come with a 2-year warranty and will retail in the UK for £999, making them the cheapest dual-sided power pedals at RRP. They should be available in late spring. The C1 chainring system will be the cheapest power system that PowerTap produce when it becomes available for £599 RRP. It's a two-part system that bolts onto any standard compact chainset with a 5-bolt 110mm bolt circle diameter. That means Shimano/Campagnolo road compacts before the latest 4-bolt standards, SRAM compacts and plenty of third party chainsets from the likes of FSA; there will be a full compatibility chart on the PowerTap website before the chainrings become available. Replacing standard chainrings with the PowerTap system adds about 150g to the weight of the chainset. For the time being, PowerTap won't be selling the C1 as a complete system with the cranks. The two chainrings are machined as one piece for PowerTap by FSA. There's 50/36, 52/36 and 53/39 options available; 50/34 wasn't possible because of the need to accommodate the sensor unit. That sensor sits on another ring that's sandwiched between the rings and the spider. Like the pedals, the C1 is dual-band capable and can be updated over the air. Unlike the pedals it runs from a CR2032 button cell that's good for 200hrs of readings. The ring is capable of a pseudo dual-sided measurement to give you left and right readings from the one sensor, although clearly it lacks the ability of the pedals to take fully independent readings. 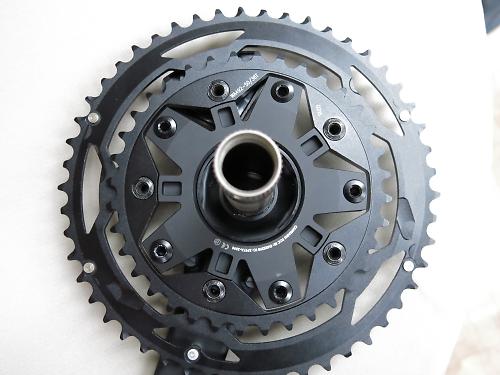 The sensors are USA-assembled and come with a 2-year warranty. The C1 system should be available in the early summer. 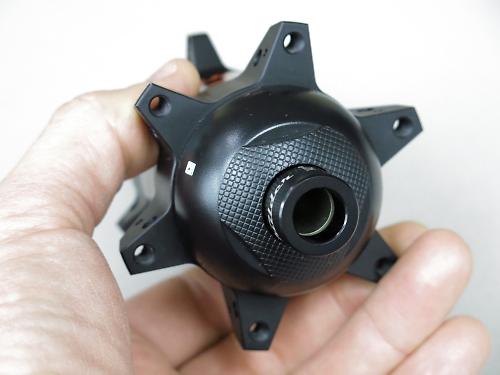 You may have noticed that road disc bikes are a thing now, so PowerTap have announced a new disc hub based on their straight-pull G3 unit, designed to appeal to the gravel market as well as mountain bikers. It's 180g lighter than the previous disc hub, and it's compatible with 135mm quick release and 142x12 thru-axle standards. The 6-pawl freehub has been redesigned; there's an 11-speed Shimano/SRAM one as standard with the option to fit a SRAM XD body if you need one for your mountain bike drivetrain. 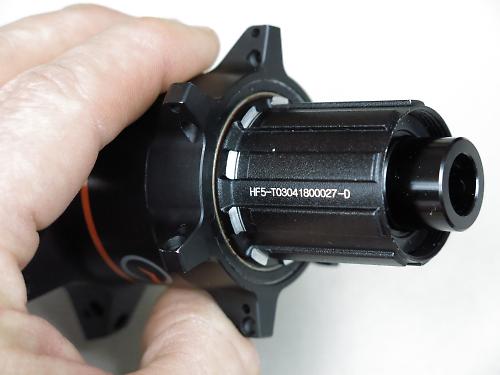 The G3 hubs can run as either ANT+ or Bluetooth with a swappable end cap that contains the chipset. The straight-pull spoke flanges are wider spaced for better lateral wheel stiffness. There will be 24- and 28-spoke versions available, and there's a 160mm matching rotor that weighs 150g. Likely RRP for the G3 Disc hub is £899, and the drop date is about a month from now. On top of all those new devices for measuring your power, PowerTap have also updated their head unit. The new Joule GPS+ adds Bluetooth capability to the existing GPS and ANT+ and you'll be able to pair your smartphone with the unit for quick and easy uploading of your ride data. At the moment the Bluetooth functionality doesn't extend to pairing with Bluetooth sensors, although PowerTap say that this is down to the firmware in the chipset: the unit is hardware-ready for Bluetooth sensors and an update is planned when the chip's firmware can handle them. Like the sensors, this will be an over-the-air process via your smartphone. Currently the PowerTap team are working on the iOS version of the app, and then it'll be Android and probably Windows too. 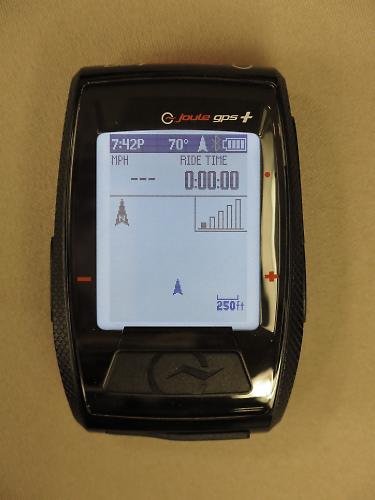 Not much else has changed on the Joule, so if you're already used to the menu structure of the current devices you shouldn't have any problems with this one. The Joule GPS+ will retail for £175 in the UK, and stock is available now.

With all those different positions for measurement you can make some interesting observations about the transfer of power from your legs to the rear wheel. "The numbers track each other pretty accurately", product manager Justin Henkel told us, "although because of the different ways the systems measure input you can get a slight lag between the application of the power and it registering on your head unit. The hub still picks up the fastest". What's also interesting is looking at the fall-off in power from pedals to hub under certain circumstances. "With a clean drivetrain and a good chainline, the difference from pedals to hub is under 2%", Henkel said. "But if your chain is dirty, or you're running a crossed chain [big chainring to big sprocket, or small to small] then the drop can be as much as 8%". That's worth knowing if you're looking for those marginal gains: you might negate the benefit from your bongo hat or skinsuit just by not taking good care of your bike, or picking the wrong gears.

The PowerTap website will be updated with full product details soon, so bookmark www.powertap.com for more details.