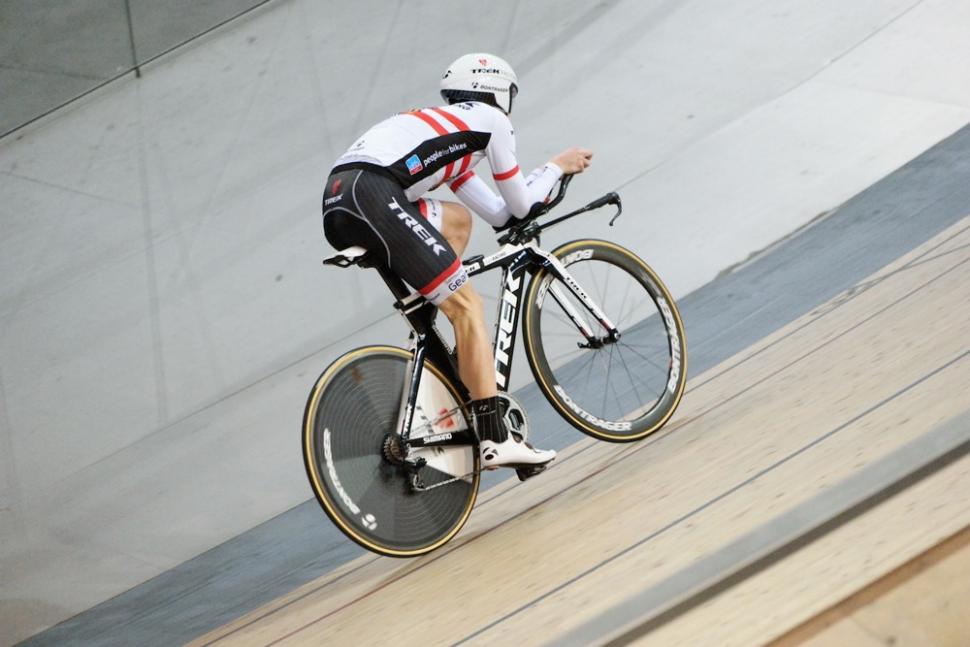 A new article from Trek Factory Racing ahead of this Sunday’s Paris-Nice uphill time trial gives an insight into the level of scientific analysis involved in both equipment selection and race strategy in professional racing today.

The Paris-Nice riders will race individually 9.6km (5.2 miles) up Col d’Èze, just outside Nice. That’s not long enough for massive time gaps to appear, but it’s the final stage of the race so any small advantage a rider can gain could have a major bearing on the overall finishing positions.

Trek Factory Racing say that they’ll be the first team to have conclusive data on what bikes and strategy are best for tackling the Col d'Eze time trial, where teams have tried just about everything in the past to get the edge over their competitors.

At the time of writing (Friday morning), Michal Kwiatkowski (Etixx-Quick Step) is leading Sky’s Richie Porte by just one second. Geraint Thomas (also Team Sky) is just two seconds further adrift. Ten other riders are within a minute of Kwiatowski, although that could all change before Sunday. Whatever happens between now and then, the uphill time trial could prove decisive. Back in January, Zoidl spent a day at the Velodromo Palma de Mallorca track with other team members Bob Jungels and Frank Schleck (Schleck was scheduled to race Paris-Nice but injury has prevented him taking part), coaches, support staff and engineers, to prepare for the Col d’Èze climb.

The track doesn’t seem the obvious testing ground for an uphill time trial but Trek Factory Racing are using software from Best Bike Split to help determine the best equipment choices and the best pacing strategies for race day conditions.

Best Bike Split says, “Our math and physics optimisation engine takes your power data, course info, and race day conditions to predict your race performance and create the perfect power plan so you can hit your best bike split ever.”

The biggest question for the team was the bike setup that each rider should use. 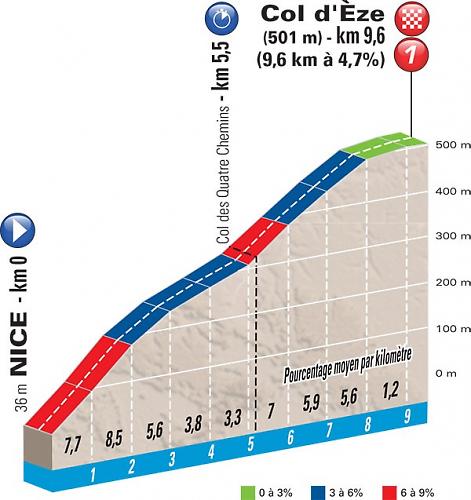 "The Col d’Èze is a little bit of a complicated time trial from an equipment selection perspective because it's an uphill TT, but a relatively gradual gradient,” said Trek Factory Racing’s technical director Jordan Roessingh.

“Historically, teams have been all over the place in terms of what equipment they have used: sometimes full TT bikes, sometimes road bikes with aero extensions, and sometimes just road bikes.”

The team took aerodynamic values of the different setups on the Mallorca track – the riders on Trek Emonda road bikes, Emondas with aero extensions, and on Trek Speed Concept TT bikes –  and also various helmet options.

“The aero data… was then turned over to Best Bike Split who plugged these raw aero measurements (along with athlete critical power curves, course maps, weather data, equipment weights, rolling resistance measurements, and Trek’s massive library of wheel combination wind tunnel data) into a math and physics optimisation engine to generate a highly realistic race simulation for Jungels and Zoidl in the uphill race against the clock Sunday,” say Trek Factory Racing. 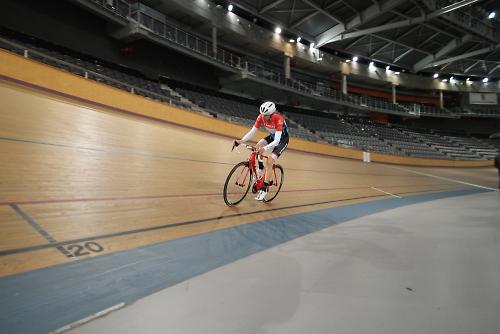 As well as informing equipment choice, the software is designed to help with race strategy. With a gradient that varies up the climb, it’s not simply a question of getting into one position and intensity and holding that for the entire course.

“By knowing Bob’s and Riccardo’s drag for the various equipment (bike, wheels, helmet) and positions we can give a very accurate time difference for all potential race setups for the course.

“The models look at places on the Col d’Èze course where the riders should stay in a more aero tucked position versus when they should come out of the tuck for a more powerful climbing position. Wind can play a large role in equipment choice as well. While this is minimised by the terrain of this particular course, it is another factor that will be considered on race day when the final bike selection will likely be made.”

So, the team will make their final decisions according to the conditions on the day – not that they’d be revealing those decisions ahead of time even if they’d already been made.

Of course, it’s the riders rather than the bikes that will make the real difference, but the idea of all this analysis is to give each of them the best chance of putting in a big performance on Col d’Èze on Sunday.