Subscribe
Back to news
news
Miscellaneous
Community
Art and design Last weekend was snow, sunshine and turbo training by an open fire this weekend it will be… well, show us
by Elliot Johnston

Oh darling, you shouldn’t have. For the second week running we’ve been spoilt rotten by the responses to our #mycyclingweekend photo project.

Alongside Valentine’s Day cards and chocolates, we had over 250 of your finest cycling photos roll on into the road.cc offices; we feel very loved.

Much to our partners’ dismay, the steady flow of pictures of your cycling endeavours left us somewhat distracted from our Valentine commitments - just as it seems many of your bicycles distracted you.

We were a little confused to see very few Valentine's Day-themed shots. However, our faith that romance in cycling isn't dead was restored by Twitter user Delph Wynd, who uploaded this rather tough-sounding heart-shaped map to his Polaroid Blip account - you can see that, here.

The weather, while feeling milder in the UK, was a long way from the beautiful sunshine we experienced last week. That much was evident in our somewhat damper photo set, and might also explain Ian Haymer’s broken collarbone photo, which he attached to a comment on our #mycyclingweekend Facebook post. 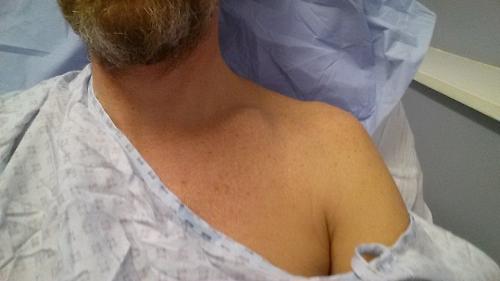 Last week photos came in from near and far, from Melbourne in Derbyshire all the way round to Melbourne, Australia. This week we've had a similar spread. This photo of Blaydon Cycle Club utilising a selfie stick in the North East of England is one of our favorites, as is Instagram user @_daveharvey_'s Cat-riding bicycle in Vancouver. 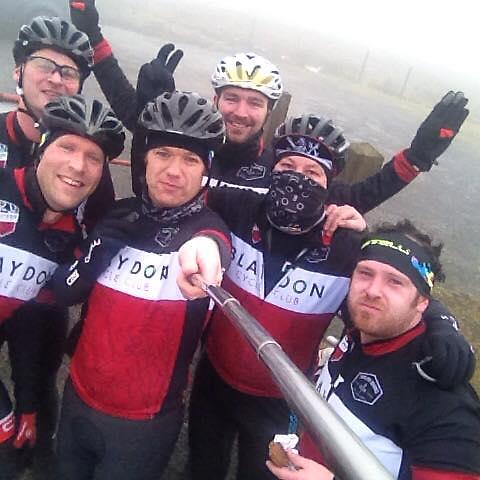 A photo posted by D H (@_daveharvey_) on

Many Valentine's Day cynics will argue against our earlier observation that the batch of photos you sent in this week were lacking in romance. After all, romance can come in all sorts of shapes and sizes, and is far from restricted to the clichéd roses and chocolates that many would have you believe. You could argue that there's a certain level of romance in a windswept decent, where you're at one with your machine, I'm sure Helen Ryan on Facebook would agree: We enjoyed every single photo we were sent, so we've attached a few more below for you to enjoy - there's even one from our very own VecchioJoe. Remember though, you can see more of the 250+ photos that were sent our way by searching #mycyclingweekend on your Instagram app, on Twitter, or on Facebook. You'll also find a lot of great shots attached as comments to the Facebook post that we made on Saturday, here.

A photo posted by Lowell (@lowe11) on

A photo posted by Ade (@cycling_ade) on

Wet, grey and good Fondo ride up to the Heads of the Valleys. Still some snow around, not Spring just yet.. #wymtm #outsideisfree #blackandwhite #strava #Fondo #Wales #UK #mycyclingweekend