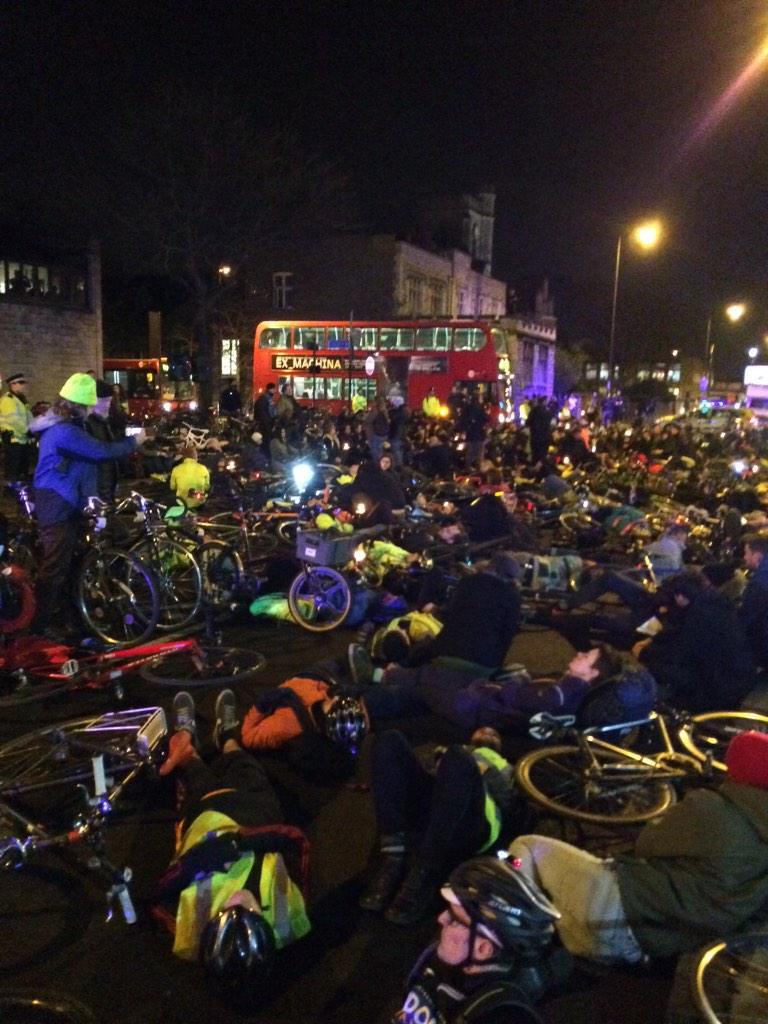 After 2013 death, Camden Council has no plans to make area safer
by John Stevenson

A vigil and die-in will be held on Monday, February 16 in memory of Federica Baldassa, the 26-year-old cyclist who died after being hit by a lorry on Friday February 6.

An Italian national, Federica Baldassa moved to London ro pursue her dream of working in the British fashion industry.

She had previously worked for Vivienne Westwood in Milan.

Ms Westwood told the Evening Standard: "We are shocked and upset to hear this devastating news.

"Federica was a beautiful person whose optimism and dedication will be missed by all who knew her. My thoughts are with her family at this difficult time.”

Federica Baldassa was killed in the vicinity of the junction where Francis Golding sustained fatal injuries in a collision with a bus in November 2013.

At the April 2014 inquest into the death of Francis Golding, a spokesman for the Metropolitan police said there had been 77 collisions at the junction in the last 10 years. Of those, 29 involved cyclists, three of whom were killed. A redesign of that junction should be considered, the Met said.

Coroner Mary Hassall expressed disappointment that Camden Borough Council had done nothing to reduce danger at the and issued a Prevention of Future Deaths report, giving the council 56 days to explain what steps they planned to take to make the junction safer.

In its response to the report, Camden Borough Council explained what it planned to do: nothing.

It states in the Prevention of Future Deaths report that you believe that action should be taken to prevent future deaths and that Camden has the power to take such action, but it is not clear from the report what specific action you expect Camden to take. However, from the content of the report we have taken the action to be early consideration of the Vernon Place / Southampton Row junction for improvement.

As stated in the Council’s evidence provided to the inquest, following the incident on 5 November 2013 a site meeting was held on 26th November and was attended by the Council and the Metropolitan Police. There were no significant issues identified with the layout of the junction that contributed to the incident on 5 November 2013 and no further actions were recommended by the Police. If the Police had identified any action to be taken this would have been prioritised by the Council and implemented at the earliest opportunity.

The report states that this junction leaves cyclists particularly vulnerable. As noted above, this location is a constrained central London location and the demand from motor traffic, cyclists and pedestrians is high and competing for limited space. The Council is legally obliged to consider all of these demands and provide arrangements and facilities that best balance these competing uses.

The council went on to explain that the area will be looked at as part of a wider Holborn scheme, but no decisions on the details of that scheme would be made until well into 2015, and even if the plans included changes to Vernon Place, they would not be implemented until after public consultation, pushing changes back into late 2015 or 2016.