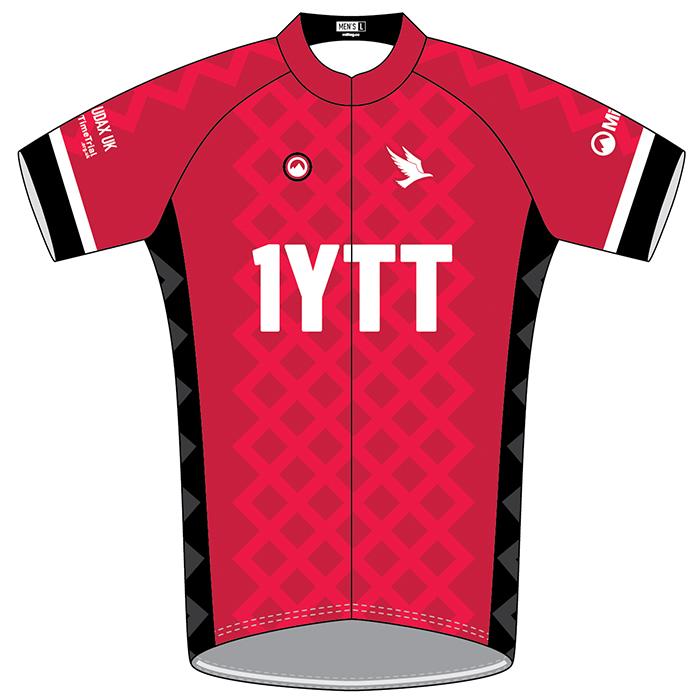 Milltag has produced a supporter’s edition of the jersey worn by Steve Abraham in his attempt to beat Tommy Godwin’s 1939 record for greatest distance cycled in a single year. Now 10 per cent of the way through the year, Abraham is ahead of schedule.

Available in both men’s and women’s sizes, the One Year Time Trial jersey is inspired by the woollen ones worn by Godwin in 1939 and is said to serve as a daily reminder to Abraham of how long the record has stood. £10 from each jersey sold will be donated to Steve’s volunteer fund.

Milltag are providing Abraham with much of the clothing he needs for his record attempt. Ed Cowburn, co-founder said:

“When we heard about Steve’s attempt we knew we wanted to help straight away, and so far he’s ridden 6,700 miles in our kit, which we’re immensely proud of. He’s doing an incredible job and the new jersey will raise money for him as well as create visible support for his hugely popular record attempt.”

At the time of writing – 37 days in, just over 10 per cent of the way through the year – Abraham had actually ridden 6,871 miles. In 1939 Godwin rode 75,065 miles in a single year, but Abraham is ahead of his schedule as he plans on increasing his daily distance as the days get longer.

"I plan to lengthen my rides as the daylight hours lengthen, which will give my body time to adapt to the mileage. I will be aiming for about 170 miles per day in winter and taking it up as high as 300 miles per day in mid summer. I will then hope to taper the distances downwards again going into the next winter."

You can see a visual representation of Abraham’s progress compared to his schedule and Godwin’s performance here. That page also shows the progress of American ultramarathon cyclist Kurt Searvogel.

While Searvogel hasn’t cycled as far as Abraham this calendar year, this is because his attempt is running for a 12-month period from January 10. He too is planning on increasing his distance in the summer months, but based in Florida he can take advantage of better weather at this time of year and has therefore managed more miles per day than Abraham so far.