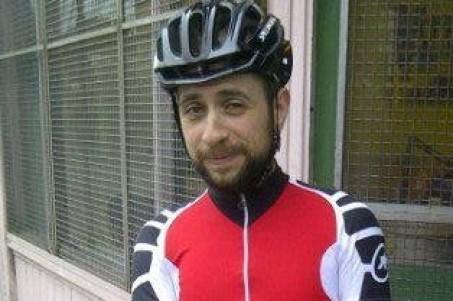 Nearly £6,000 has been raised in just one day through a crowdfunding site to help repatriate to his native Greece the body of cyclist Akis Kollaros, who was killed when he was hit by a tipper truck in east London earlier this week.

More than 300 people, many of them cyclists and including friends and clubmates of the London Dynamo rider, plus others who never met him, have donated money through the website, GoFundMe.

Akis Kollaros was taken from us in a tragic accident this week. This fund has been set up to raise money for his family to help them bring his body back to Greece. Times are tough in Greece and every penny will help them.

In a message posted yesterday afternoon, Phil Jones, who set up the appeal, said: “Thank you everyone who has donated.

“Through your generosity we've raised enough to get him home but there are still funeral expenses etc to cover so please keep donating.

“It's a huge weight off the minds of his family and a fitting tribute to such a great guy,” he added.

A vigil will be held on Monday evening at 6pm in memory of the 34-year-old, who lived in Dalston and worked as a music producer and sound engineer.

Organised by the campaign group Stop Killing Cyclists, it will take place at the location where he was killed, at the junction of Homerton High Street and Mackintosh Lane.