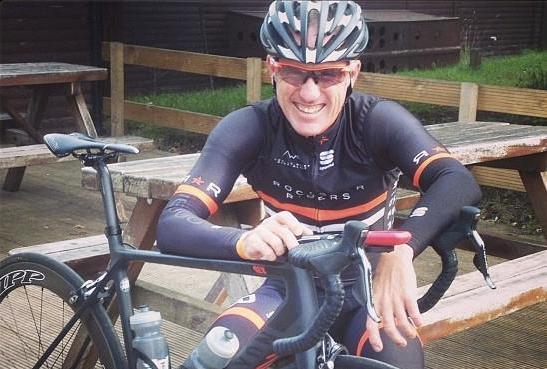 London-based cyclist Bruce Berkeley has set a Guinness World Record for riding the longest distance in a month. Once ratified, it will be the second time in a year he has got into the record books – last June, he set one for the most distance covered in a week.

The mobile bicycle mechanic, originally from New Zealand but living in the UK for more than two decades, rode 9,750 kilometres during the month, at an average speed of 29 kilometres an hour and with 45,000 metres of climbing thrown in.

Given the UK is in the depths of winter, Berkeley set off for Australia to undertake an endeavour that saw him average more than 300 kilometres a day during January, even hooking up with Team Sky as they undertook a training ride for the Tour Down Under.

As was the case when he set the Guinness World Record for distance ridden in a week last year, there was no existing record ratified by the organisation for Berkeley to aim at.

He told Wade Wallace of Australian website Cycling Tips that Guinness World Records had suggested he ride at least 5,000 kilometres, but he was aware other people on Strava were posting greater monthly distances so decided to aim for 10,000 instead.

That’s actually some distance short of the 13,813 kilometres that Tommy Godwin rode in 1939 on his way to establishing a new record for distance ridden in a year, and the likelihood is that Berkeley’s mark will be beaten at some point this year by Steve Abraham and Kurt Searvogel.

Both of those riders are aiming to break the 'unbreakable' Year record – but their attempts aren’t recognised by Guinness World Records, which considers the feat too dangerous to attempt.

While they covered less distance than Berkeley last month, as the days lenghten in the Northern Hemisphere over the coming months, so too will the distances they put in.

Likewise, the 2,825 kilometres Berkeley rode to establish that weekly record last year is less than the distance covered in the Race Across America (RAAM), though Guinness World Records doesn’t tend to recognise events where sleep deprivation may be an issue.

We’re aware of other examples of riders putting in more than 3,000 kilometres in a week – Mike Hall during the first seven days of last year’s inaugural Trans Am Bike Race for instance.

None of that is to disparage Berkeley’s achievements – almost 10,000 kilometres is something many cyclists would be happy to be able to ride in a year let alone a month, and being able to put in a daily distance greater than that of the longest one-day pro race, Milan-San Remo is beyond all but a handful.