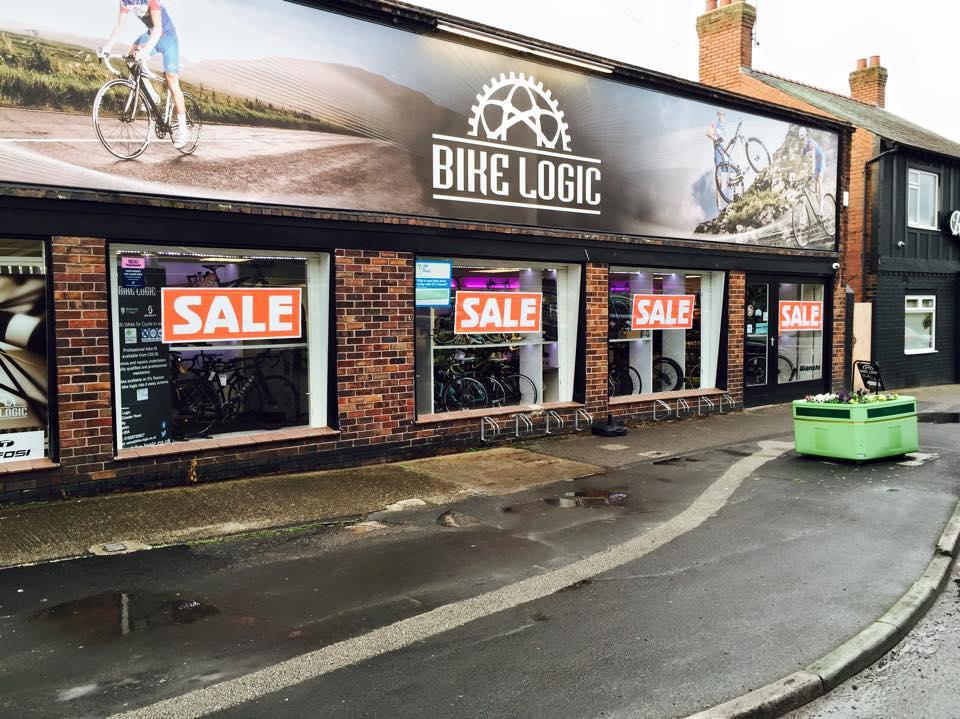 Owners of Bike Logic in Helsby say they won't let the thieves force them out of business...
by Simon_MacMichael

The owners of a bike shop in Chester say they will carry on trading and not let thieves force them out of business after falling victim to a burglary in which £40,000 of stock was stolen.

The thieves got away with 30 bikes following the break-in at Bike Logic in Helsby, seven miles from Chester, with the theft which took place at around 11.20pm on Sunday 18 January forcing the temporary closure of the shop.

News of the break-in was broken the following morning on the business’s Facebook page, with a post reading: "The shop has been ransacked, over 30 bikes, all the clothing, equipment etc. for this reason the shop will be closed until further notice.

"Brands stolen include Bianchi UK, Focus Bikes UK, Orbea and Scott bikes. Any information or any suspicious behaviour seen would be much appreciated as all the cameras, phone lines and alarms where cut before entering the shop."

According to the Chester Chronicle, it is the second time that the shop, which opened in 2012 by Lewis Carter who wanted to turn his love of cycling into a career, has been burgled.

As well as bicycles, the shop’s entire stock of clothing, lights and saddles was stolen, as were cycling helmets and shoes. The thieves also took a customer’s time trial bike worth £8,000, plus the shop’s CCTV recorder.

Ian Carter, who helps his son run the store, said: “The easy thing would be to cease trading but this would mean the thieves have won over our livelihood and we are not willing to bow down to this type of people.

“We have a following of customers who deserve a quality outlet for servicing and the messages of support encourage us to carry on.”

He added: “We hope our insurance company are able to support us as we need to settle our existing commitment to the suppliers before they will extend additional credit to us.”PC

“However, to remove the volume of bikes and equipment would still have taken a substantial amount of time.

“We would appeal to anyone who saw activity around the shop at the time to contact police.

“We will continue to support and advise local businesses on security to ensure that this does not happen again.”

Anyone with information about the break-in is requested to call Chester Constabulary on 101 quoting incident number 142 of Monday, January 19.