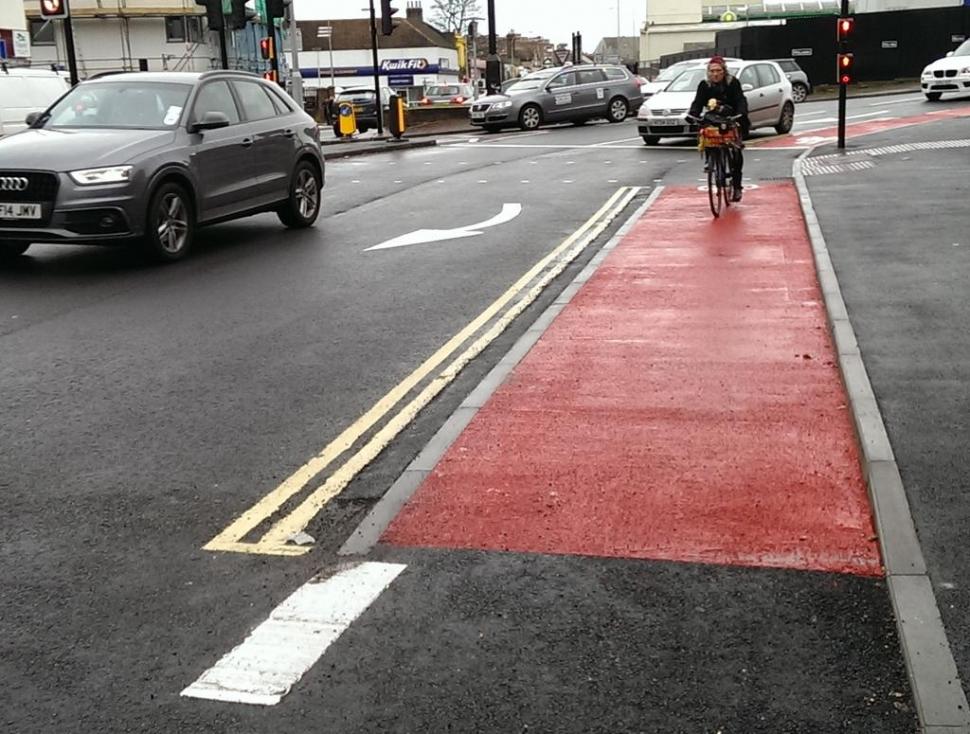 Brighton & Hove City Council says it will conduct further tests on a cycle lane branded a "death trap" where a number of cyclists crashed last month as a result of a hidden kerb, in the hope of finding a permanent solution to the problem.

The local authority put a temporary ramp in place to lessen the danger to riders following a spate of crashes after the Vogue Gyratory on Lewes Road reopened last month following a £600,000 makeover.

According to The Argus, there have been no recorded incidents of riders coming off their bikes since that makeshift solution to the problem was put in place.

Council officials are said to be investigating finding a permanent solution amid concerns that the short-term measures are not “durable enough.”

The newspaper says that of particular concern to the council is the belief that in the absence of the kerb, motor vehicles will encroach onto the cycle lane.

One of the cyclists who was injured at the location concerned is Bev Wells, who sustained a fractured hand an elbow when she fell off her bike.

She believes that the design of the road layout makes it impossible for two vehicles and a bike rider to share the road safely there.

“You can't do something like this piecemeal,” she told the Argus. “You would hope that the council would get it right in the first place, but why are they only looking at it again now more than a month after the accidents?”

Ian Davey, the city’s lead councillor for transport, said: “Generally the Vogue is demonstrably safer for bikes and has been well-received by cyclists.

“Although these kerbs are common, we've had this unexpected situation of a few cyclists apparently entering the bike lane from the side and failing to see the kerb.

“But the arrangement has to be easy to understand and safe for everyone so we need to test whether a cycle lane flush with the road keeps cyclists safe from vehicles or whether we need a kerb of some sort which bikes won't trip over.”

Confirming last month that a temporary ramp had been put in place, a council spokesperson told road.cc: “We have put in some temporary measures and additional signage warning of the new layout.

"Cycle representatives were involved in the new design of the new junction, and we will involve them in any future review.

"Most cyclists using the new facilities have had no problems and the feedback we’ve had has been generally good.

"We will continue to monitor the performance of the junction closely, as we do with all our new transport schemes."