If you’re a Team Sky fan you’ll be interested to know that Rapha, the official clothing supplier to the team, have now released the 2015 collection for sale. The range includes the Team Sky Pro Jersey (£120), Team Sky Pro Bib Shorts (£190) and Team Sky Pro Socks (£15), all available at Rapha’s website. 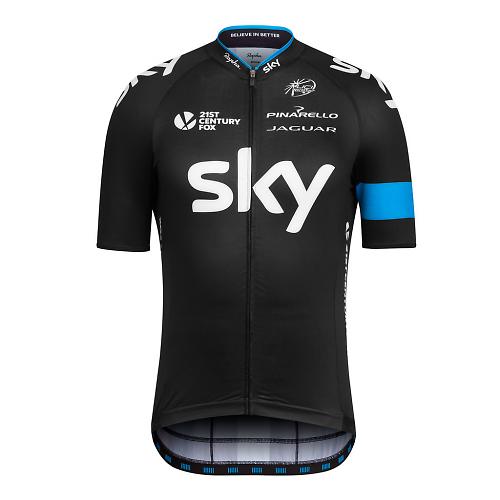 Visually, the kit has changed very little. It retains the predominantly black colourway they’ve had since they first launched, and really the only change we can identify are the new vertical stripes on the back panel of the jersey. If it ain't broke and all that... 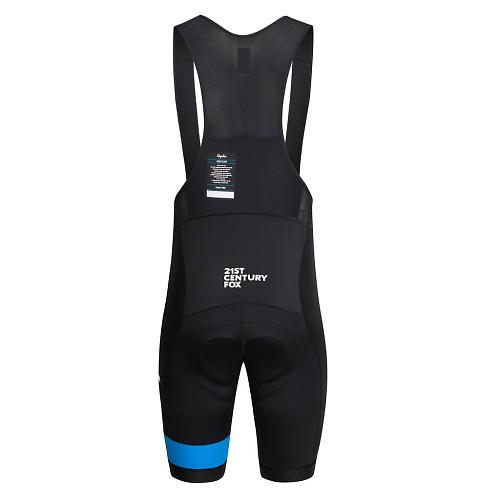 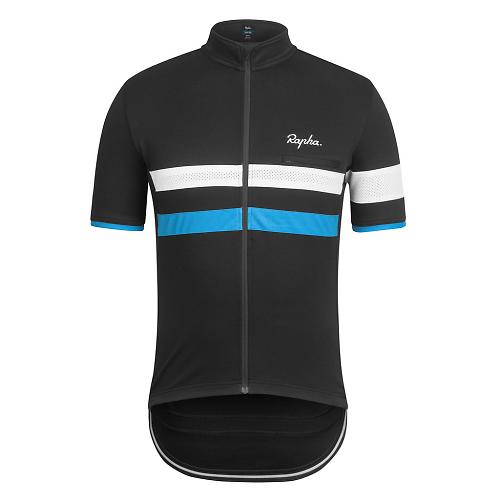 We first spotted this new addition being tested by the team at their training camp in Majorca earlier this year. The Brevet jersey has been in Rapha’s range for a number of years, and gets its name from the Brevet card used by Audax cycists to record their ride. The jersey was designed for the Rapha employees who embarked on the mighty Paris-Brest-Paris 1,200km Audax several years ago. You can read our review of the Rapha Long Sleeve Brevet jersey here.

The Team Sky Training Brevet Jersey (£130) is designed as training jersey for the team in the depths of the winter. More realistically it’s a nice understated jersey for any Team Sky fans that don’t want to wear the team kit, but still want to support the team. There are no Team Sky logos on it at all, so you could just treat it as another addition to Rapha’s large clothing range. Essentially, it’s identical to the existing Brevet jersey, but only available in short sleeve configuration.

With the twin reflective bands on the chest and sleeves, plus additional reflective details on the centre pocket, it’s ideal for long distance Audaxes, but also ideal for riding to work and evening training rides in the spring and autumn. The Rapha website lists an accompanying Team Sky Training Brevet Gilet is coming soon. The jersey is made from Sportwool with three large pockets and one extra zipped ballast pocket for a gilet, and a small zipper valuables pocket, and a full-length main zipper.

Kinesis have some new frames in development. We know this because this past week the company have released a few teasing photos on Twitter. 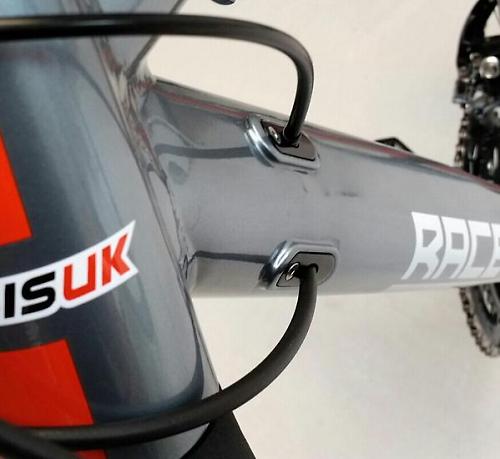 First up is this new Racelight (it says as much on the down tube). Now it’s clearly not a titanium frame, so that rules out the GranFondo Ti. Given the popularity of disc brakes, and with their own Tripster ATR, could it be a disc-equipped Racelight 4S? Sensible money would be on that being the case. That's some interesting cable routing as well, and those plugs suggest compatibility is a big thing, to easily accommodate different groupsets and brakes. Next is this one, a frame labelled as a GF_Ti. Look closer though and it’s clearly a disc-only frame, because there’s an absence of a rim brake. They could have gone with a chainstay mounted brake of course, but we very much doubt it.  A disc-equipped GranFondo Ti then would appear to tick the box.

We’re off to Core Bike, a trade-only bicycle show next week, and Kinesis will be there so we’re make sure to get the full skinny on these new frames.

Nutrition company Torq will be adding the new SnaQ bars to their 2015 range soon. They haven’t been officially launched yet, but they have released some details on their website. 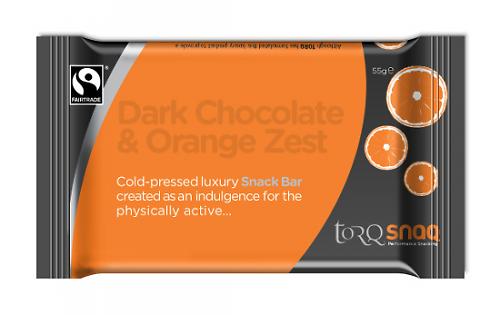 The company says the bars have been made to provide a “healthy and ethical alternative to traditional confectionery and they’ve been formulated with athletes and physically active people in mind.”

What that means is that these aren’t intended to be used as a source of energy when cycling. Instead, as the name implies, they’re a healthy afternoon to a Snickers in the afternoon. The bars are low in fat, high in Whey protein, so they’re good for aiding recovery. Whether they cost the same as a Snickers remains to be seen. 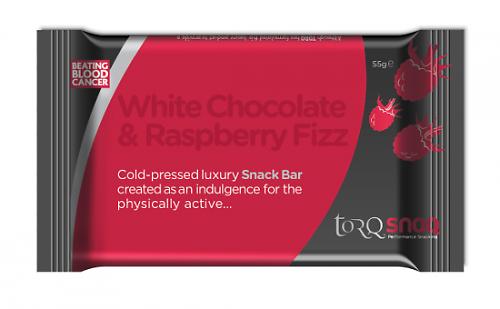 Last September we got a first look at Look’s new Keo 2 Max Blade pedals, and after much waiting, they’re now available. 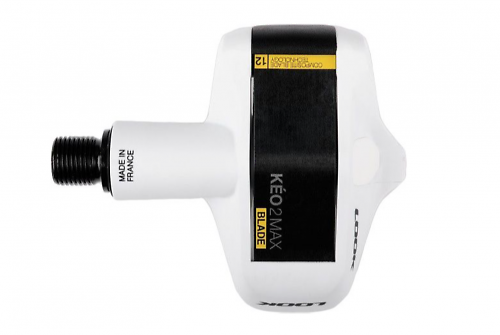 The new pedals combine the existing Kéo 2 Max with a composite strip providing the tension, a lot like the carbon blade in the Kéo Blade. The company have been using this rather novel carbon spring mechanism on its top-end pedals since 2010, and it has now trickled down to the more affordable Keo 2 Max level.

Using a glass fibre composite material, rather than carbon fibre, for the spring keeps the cost down, and provides a lower engagement tension. Two tension blades are available so you can adjust the level of tension. The pedals will be available in black or white. Look claim a 120g weight for each pedal, and 308g per pair with cleats and screws. The cost? They’re £109.99 a set.

Find out more at www.lookcycle.com

Monitoring your heart rate when cycling is very useful for gauging your level of exertion, but the heart rate straps that you clamp around your chest are far from comfortable. FitLinxx AmpStrip looks like it could be a nice alternative, and it has just hit its funding goal on crowd funding website Indiegogo (which is a bit like Kickstarter) so it'll be available to buy soon. What is it? The FitLinxx AmpStrip is a small, thin and waterproof device that sticks to your torso using a replaceable hypoallergenic medical-grade adhesive, much like a plaster, and can track your heart rate and relay that data to a suitable device via low energy Bluetooth. They do have future plans for an ANT+ version, but at the moment they’re concentrating on Bluetooth. 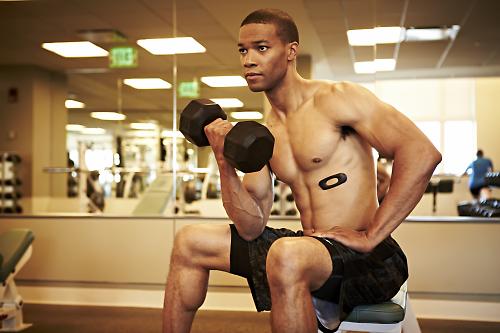 Because it’s unobtrusive, you could wear it all day if you wanted, or up to 7 days apparently without having to remove it the adhesive is that long-lasting. You get 30 adhesives in the box, they have to be removed from the AmpStrip device after every use.

The company have developed their own app but it’ll also be compatible with apps from Strava and MapMyFitness. The battery lasts a claimed 7 days or so, and is charged wirelessly by just laying it on its own charging mat, supplied in the box.

They aim to make it publicly available in July.  Find out more at www.ampstrip.com

I reckon we've saved the best till last this week. There’s loads of talk about wearable tech and the rise of smartwatches at the moment, but this is a product we just didn’t see coming at all. Leatherman have launched the Tread, a multi-tool that can be worn around the wrist. The Tread can provide a total of 25 tools. There’s everything you might expect on a regular multi-tool, such as multiple screwdrivers, hex, Torx tools and more. The Tread is fully customisable, it comes apart so you can rearrange the links, add new ones, and adjust for wrist sizes. 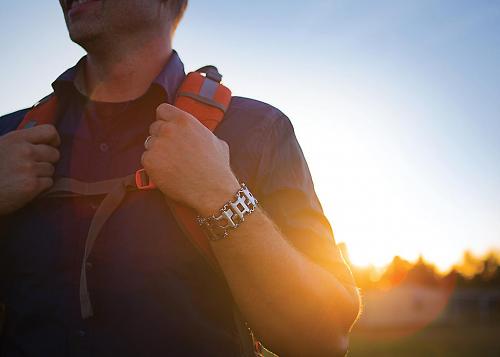 Leatherman will also be offering a version of the Tread with Swiss-made timepiece that can be interchanged with the links. Don’t expect to see it available until autumn though. No price for either the regular Tread or Tread Watch have been released, but expect prices in the region of $150-200 according to Leatherman. 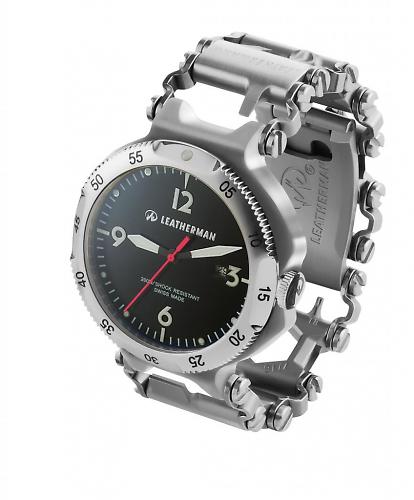