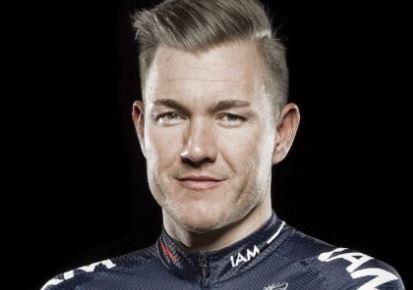 Heinrich Haussler, who gave up German citizenship in 2010 to ride for Australia, the country of his birth, is its new national road champion – and says it is “the best day of my life.”

Haussler had rejoined a small front group with three of the 18 laps remaining, and beat Ewan, 10 years his junior and tipped for stardom, despite his chain coming off in the sprint.

“To be honest I still can’t believe it, it’s seriously the best day of my life,” he said afterwards, reports the Cycling Australia website.

“It means everything. To start the season off like this and to have the jersey now, it just puts you on a different level," Haussler went on.

“It was just a tough sprint and the lactic acid was just coming out of my ears in that last one hundred metres.

“Thank god the line came and I got there first, I just couldn’t believe it,” he added.

The 26-year-old said afterwards: “Of all the national titles [I’ve won], I’m a Mountain Biker, I would still prefer to win this.

“It is by far the most prestigious and hardest to win and especially with the depth that we have in women cycling.

“It’s a bit ironic because it is supposed to be my only road race for the year and now that I have won the stripes, I might have to change my plans,” she added.

SASI’s Miles Scotson wonthe men’s under-23 time trial, and doubled up today by clinching the green and gold jersey in the road race jersey.

“I’m thrilled to bits to win and what a great podium we’ve got. To win this time trial in such a class field is fantastic,” said the Sky rider.

Here are the video highlights of the time trials.