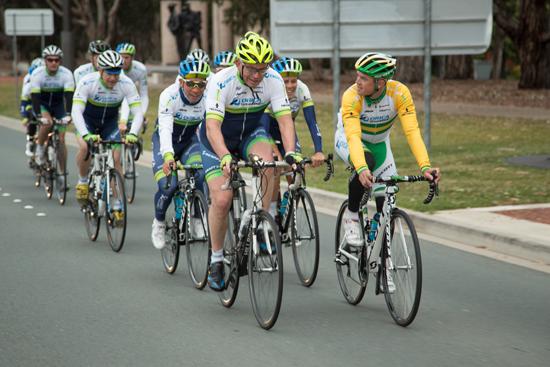 Australian Prime Minister Tony Abbott is at more risk of injury from kangaroos then he is of falling off his bike, insists one of the country’s leading cycling advocates. Stephen Hodge was responding to a call from the politician’s outgoing doctor for him to stop cycling and go for a morning walk instead.

Doctor Graeme Killer, who has been the physician to the country’s prime ministers since the 1990s last week told The Australian it was only matter of time before Mr Abbott was injured while riding his bike.

“One day he’ll come off,” he said. “My son’s a great cyclist, but of course he was riding down St Kilda Road and someone opened the door on a taxi and he went bang.

“His shoulder has been repaired but he can’t swim properly any more. He’s got sort of frozen shoulder.

“I really think the Prime Minister, he’d be advised to get a different sport.

“I encourage exercise totally, but riding a bike?”

He said Mr Abbott should follow the example set by John Howard, who was the country’s premier from 1996 to 2007.

“We all walked,” he said. “Even the staff in the office, they all came along too,” Dr Killer said.

He has ridden with Mr Abbott for the past decade on the politician’s annual Pollie Pedal charity ride, and also organises the Parliamentary Cycling Group Riders on the Hill event.

"Tony himself has asked me about this risk but I have to say in Canberra, which is where I live, I think we face more risks or as many risks from kangaroos as we do from cars," he told the radio station 3AW.

"Cycling is so popular it can be very safe but clearly if you ride down St Kilda Road [in Melbourne] there are some inherent risks."

He said he had encouraged Mr Abbott to use a bike to travel the 1.5km from his official residence, The Lodge, to Parliament House, where his office is located.

"It would be easier for him to ride to work," he explained.

In November, Abbott went for a training ride in Canberra with Orica-GreenEdge riders including Simon Gerrans, winner in 2014 of Liège–Bastogne–Liège and the Santos Tour Down Under.

At the time, Gerrans said: “It was a real privilege to have the Prime Minster join us this morning for a ride here in Canberra. It’s good to see that he is also a keen cyclist.”