An introduction go the road.cc Bike of the Year 2014/15 Awards
by David Arthur @davearthur

This year we’re expanding the awards, to recognise the diversity and quality of the bikes currently available. So, as well as the main Bike of the Year Award where we pick our overall Top 10… or possibly 11, and our Superbike Shootout we’ll also have standalone awards for: Sportive Bike; Best Budget Road Bike; Cyclocross and Adventure Bikes; Framesets; Commuter Bikes; and Touring and Audax Bikes.

We pulled together the shortlist for each category by first rounding up all the bikes that reviewed well, so those scoring higher than 8/10, and then we whittled those down via a process of discussion until the best bikes shone through. In some categories there was an obvious standout winner, in others the debate was heated and lengthy. It’s no easy task, but we got there in the end - we tested a lot of very good bikes in the past 12 months at a wide variety of price points.

On Sunday then we’ll start revealing the winners across these categories. To build up the tension, we’re going to reveal the category winners first, followed by the standalone Sportive Bike Awards on Monday, the Superbike Awards on Tuesday, and then finally the awards will culminate with the unveiling of the road.cc Bike of the Year 2014/15 winner… we thought it would help cheer up that first back to work week in January. 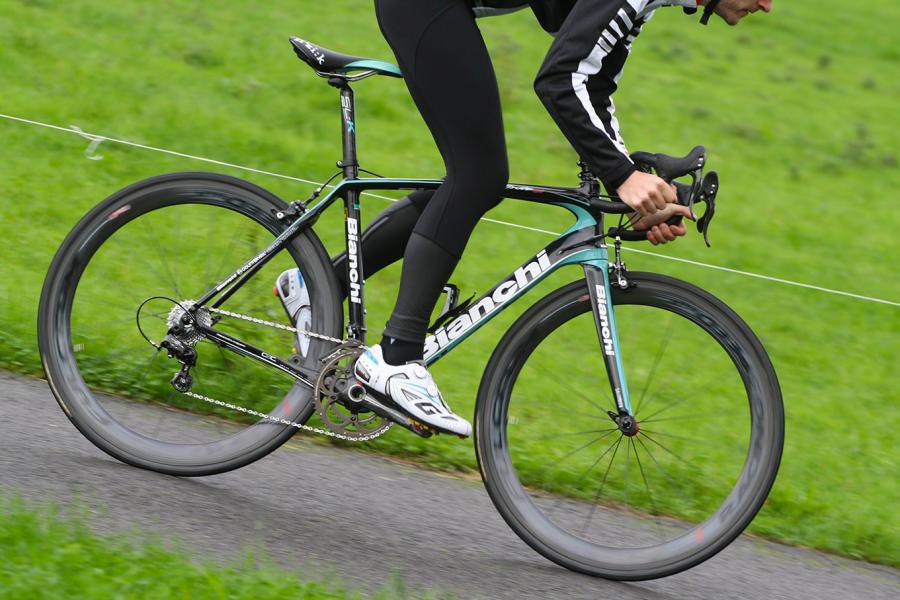 Last year’s winner was the Bianchi Infinito CV, a bike that offered stunning performance and smooth comfort all delivered by some very clever frame material technology. We tested the Infinito CV Disc this year along with a lot of very good disc brake equipped bikes - will it make our shortlist this time around? You'll find out soon.

Without wanting to give too much away, we’ve seen some brand new bikes as well as updated classics that could be contenders. From the Cannondale Synapse which came close to winning last year, the super light Trek Emonda SLR that won Mat’s heart, the Orbea Avant, Factor’s striking Vis Vires, the Aprire Vincenza, Colnago C60, Giant Defy, Merlin PR7, Ridley Fenix, Surly Straggler, Niner RLT 9… really there are too many to mention here, so we won't. All will be revealed soon.