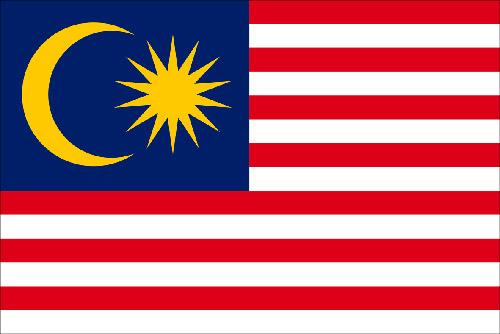 A lot of students ride home from university on their bikes, but it generally doesn’t demand an 11,000km journey. After completing a Master’s degree in mechanical engineering at Sheffield University, 24-year-old Badrul Hisham Burhanuddin rode home to Malaysia, raising money for orphanages and the Palestinians in Gaza in the process.

Free Malaysia Today reports how Badrul Hisham arrived with a bang in Klang, his home city, with his father, mother and other family members all greeting him at customs. He had cycled 100km a day and passed through 18 countries to raise 3,500 Malaysian ringgit for charity (about £650).

As you might expect for such a long journey, things didn’t always run smoothly. He claims he suffered kidnapping and robbery attempts in Turkey and Thailand. “I also suffered food poisoning and almost gave up, but the strong support from my family kept me going. Alhamdulillah (All praises be to Allah), I managed to complete the mission.”

His next challenge will be to cycle his way to Mount Everest “to prove a Malaysian’s ability to create a success story.”

Clearly his long distance cycling appetite has not yet been sated. How far would be far enough? Earlier in the month we reported on travel writer, Charlie Walker, who had just completed a 43,000 mile trip – a distance that is the equivalent of going twice round the planet. After spending 1,606 days on the road, Walker said he was in no rush to hop back on a bike.