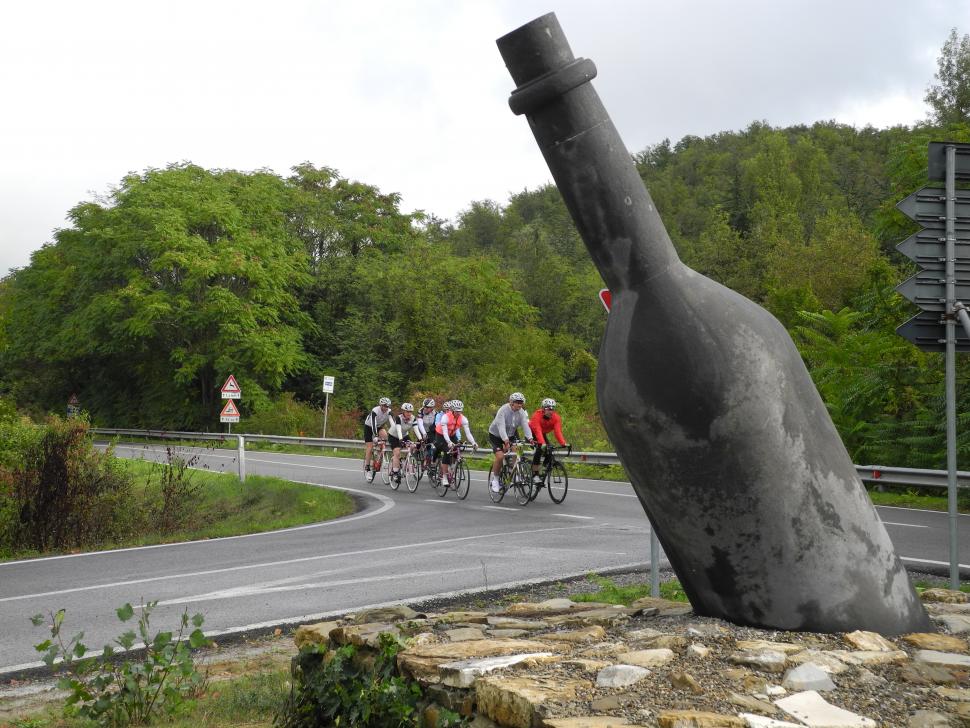 Hundreds of cyclists have been fined in Taiwan under harsh new drunk-cycling rules.

Taiwan has attempted to clamp down on drunken road use, saying it was the third biggest cause of fatal collisions, after not paying attention when following another vehicle and failing to give way.

But fatal collisions in which someone dies within 24 hours of the crash are now down on last year, by 99 fewer crashes and 114 fewer killed, according to Want China Times.

Last year we reported that despite drunk cycling also being illegal in the UK, Sussex Police confirmed that they had arrested just one cyclist for riding a bike while drunk during the past three years. The news illustrated a big difference in approach between the law in the UK, and that on the continent, with Poland even jailing cyclists who ride their bike while intoxicated.

A Sussex Police spokesman said: “Being drunk in charge of a pedal cycle is an offence under Section 30 of the Road Traffic Act 1988.

“Any such offences would be dealt with locally.

“No collisions have been recorded that have been as a result of a drunk cyclist however they can be a potential danger to other road users.

“The law does not allow for the drink-driving test equipment used for motorists to be used for pedal cyclists, and fixed penalty notices do not apply to this offence either.

“Officers would rely on their assessment of the rider’s condition in order to decide what action to take, ranging from words of advice to prosecution, depending on the individual circumstances.”

According to Bike Hub’s page on Cycling and the Law, cyclists caught riding while intoxicated can be fined up to £2,500.

It says that unlike in some jurisdictions, cyclists found guilty of such an offence do not have their licences endorsed, although it also points out that under the Powers of Criminal Courts (Sentencing) Act 2000, “the courts have the power to disqualify a cyclist from driving a car for any offence.”

That legislation states: The court by or before which a person is convicted of an offence committed after 31st December 1997 may, instead of or in addition to dealing with him in any other way, order him to be disqualified, for such period as it thinks fit, for holding or obtaining a driving licence.

In some fellow European Union member states, cycling while drunk is viewed as being just as serious as driving a motor vehicle while drunk, and penalties can be harsh.

In 2009, we reported how a German student was fined €500 and banned from using a bicycle, skateboard or any other licence-free vehicle on the public roads for 15 years after a breathalyser test found him to be three time the drink-driving limit.

The student involved in that case did not hold a driving licence but the same principle applied – cyclists in Germany are subject to the same laws as motorists when it comes to drink driving.

In Poland, the BBC reported in 2009 that 2,000 cyclists annually are arrested for cycling while drunk.
In that year, Poland’s constitutional court ruled that cyclists convicted of riding while drunk should be treated as criminals, the same as intoxicated drivers, and they should be fined or imprisoned.

According to the BBC, the latter is the most common course, with cyclists found guilty of riding while drunk receiving on average an 11 and a half month jail sentence.

It added that some see the punishment as draconian and say cyclists, since they are not using a motor powered vehicle, should be subject to the same rules as pedestrians.

The constitutional court, however, ruled that they should be treated the same as motorists because they use the public roads and the speed they can travel at may present a danger.