Event organisers CX Sportive have teamed up with online retail megalith Wiggle to launch their latest round of CX sportives now with a new massive challenge in the form of the 100 mile Wiggle CX Century along The South Downs Way.

The once quite specific sport of cyclo-cross continues to diversify and move further and further away from the race course and the CX Sportive has become a bit of a thing, Road.cc have taken part in a couple of these events before, in the Chilterns and on the South Downs and as a way of piloting a bike over a variety of terrains, some of them muddy, they get our seal of approval. The CX Sportive format isn’t exactly a new one, with endurance cycling events suited to cyclo-cross bikes like the Hell of the North Cotswolds having just celebrated their 30th year, but as more and more people are using cyclo-cross bikes as machines for tackling shabby roads, bridleways, byways, tracks and all sorts of rough off-road stuff the concept has become increasingly popular. CX Sportive and Wiggle have met that growing demand with a series of rides for 2015, all based in the southern half of the country and each with a selection of routes to choose from depending on your legs and enthusiasm. In each your choice of bike will define your ride. Will the versatility of an MTB offer the best performance over mixed terrain? Will the pure speed of your road bike make up for time lost on the short, occasional off road dismounts? Or will the CX bike give you the best return where it counts?

Central to the series and the flagship event of the year is the Wiggle CX Century on July 4th. One hundred miles along the South Downs Way.

The South Downs Way has long been a rite of passage in mountain biking circles, doing a hundred miles in a day off-road is a big challenge for many, and if it isn’t there’s a record for doing it three times in one hit if you want to have a pop at that. Richard Sterry completed the 300 miles and 11,000-odd metres of ascent in 4 minutes over 37 hours, just so you’ve got something to aim for if you’ve got a weekend free.

Now this hundred mile ribbon of both imposing and quintessentially English chalk downland is about to become an icon of the CX scene. Starting in Winchester and finishing at Beachy Head in Eastbourne, the traditional direction to take advantage of the prevailing wind, the Wiggle CX Century start is from 6am with finishing times predicted anywhere between 3.30 in the afternoon and 9 o’clock at night, there should still just about be enough light in the sky then in the first week of July.

The South Downs Way isn’t the most technical of riding even though 90% is on unmade surfaces and only 10% road, but the puncture eagerness of flint and chalk gulleys will make it interesting enough on a cyclo-cross bike, but it is definitely a physical challenge. Despite it being in the South where everyone knows it’s flat there is a not insignificant 11,660 feet of climbing to deal with, which gets weary by the end of the day, as will descending rutted trails on skinny ‘cross tyres. Then there’s the weather. As the South Downs Way frequently runs along the spine of the hills it’s a very exposed route so at the relentless mercy of nature. The wind can be a friend or foe, and if it rains the friction free characteristic of wet chalk is legendary. So all in all, not something to be tackled lightly. 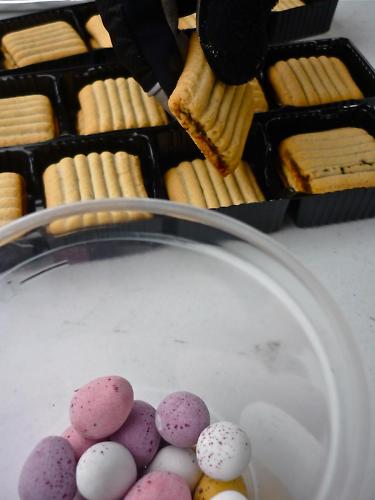 Luckily the event is fully supported with eight feed or support stations along the way because the SDW isn’t crowded with refreshment points. All feed stations offer water, energy drink, first aid and mechanical support while three major support points will also provide food, snacks, fruit, hot drinks and toilets, so riders won’t have to do the ride with jersey pockets stuffed with provisions and left to rely on the infrequent South Downs Way taps to fill bottles. Although not especially hard to navigate thanks to the long distance path’s permanent signage the route will have extra event signs and a GPX route will be available to all entries. But the organizers recommend that maps of the route should be carried, and Harveys South Downs Way maps will also be available to buy as an extra on the day.

Riders will be timed by transponder tag, with half-way mid timing as well, with results posted to the CX Century web site. As it’s a sportive all finishers will receive a medal and certificate. To keep the CX Century a cyclo-cross challenge CX Sportive have applied two rules for the type of bike you can ride in the event; it must have no suspension at all and a maximum tyre width of 40mm / 1.5 inch. So if you don’t have a cyclo-cross bike you could do it on that old rigid steel mountain bike you’ve got in the shed, with skinny tyres. And it’s perfect for that Gravel Racer you just bought. The big target for the CX Century is to complete the challenge, and the organizers don’t expect everybody to finish. There will be cut off times at strategic checkpoints on the route, after which riders will not be allowed to continue on the event. Cut off riders or those that decide to abandon the ride will have to make their own way home although the organisers will provide detailed transport options from the cut off / bail out points, such as location details for pick up, nearest rail stations and local taxi numbers.

CX Sportive support vehicles will be traveling along the route on the closest possible roads, and will be equipped to help with mechanical problems and basic first aid. But getting assistance to any point on the South Downs Way can involve considerable distances and can take a long time so riders will be expected to be self-sufficient and carry tools and spares, and a small, basic first aid pack.

Just 500 places will be available if you want to take part in this mass CX challenge. Entry price for the CX Century is £47 and the event date is confirmed for July 4th 2015.