The cyco-cross season is in full swing and we’ve just received this Claud Butler Alto CX9 with the intention of having some fun in the woods and mixing it up through the winter. It costs £699 and comes with a Shimano Claris 2400 groupset and Avid BB5 mechanical disc brakes. 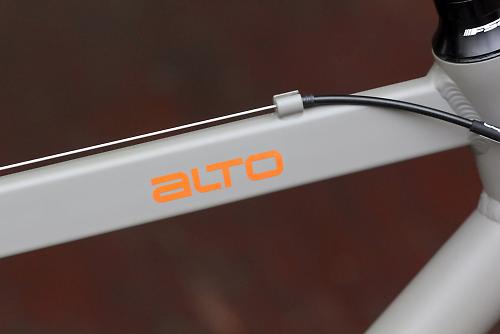 The Alto CX9 features an 6061 aluminium frame and it’s smartly detailed, with the rear derailleur cable routed along the top tube and the rest slung along the underside of the down tube, with a run of full outer casing to protect from dirt and mud. The top tube has a flattened underside, a typical feature of cyclo-cross frames, and is intended to prevent the top tube digging into your shoulder when the terrain, or obstacles, force you to dismount and sling the bike over your shoulder. 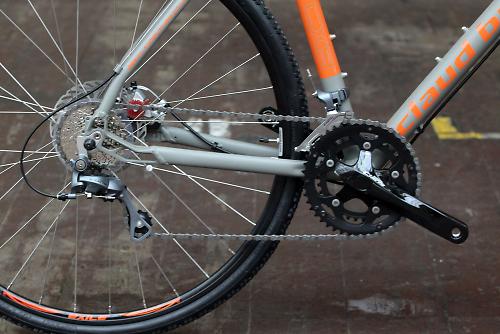 At the front we find a carbon fibre fork slotted into the non-tapered head tube, and a generous stack of spacers beneath the stem provides a bit of height adjustment. Interestingly the fork features redundant cantilever brake mounts, our best guess is that it's largely the same fork as is used on the non-disc cyclo-cross bike in Claud Butler's range. A shame they couldn't have removed those to clean up the lines on this disc-equipped model. There are regular quick release skewers at both wheels. 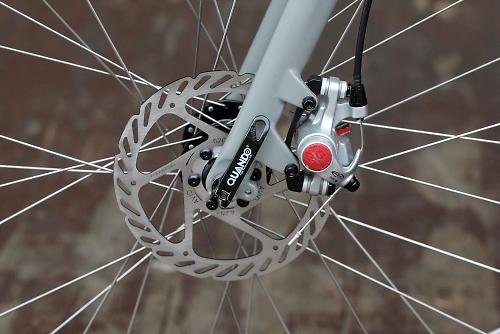 It’s a purposeful looking bike and has the versatility someone might seek in this sort of bike, for there are rack and mudguard mounts should you want to run it as a touring or daily commuting bike. The Kenda Kwick CX tyres are 30mm wide and the tread pattern should see the working well on a range of surfaces, but obviously with a large bias to churning through mud and soggy grass. 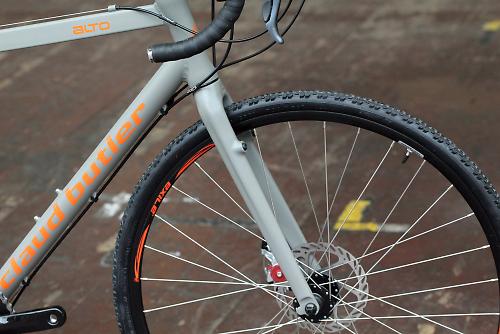 Disc brakes make perfect sense on a ‘cross bike, and the Alto CX9 is fitted with the very excellent Avid BB5 disc brakes. They’re mechanical and are operated by the Shimano 2400 Claris brake levers, which also operate the Claris front and rear mechs. There are also a second set of brake levers attached to the centre of the handlebars, which allow you to operate the brakes not just from the drops, but from the tops, which can be very useful on rough and bumpy terrain. 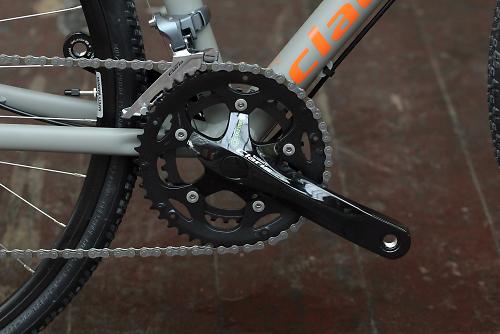 The Claris theme is continued with the chainset, in a cyclocross-friendly 46/34t ratio - it’s a lower gearing than most road-specific chainsets with the purpose of providing easier ratios when riding off-road in the mud and often up much steeper hills than you’ll find surfaced.  It’s an 8-speed groupset with a 11-28t cassette. 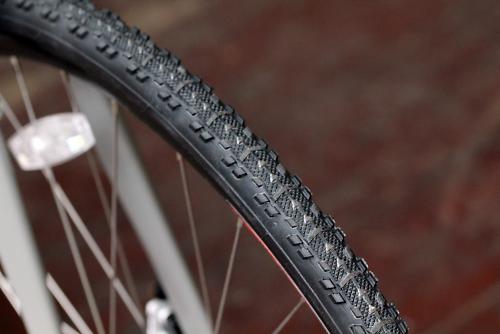 Wheels are 32-hole hole disc-specific hubs laced to double wall aluminium rims, with those Kenda tyres we mentioned earlier. All the finishing kit, by which we mean the handlebars, stem, seatpost and saddle, are Exile branded, and while not flashy looks dependable for the money. On the scales the Alto CX9 weighs 10.9kg (24lb). 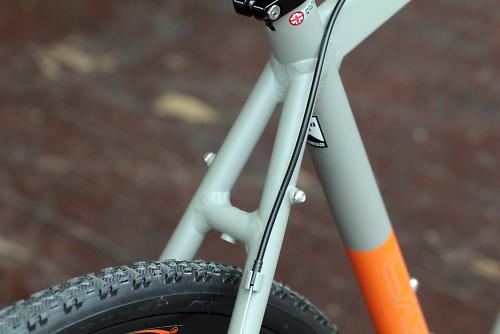 It does look like it’s ready to race, so perfect if you want to give cyclo-cross racing a go, or hit the trail if you’re seeking to have some fun, but equally it looks like a change of tyres and the addition of some mudguards would turn it into a really good winter training bike, or one for daily commuting. Keep those treaded tyres on and it’s ideal for exploring some local bridleways and paths to spice up your weekend road ride. 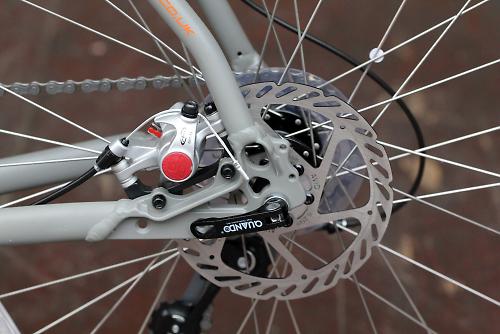 We’re going to get the Alto out on the road and the trail in the coming weeks and we’ll report back soon.

The Alto CX9 is available in three sizes and costs £699. More at http://claudbutler.co.uk

What else might you consider for similar money? Well for a start there's the Pinnacle Arkose One. It costs £700 and has an aluminium frame with triple butted tubes and a carbon fibre fork, but manages to offer the better Shimano Sora groupset with Tektro Mira mechanical disc brakes FSA Omega compact chainset - which suggests it's targeted more at road cycling than going off-road or cyclo-cross racing.

For another £71 on top of the Alto's £699, you might consider the Specialized Diverge. This is a new bike from Specialized, and looks to blend key attributes from a road bike and cyclo-cross bike into one package, compared to the Alto's clear cyclo-cross racing roots. The Diverge gets the same Claris parts package with teh very good Tektro Spyre mechanical disc brakes and Specialized Espoir 30mm tyres.

1
Brompton drops its ‘lightest bike ever’: new 7.45kg titanium version of iconic folding bike revealed
2
Chris Boardman heads newly-launched government body Active Travel England
3
Stages will retrofit a power meter to your existing cranks
4
"Tired of road crime": CyclingMikey on episode 16 of the road.cc Podcast, plus how to make the most of your lunchbreak
5
TV surgeon and cyclist killed after collision with motorist in Essex
6
Near Miss of the Day 702: Must Get In Front lorry driver goes wrong way round pedestrian island
7
Near Miss of the Day 698: MGIF BMW driver close passes cyclist AND runner
8
Cyclists angered by Canadian politician's road safety interview...while driving through snowstorm