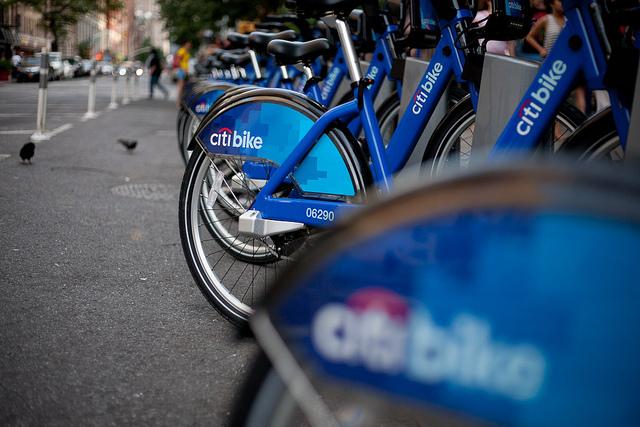 “With every missed maintenance check, the safety risk of undisclosed bike defects increases.”
by Alex Bowden

New York’s Citi Bike programme is supposed to be about “exercise and convenience, not an exercise in inconvenience,” according to City Comptroller, Scott Stringer. In a report on the city’s bike-share scheme, he highlights a failure to adequately inspect equipment and ensure stations are fully functional as being major issues.

Referring to Citi Bike as a ‘critical component of our transportation network,’ Stringer said that improvements were needed in how it was being run by New York City Bike Share (NYCBS).

“New York City Bike Share’s management of Citi Bike left too many New Yorkers in the lurch. While Citi Bike has become part of our urban landscape, auditors found that the bike sharing programme’s spotty maintenance, poorly-cleaned bikes and substandard docking stations inconvenienced riders and discouraged growth in the system.”

The comptroller’s audit examined maintenance of Citi Bike equipment during the period of May 2013 to May 2014. According to NYCBS’s contract with New York City’s Department of Transportation (DOT), all bikes must undergo a maintenance check at least once a month. However, according to NYCBS’s own figures, 28 percent of bikes were inspected in November 2013, 34 percent in December 2013 and 38 percent in January 2014.

NYCBS said that it had laid off 16 on-street bike checkers during the winter and said this was the reason for the drop in maintenance checks. In March 2014, after inspectors had been re-hired, inspections are said to have risen to 54 percent in March and then 73 percent by April. Maintenance records of a sample of 25 bikes indicated that NYCBS completed only 60 percent (84 of 141) of required monthly maintenance checks between July 2013 and December 2013.

Stringer says that the company’s decision to lay off inspection staff highlights DOT’s responsibility to make sure it covers all the bases when it enters into public-private partnerships.

The contract also demands that NYCBS responds to cleanliness complaints within 48 hours for stations. Only 60 per cent of sampled complaints were met in this time and the story was worse for bikes where a 96 hour response time is permitted. 83 per cent of complaints remained open for an average of 79 days. Earlier this year, we reported on one particularly horrendous incident in which a man had smeared excrement onto the saddles of every single bike at a docking station in Manhattan’s Theater District.

The technology employed to manage bike hire also came in for a degree of criticism. The mobile application was found to be accurate but not fully reliable because NYCBS’s central database can’t remotely detect defective bikes and non-functioning docks. The app was 83 per cent accurate when it came to working, available docks and 73 per cent accurate with regards to working, available bikes.

Payment systems were also not sufficiently reliable. The contract is for them to be online 98 per cent of the time, but of 10 sample months, they failed to reach this standard in seven.

Citi Bike was launched in May 2013 with 6,000 bikes and 330 stations. Citi Bike general manager, Matt Berlin, agreed there were problems but points out that Bikeshare Holdings LLC recently announced an agreement to purchase Alta Bicycle Share—the parent company of NYCBS.

"The new owners are investing millions of dollars to address some of the fundamental flaws in the system that were identified by the Comptroller's office in their audit. This will ensure that we can deliver better service to New Yorkers beginning with our peak riding season 2015 and beyond."

The firm has announced plans to improve maintenance and double the size and geographic reach of the Citi Bike system by 2017.