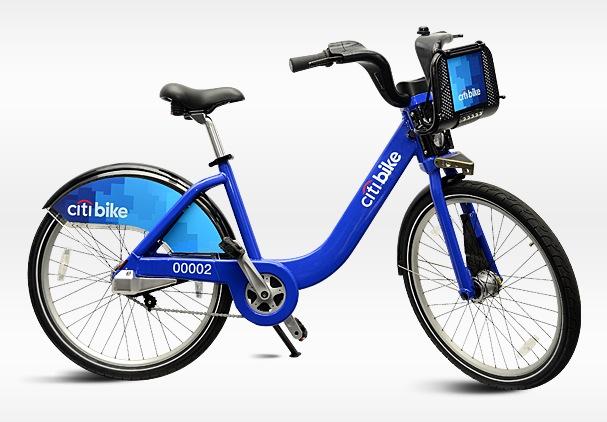 Inevitably, comparisons are being drawn with London’s Boris Bikes, but the Transatlantic version won’t cost the city’s taxpayers a penny. It’s not been universally welcomed, however, with some local residents even bringing a lawsuit.

The $3 million (£1.9 million) lawsuit has been brought by residents of Bank Street in the West Village, who claim among other things that the docking station there is a danger to children and elderly people, and that its presence will reduce the value of their property.

Others complain that the docking stations are eyesores that detract from some of the city’s historic areas, while a group of artists in SoHo have complained that the presence of one means that there will no longer be an opportunity to show public art at the location in question.

The Barclays Cycle Hire scheme has attracted similar criticism in the past and New York City's transport policy director Jon Orcutt told The New York Times that he had been warned by counterparts at London’s City Hall to expect some initial resistance.

"They said you'll be hated for six months," he explained, "and then you'll be loved."

Plenty of New Yorkers welcomed the bikes, however, including Byrne who said: “I own a bike, but I know there's time when this will be handy, like when you think it’s going to rain.”

Others highlighted the ease with which they could get around town, including for commuting, particularly in areas that weren’t well served by the city’s Subway system.

Mayor Bloomberg commented: "The Citi Bike program is a big win for New York, and it's already the largest bike share system in the nation.

"It's going to give New Yorkers another way to get around town by extending connectivity from subway and bus stops. It's also going to be great for our millions of visitors, allowing them another way to see the city, including making our incredible waterfront more accessible."

Ultimately destined to provide 10,000 blue bicycles – the nickname ‘Mike’s Bikes,’ in honour of Mayor Bloomberg, is yet to catch on – the scheme was launched to members on Monday, which was the Memorial Day public holiday in the US.

The programme had been due to start operating last summer, but was postponed first as a result of software programmes, and again due to the impact of Hurricane Sandy.

There’s a big difference in how the schemes are financed, however, reports the London Evening Standard.

Notwithstanding Barclays £50 million sponsorship of the London scheme until 2018, London’s taxpayers face a bill that will total an estimated £225 million by 2016, according to the newspaper.

New York’s scheme is being financed and run entirely by private companies. It has been developed by Alta Bicycle Share, and is partly financed through sponsorship with Citibank paying $41 million (£27 million) to be lead sponsor for the next five years.

The New York Daily News has reported that one bike has already been stolen - the thief aparently taking it while workers were moving bikes into position on docking stations on Sunday - although New York Police Department Commissioner Raymond Kelly doesn’t see the prospect of theft of the bikes as a huge problem in the long term.

"It's certainly not a racing bike,” he said. “It's pretty solid and chunky, if you will. So I'm not sure how desirable the bikes will be as far as thefts are concerned. But we'll have to wait and see."

Here’s a video from Streetfilms about Monday’s launch.

Citbike Debuts in NYC from Streetfilms on Vimeo.