British startup brand Lumo is launching a range of city cycling clothing with in-built LEDs. You can get hold of the items by pledging cash on the Kickstarter crowd-funding website and hoping that the project reaches its £50,000 goal.

One of the key items in the range is the Herne Hill Harrington. It is designed for everyday wear and features subtle bike-friendly features like a slightly dropped tail, stretch in the shoulders, and inner cuffs to keep cold air from getting inside. It is made from cotton gabardine with a Schoeller 3XDRY treatment to add resistance to water and stains. 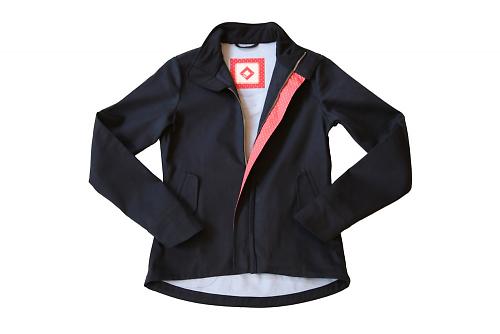 There is a line of white LEDs in the front placket and a row of red LEDs in the hem seam at the back. These aren't noticeable in daylight but they shine when you turn them on at night. Lumo reckon the LEDs are visible from over 400 metres away in dark conditions. 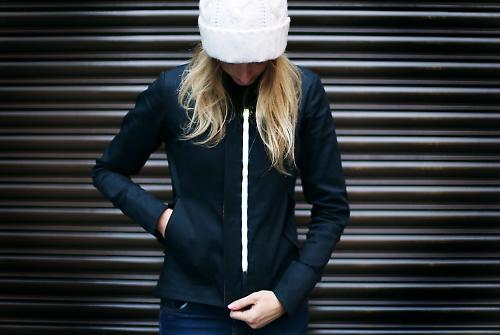 Fourteen LEDs are used for each light strip, running for between two and six hours (depending on the setting used) from a USB rechargeable battery pack. The LEDs are waterproof and machine washable. The battery measures just 75mm x 30mm x 22mm. There are 50 Herne Hill Harringtons available for those pledging £165. If you’re not among the first 50, you need to pledge £210. This assumes Lumo achieve their full target amount. As ever with Kickstarter, the full target has to be achieved for them to receive any money. 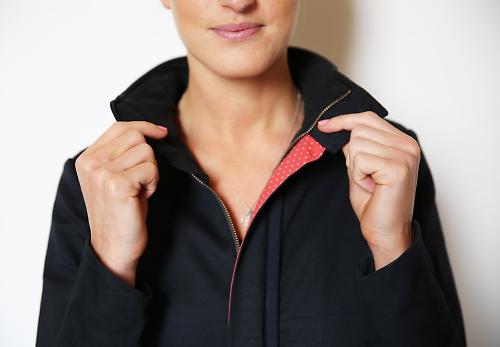 “City cyclists don’t just dress for the journey, we dress for the destination too,” says co-founder Doug Bairner. “Until now high quality cycling wear has largely been targeted at weekend warriors. We want to change that and make beautiful garments that are designed for city riding and living. “Our mission is to help as many people as possible to experience the realisation that cycling is the most sustainable and satisfying way of getting from A to B. That’s why we’re also pledging to donate 10% of our profits annually to projects and charities that help to get people onto bikes. Cycling shouldn’t be a privilege, it should be an accessible mode of transport for everyone.” 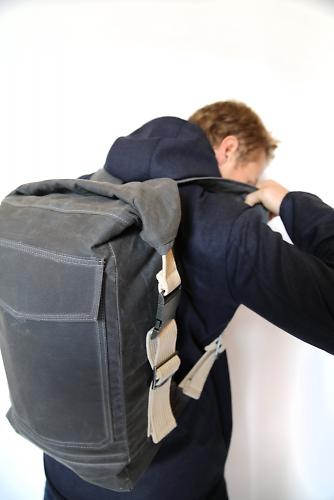 The Bermondsey Backpack is made from waxed cotton canvas with a tarpaulin lining. It comes with a row of red LEDs towards the bottom of the back and white LEDs on the straps. The first 50 backers can secure one by pledging £125 rather than the £145 that later backers will need to pledge. 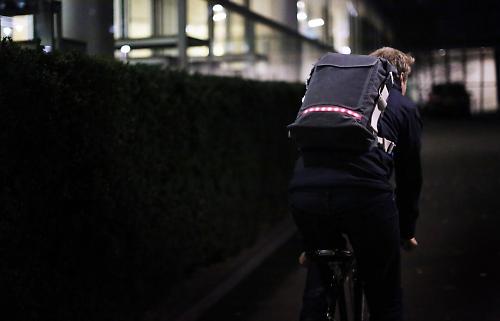 A polo shirt with a reflective collar strip and a cap that uses reflective yarn are also available for lower pledges.

If pledges reach £100,000, Lumo will also produce the water resistant and wind resistant Regents Parka in both men’s and women’s cuts. Like the Herne Hill Harrington, it comes with white LEDs in the front placket and red ones in the back seam. The delivery of all products is scheduled for next June.

The Lumo project runs on Kickstarter until 15 January.