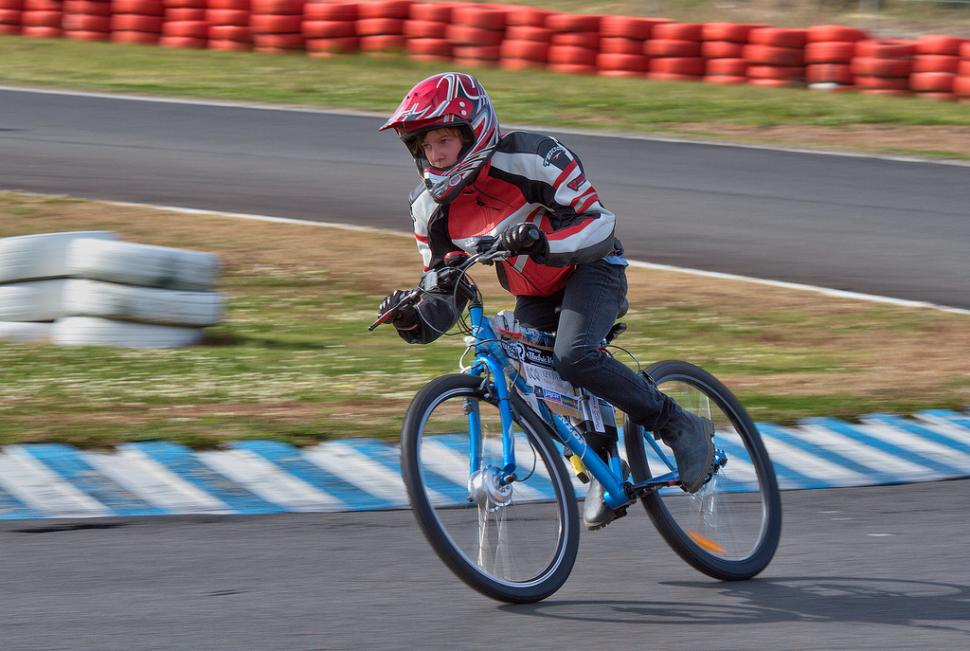 Don't expect to get into racing on the new e-bikes (CC BY-NC 2.0 by Bill Collison:Flickr)

Calm down, your Strava segments are in no danger
by John Stevenson

The Department for Transport has opened consultation on changes to the regulations governing electric bikes to allow them to be faster and more powerful. But don't get too excited—high-speed electric bikes aren't on the table, the changes will just align UK rules with European practice.

At the moment, electric-assisted bikes are limited to 200 watts and 15mph. The proposed rules will increase the power to 250 watts and the speed at which the power assist cuts off to 15.5mph. That whopping speed boost comes because European rules set the speed cut-off for electric assistance at 25 km/h - 15.5mph.

Carlton Reid, executive editor of trade magazine Bike Biz, describes the DfT's consultation process on new rules for bikes, electric and otherwise, as "glacially slow". The DfT last reviewed the rules in 2010, and the latest proposals arise from research by the Transport Research Laboratory.

Mostly, this is an exercise in trimming red tape and bringing the rules up to date. The current rules, the Electrically Assisted Pedal Cycles (EAPC) Regulations 1983, were drawn up in the lead-acid battery era and set rules about the weight of electric bikes and even how many wheels an electric-assist vehicle can have. Under the proposed rules, electric-assist quadricycles - pedal cars - will become legal in the UK.

The rules also clarify slightly the position of "twist and go" electric bikes. Bikes that can be ridden with just the motor providing power were the subject of passionate debate in the trade a few years ago. The Bicycle Association (BA), the GB bike maker and importer trade body, decided twist and go e-bikes were electric mopeds and wanted nothing to do with them.

The British Electric Bicycle Association (BEBA) argued that twist and go electric bikes were so low-powered they should be viewed as bikes. After all, they pointed out, a fit cyclist on a regular bike can hit 30mph, so why should bikes capable of only half that speed be viewed as a motor bike.

The BA and BEBA eventually buried the hatchet and merged, and the DfT has come down on BEBA's side of the twist and go argument.

Twist and go bikes will be subject to type approval regulations from 2016. In Great Britain, the proposed new electric-assist rules will apply to twist and go bikes too, as long as they can be powered by the pedals and can't go faster than 15.5mph under power.

The DfT says: "Because of the particular benefits for elderly and disabled users, pedal cycles providing electrical assistance without initial use of the pedals - usually called "twist and goes" - would continue to be covered by these regulations."