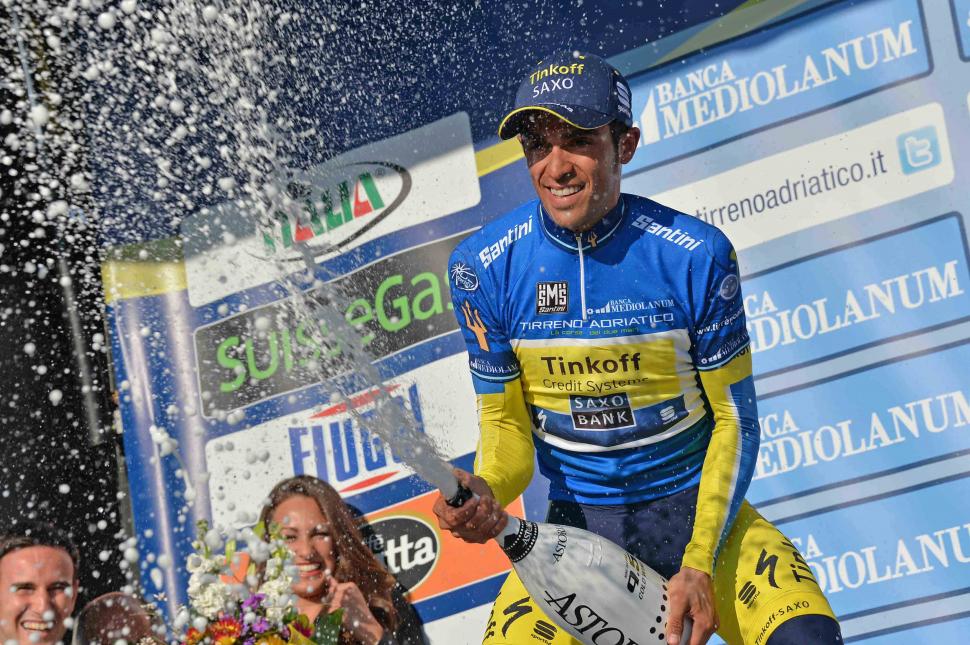 Spaniard, in Kenya climbing Mount Kilimanjaro, says he will skip the Vuelta, however
by Simon_MacMichael

Alberto Contador has confirmed that he will ride both the Giro d’Italia and the Tour de France next year as he seeks to become the first rider since Marco Pantani in 1998 to win both races in the same season.

However, the Tinkoff-Saxo rider will not defend his Vuelta title, despite team owner Oleg Tinkov saying he would be prepared to stump up a prize find of €1 million to see Contador, Vincenzo Nibali, Chris Froome and Nairo Quintana go head-to-head in the three Grand Tours.

Speaking to the radio station COPE from Kenya, where he has been taking part in a team building exercise with his Tinkoff-Saxo colleagues, Contador said that riding the Italian and French races was “already quite a difficult enough challenge” without tackling the Vuelta too.

Next year, summits including the Alpe d'Huez will be among his goals, but yesterday Contador and his team mates, including new signings Ivan Basso and Peter Sagan, conquered Africa's highest peak - Mount Kilimanjaro.

It took the party four days to reach the summit of Africa's highest mountain, having to cope with poor weather along the way. The expedition was organised by team manager Bjarne Riis, whose previous team bonding camps have included SAS-style survival exercises.

Contador, confirmed last week as the winner of the 2014 Vélo d’Or, is the last rider to have won two Grand Tours in the same year.

After moving from Discovery Channel to Astana ahead of the 2008 season, he was unable to defend the Tour de France title he had won in 2007 because the Kazakh team was excluded from the race.

He rode the Giro and Vuelta instead, winning both races.