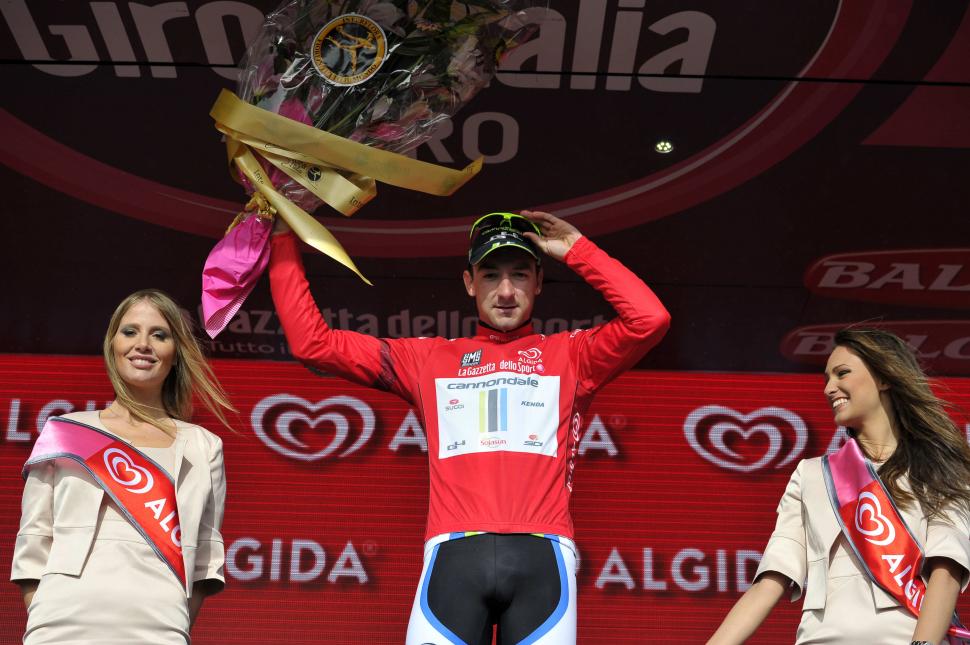 Team Sky has confirmed the signing of Italian sprinter and track specialist, Elia Viviani. The 25-year-old joins the British UCI WorldTour outfit from Cannondale, which merges with Garmin-Sharp ahead of next season.

Viviani had told Italian newspaper La Gazzetta dello Sport earlier this month that he also had offers from Orica-GreenEdge and BMC Racing, but chose Team Sky because they were willing to help tailor his road programme to help with his track ambitions at the 2016 Rio Olympics.

After finalising his contract, the Italian said: "I know exactly how Team Sky works and the professionalism, rider development and work ethic is exactly what I'm looking for.

"I hope that with my new team mates and staff I’ll be able to reach all the goals I have and this will be the perfect environment for me to do that. As an Italian rider my dream is to win a stage at the Giro d'Italia, and that’s a big target for me next season.

"Joining Team Sky is a great opportunity for me and I’m determined to bring them success," he added.

Sky team principal Sir Dave Brailsford said: "I've followed Elia’s career for a long time, initially on the track and also as his career has progressed on the road.

"He has a fantastic temperament and is a fast finisher. We’re looking to have a greater focus on sprinting next year and Elia will help us pursue that goal.

"We’re very happy to welcome him to Team Sky and to support his ongoing development."

Viviani is Sky’s sixth signing for the 2015 season, the others being Lars Petter Nordhaug, who returns to the team of which he was a founding member in 2010, Andrew Fenn, Leopold König, Wout Poels and Nicolas Roche.