The Sufferfest - popular indoor training videos using real life racing footage - have released their latest video ‘The Rookie’ which uses Team Giant-Shimano on-bike cam footage from the Tour of California and Tour of Switzerland, putting you right in the action. 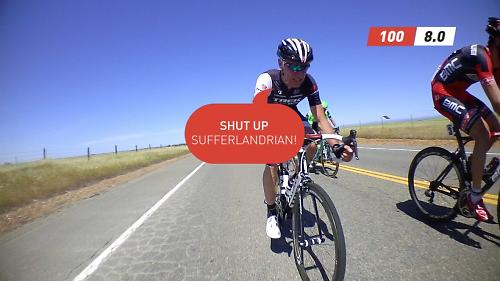 Giant-Shimano have been trialling on-bike video cameras in certain races this year authorised by the UCI, and so far has provided a very unique glimpse into the hectic world of a professional peloton, including some crashes and the drama of a sprint leadout.

This is the first Sufferest training video to make use of this on-bike video footage. It’s a 55 minute video, costs $12.99 and take you through the team’s training camp and then provides specific tasks during three 10 minute race simulation intervals, including providing a team sprint leadout. The workout has been devised by elite coach Neal Henderson of Apex Coaching in Boulder, US. 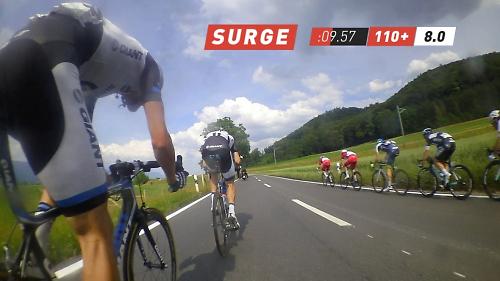 “Through our partnership with Team Giant-Shimano, one of the best teams in the world, we’ve crafted a story-line that feels more like a cinema film than a training video,” says Sufferfest CEO David McQuillen.  “The viewer is cast in the role of a promising Sufferlandrian who, having won the Tour of Sufferlandria in spectacular fashion, is given a chance to try-out with the team.  They’re then thrown into the heart of the peloton as it races its way through various stages of this year’s Tour of California and Tour de Suisse. The on-bike camera footage is simply incredible.”

Here’s a short sample of the new video:

With the weather turning increasingly unpleasant and many cyclists leaning more towards the turbo trainer to target specific training goals or simple a way of keeping the miles up during the winter, the Sufferfest videos are a good way to provide the necessary motivation in an exciting and goal orientated package.