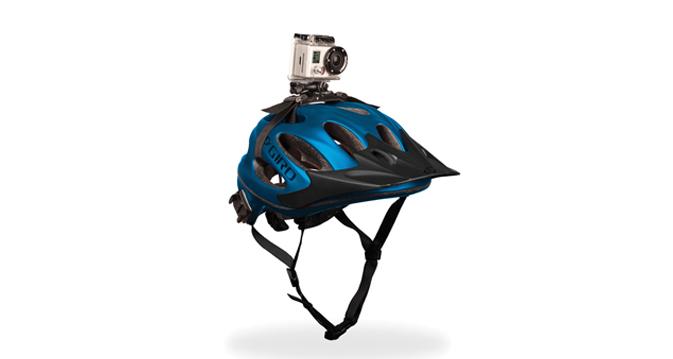 A cyclist in Essex who uses a helmet camera to record examples of poor or dangerous driving says that his footage has resulted in around 60 motorists being convicted of an offence or receiving a police caution. But an article published in a national newspaper yesterday described the rider and other helmet camera users as “holier-than-thou vigilante cyclists.”

Dave Sherry, aged 37, works as a bus driver in East London but it was a close pass by a bus while he was out riding with one of his five children that led to him investing in a helmet camera.

Last year, another bus driver was sacked after Mr Sherry posted footage of him using a handheld device at the wheel, reports BBC News Essex.

The operator, Roadrunner, denied it was a mobile phone, saying instead it was a handheld ticketing device, but said its use while driving was unacceptable.

The cyclist posts his footage on YouTube and also passes it onto the website PoliceWitness, which forwards some of the videos shared with it to the police so that appropriate action can be taken.

Mr Sherry revealed that he has received verbal and physical abuse from some drivers – a Daily Mail reporter who accompanied him on a recent bike ride recounts how one motorist gave him the V sign – but says he will carry on taking video "until the roads are safe."

He said: "Too many cyclists are being killed by motorists not obeying the rules of the road, texting and talking on mobile phones, and running red lights."

According to Mr Sherry, his videos have led to "about 60 convictions and police warnings", as well as motorists being sent on driver awareness courses.

An article published on the Telegraph's website yesterday questions whether cyclists should be taking such footage at all, described Mr Sherry and other helmet camera users as “holier-than-thou vigilante cyclists,” and suggested bike riders have no right to the moral high ground.

The newspaper’s business news editor, Andrew Critchlow, wrote: “Cyclists are setting themselves up for an almighty fall by portraying themselves as the hunted minority on Britain’s roads who are entirely beyond reproach.

“From what I observe, a fatal combination of poor riding skills, a complete disregard for the Highway Code, and the temptation of turning a gentle ride to work across Battersea Bridge into the final stage of the Tour de France, are just as equally to blame for the number of accidents on Britain’s roads as careless drivers.

“The trouble is that in my experience … cyclists are actually more likely to break the rules of the road than motorists.

“What kind of crimes would be uncovered on a daily basis if motorists unleashed digital cameras, or even drones, on the thousands of London cycling commuters who ride to work every day? Just imagine the paperwork that the police force would have to deal with for red light jumpers alone.”

A 2009 report commissioned from the Transport Research Laboratory by the Department for Transport found that issues such as cyclists riding through red lights was a factor in just 2 per cent of collisions in which a cyclist was seriously injured.

The study, compiled from police collision reports, found that in three in four incidents involving a cyclist and a motor vehicle, the driver was to blame, and in one in four the cyclist was struck from behind.