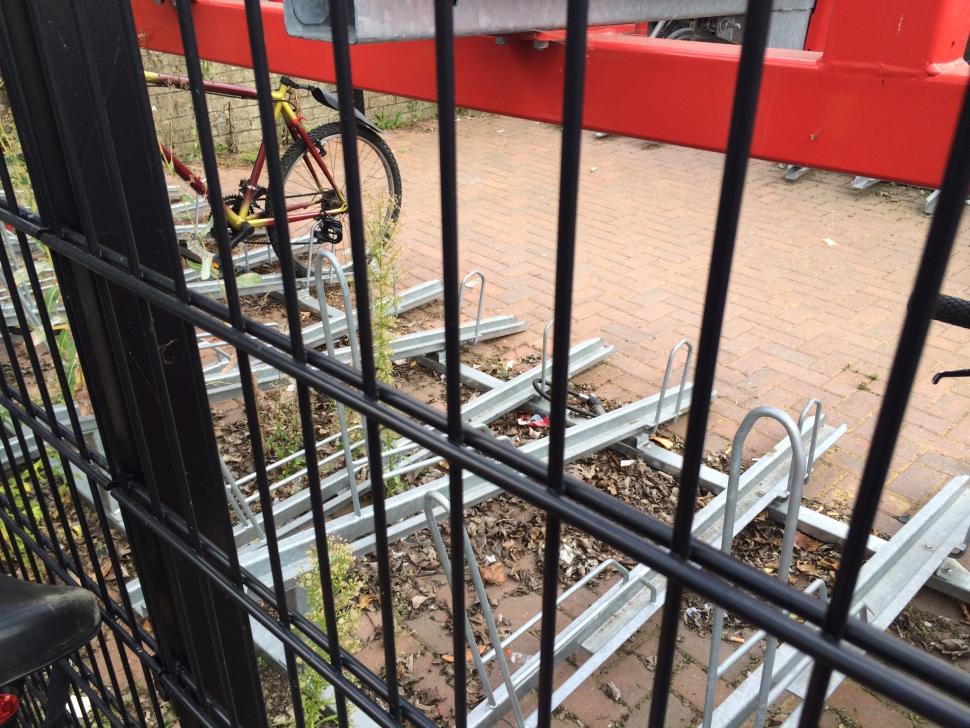 Antony Harvey needs fob for double-decker facility at Bishop's Stortford – but so far has had no success...
by Simon_MacMichael

A rail commuter has expressed his frustration at being unable to use a secure double-decker bike parking facility that opened last year at his local station – despite the fact that it is often only half-full.

Antony Harvey commutes from Bishop's Stortford, Hertfordshire, and told road.cc that up until last year, free bike parking was provided and was always “pretty crowded.”

Users are required to obtain a fob to gain access, in return for a cash deposit of £25. Antony admits that “I was slow off the mark getting a fob largely because I was going through a period of working from home,” but when he went to the station a week later to obtain a fob, he was told all 200 had been distributed.

A further 30 were subsequently allocated, and Antony is now on a waiting list to obtain his own fob, with no news of when one might become available.

He told us: “I was pretty shocked about this as the facility is never more than two thirds full, usually close to half full,” attaching pictures taken at 11:30am last Friday.

“There is a tiny free bike parking facility but it's always completely rammed, never a space by the time I get there,” he went on. “Also, I want to park in the empty secure spaces I can see. I'm happy to pay!”

He tweeted his local MP, Mark Prisk, who replied: "clearly greater Anglia need to rethink this."

Antony added: “I just think it's really frustrating. Cycling is important for so many reasons as we all know and I feel that as part of a proper integrated transport system we should be encouraging people to cycle rather than drive to train stations.

“The great irony is that the new facility, which is a very good facility, isn't getting the amount of use it deserves,” he concluded.

Last November, Greater Anglia won three categories at the National Cycle Rail Awards, including one for Best Customer Service – with the judges noting the increase in cycle parking at a number of stations on its network, as well as its “customer-focused approach.”