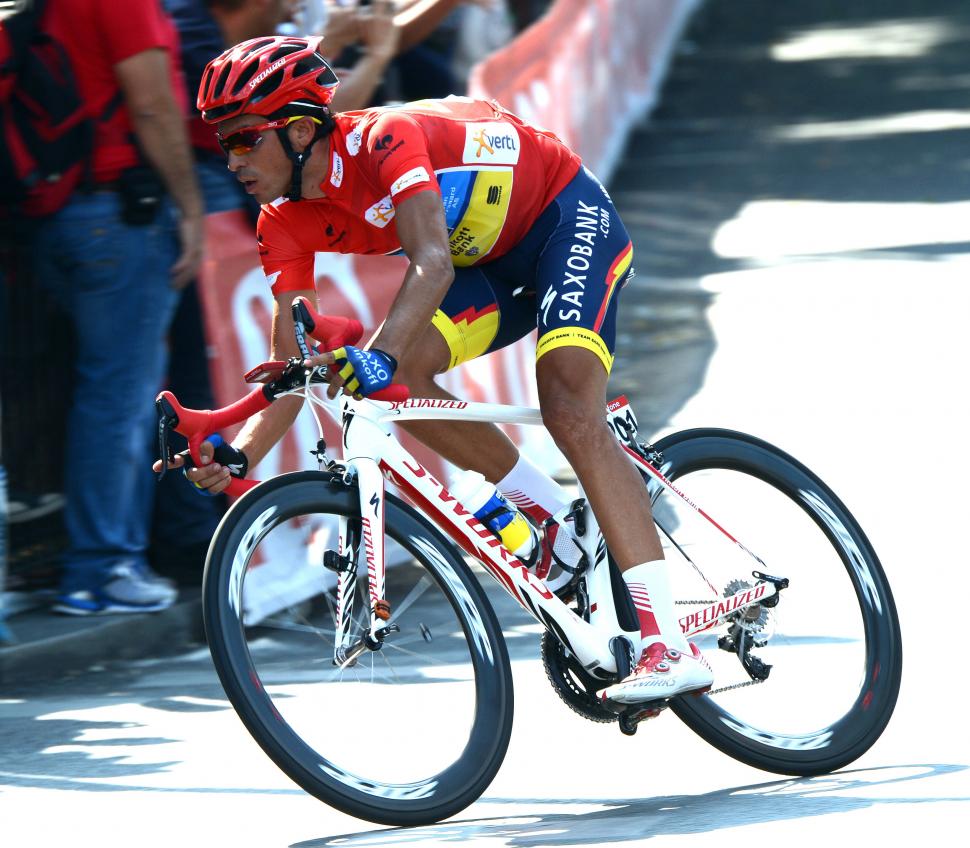 Final week will be played out in north west of Spain, with no Madrid finale this year
by Simon_MacMichael

The third and final Grand Tour of 2014, the Vuelta a Espana, heads towards its final week with Tinkoff-Saxo’s Alberto Contador – supposedly here only to target stage wins after his recovery from a broken tibia at July’s Tour de France – holding the race lead.

Pre-race favourite Nairo Quintana may have left through injury, but his Movistar colleague Alejandro Valverde – winner of this race in 2010 – is very much in the mix, while Colombia’s challenge is sustained through Omega Pharma-Quick Step’s Rigoberto Uran.

In a final week that will be played out exclusively in Spain’s north-west, the sprinter-friendly stage in Madrid that has become the traditional conclusion of the race has been dispensed with.

Instead, the 69th edition of the race will end with a short individual time trial in the medieval pilgrimage destination of Santiago di Compostela – where thousands of pilgrims still arrive each year, most on foot but many on bike.

That stage against the clock, plus a series of summit finishes in the final week and of course the time bonuses on offer, means that the likes of 2011 runner-up Chris Froome of Team Sky will have opportunities to try and make time up on their rivals to clinch a podium place – and perhaps the winner’s red jersey – a week on Sunday.

Here’s our guide to the final week of the race. 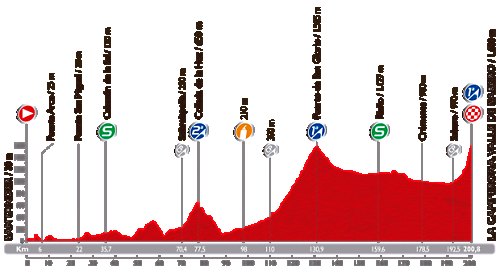 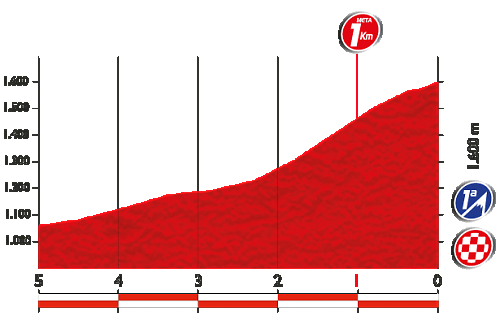 Beginning in the Asturian capital of Oviedo, this stage heads north to the industrial port of Gijon before following a winding course skirting the coast of the Bay of Biscay, and not for the first time in this year’s race potentially brining the wind into play.

After heading back inland, it’s the final climb to Lagos de Covadonga that will prove decisive today. The average gradient is 7.2 per cent over its 12.2km length, but it hits 17.5 per cent close to the top, guaranteeing late attacks. The last Vuelta stage winner here was Caja Rural’s 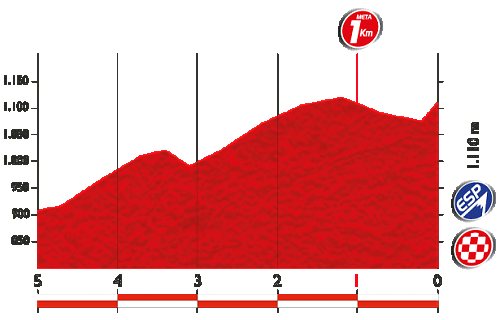 There’s another summit finish in prospect today, making this a pivotal couple of days in this year’s race. The final climb has an average gradient of 6.2 per cent and tops out at 12.5 per cent, but is perhaps tougher than it looks on paper.

At 16.5km, it’s a long ascent, and that maximum gradient is hit reasonably early on; however, in the final 5km, there’s little respite from slopes that are around 10 per cent or more, making this a climb that invites the overall contenders to attack one another. 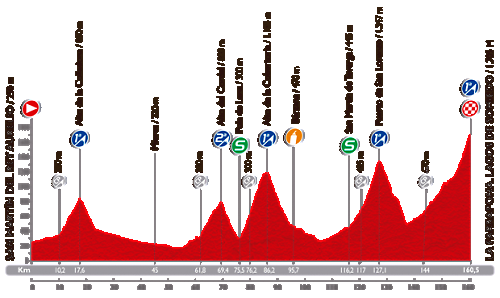 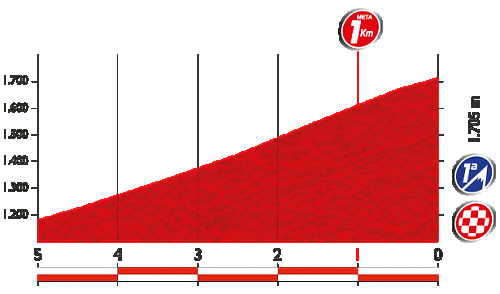 Today’s stage is played out on Spain’s north-western coast, and has a route with lots of twists and turns, including a big loop south of La Coruna before heading back towards the city. What that means, of course, is that if the wind blows in off the Atlantic, the overall contenders will need to be vigilant in case echelons form.

It should be a stage for the sprinters – realistically, it’s the last chance they will get in this year’s race, although many will already have departed ahead of the world championships later this month. For the riders targeting the general classification, it’s a day to keep out of trouble.

The two categorised climbs on today’s stage aren’t the toughest on this year’s race – both are Category 2 – but the fact the first is crested with less than 25km to ride, and the second marks a summit finish, makes this a day on which we could see attacks among the overall contenders.

The final climb actually tops out around 700 metres from the finish line, and afterwards it’s a shallow descent to the end – but ahead of that, there’s 8.5km of climbing to be done, at an average gradient of around 6 per cent. 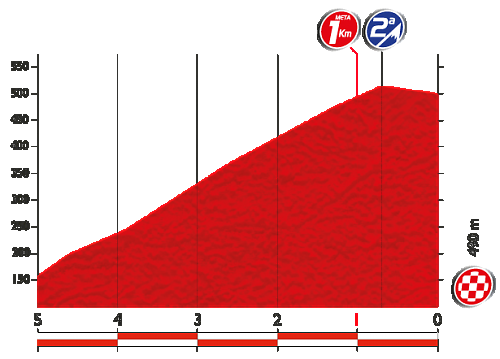 This is another stage with a pair of Category 2 climbs that looks more awkward than that suggests. The second of those summits is crested with more than 15 kilometres remaining, so in theory it shouldn’t be a day where much happens in the overall standings, and you’d probably expect a break to stay away.

But once again, we’re along the coast and the day’s itinerary zig-zags all over the place – so the slightest wind blowing in from the Atlantic means that the peloton could be split to pieces, and you can bet that teams with riders towards the top of the GC will be looking to take full advantage.

Tomorrow’s individual time trial is short and may give an opportunity for some riders to gain a few seconds – but unless the gaps are tiny, in truth today is the last chance for anyone to make a significant move.

The final climb, the Puerto de Ancares, is 12.7km long and averages 8.7 per cent – early on though, there is a stretch that hits 18 per cent, which is certain to see attacks, and after easing off towards the top, the road kicks up in the final couple of kilometres and is likely to see attacks from overall contenders as well as riders looking for the stage win. 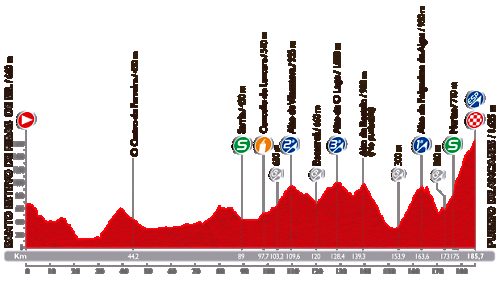 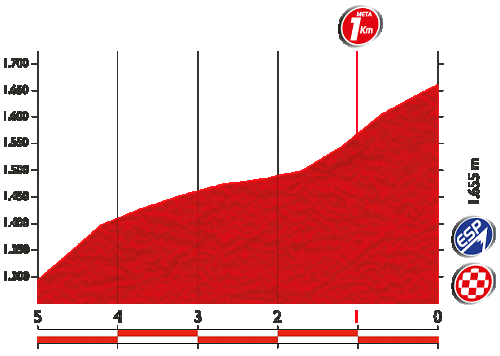 The 69th edition of the Vuelta finishes with a short time trial stage- less than 10 kilometres – that may see a bit of shuffling in the order of the general classification but unless the time gaps are small, is unlikely to be of great significance for the final victory.
The course is flat and not too technical, and with the last rider – the race leader – setting out on the course at nearly half past eight in the evening, the city’s cathedral will make a stunning backdrop to the end of the race.