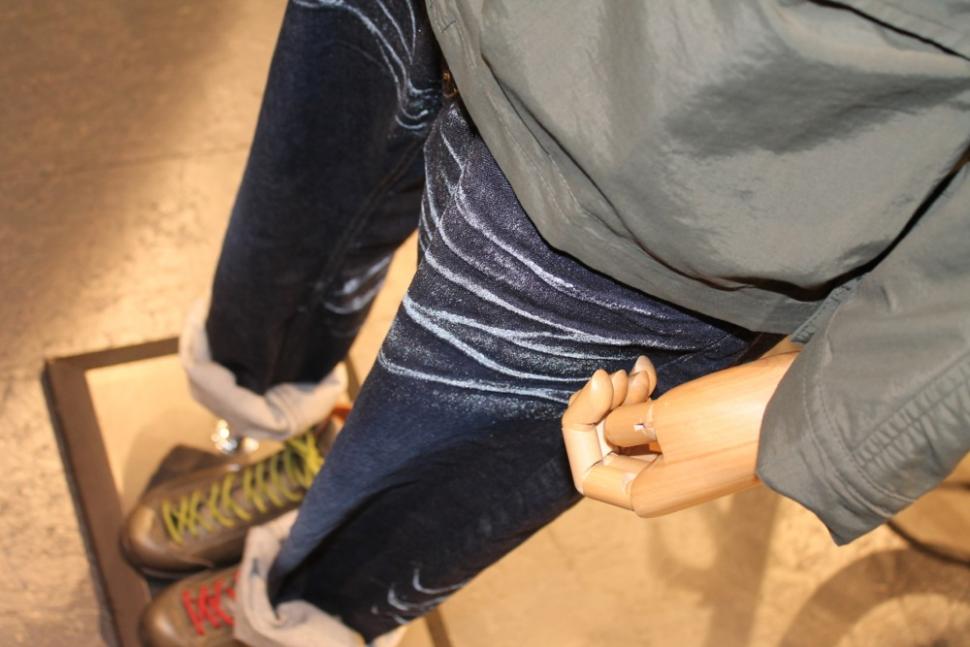 The smartest designs and gizmos we saw at this year’s Eurobike, featuring Giro, Crank Bros, Birzman and more
by Mat Brett

There are thousands and thousands of products at Eurobike and many of them, let’s be honest, are never going to cut it in the real world, but once in a while you spot something that’s really, really smart. Here’s our pick of the best of ’em.

Pedaled make some super-cool clothing, some of it performance-type bikewear and some of it more subtle urban stuff that’s suitable for wearing when you get off the bike too. 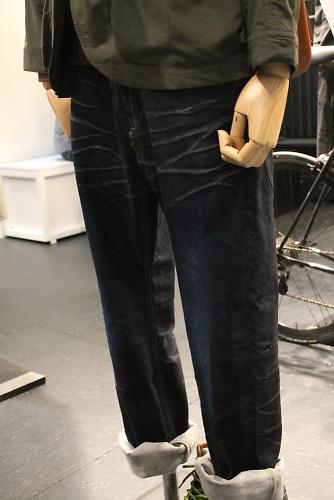 These jeans look pretty standard most of the time... 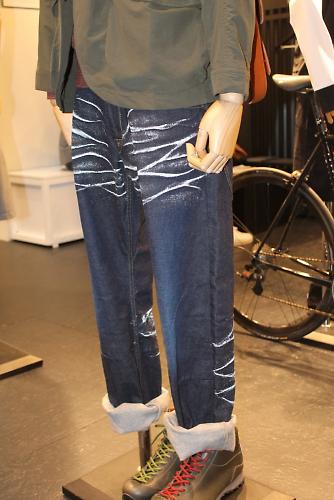 ...but they shine out in car headlights – or, in this case, a camera flash. Magic! Well, it's actually not so much down to magic as it is to reflective fibres within the weave, but it's certainly very smart.

We’ll try to get some products in from Pedaled for review here on road.cc because it looks like a really interesting range.

Birzman have updated their Snap-It valve connector. It was clever before and the new Snap-It Apogee is even more cleverer. Clever. 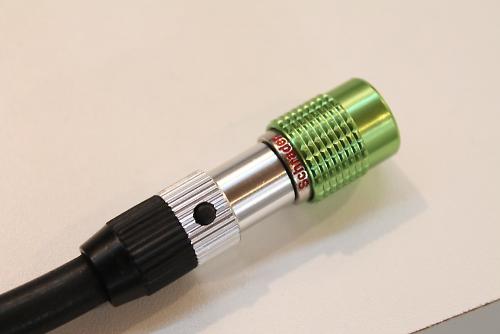 If you want to use it on a Presta valve, you pull back the collar (the green bit), push the head onto the valve, and give the collar a little twist. Job done!

After use, just pull the collar back and it releases instantly. 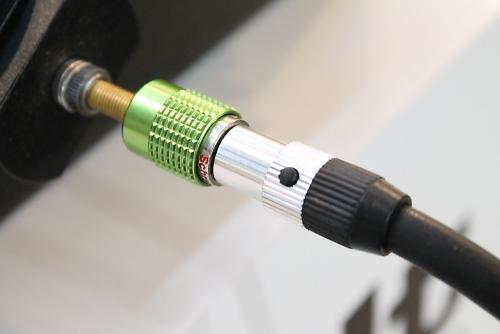 If you want to use it on a Schrader valve, you push the collar forward and screw it in place.

After you’ve pumped up your tyre, you pull the collar back to activate the air-lock function (to stop any air escaping) and unthread it.

The head holds securely on both types of valve and won’t come off at high pressures. 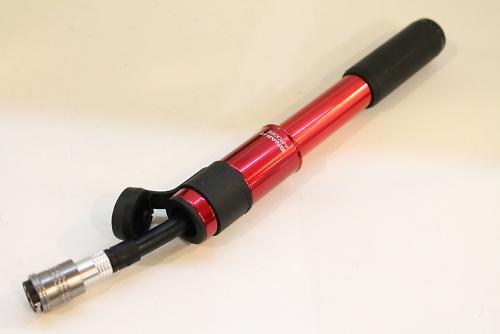 Birzman are introducing the Snap-It Apogee across their range for 2015. 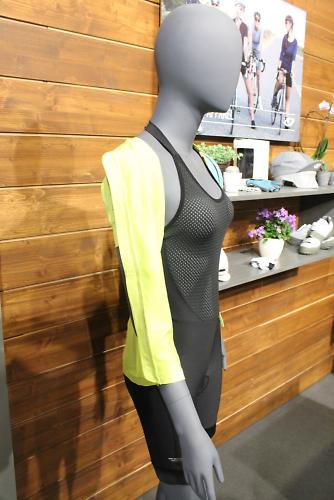 Why didn't anyone think of this before? Or, if they did, why didn't we notice?

Mid-ride toilet stops can be awkward if you’re a woman wearing bib shorts. If you want to get your bib straps off, you have to remove your jersey too. 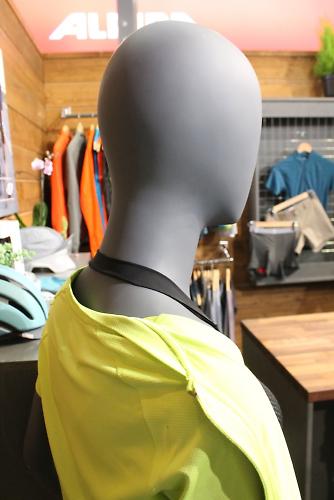 Giro have solved that with a halter bib. You just pull the halter neck up and down inside your jersey and it's stretchy enough to reach over your head easily enough. Simple! Apologies to the model, Doris, for not respecting her dignity here, by the way.

Coming to every other bike clothing brand very soon!

Giro are distributed in the UK by Zyro.

Triathlon-specific brand Ceepo include bosses on the non-driveside chainstay so you can connect a mount and CO2 canisters. Neat idea, especially for triathlon when you want as little as possible in your pockets for quick transitions. 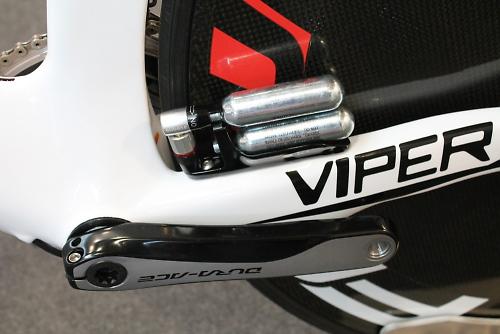 If you want to cutdown on clutter on your handlebars, Guee’s CNC-machined aluminium G-Mount will take a bike computer and a sports camera, and it also incorporates an LED light. Well, that's still a bit of clutter, but it's now all in one place and you can use your handlebar for other stuff – like your hands. The interchangeable bracket fits most systems of camera and cycle computer (Garmin, Sigma, Cateye, Sony, Go-Pro and ones that use a UNC 1/4 camera mount). The bar of four LEDs is rechargeable and has a claimed burn time of 3.5hrs in continuous mode, 7hrs in flashing mode. Crankbrothers have introduced a novel looking Y-shaped multitool for 2015. There are two versions of the tool, the Y16 and Y12. The Y16 provides a chain breaker, CO2 canister head and a compartment packed with various sized Allen keys and Phillips and flat screwdrivers. 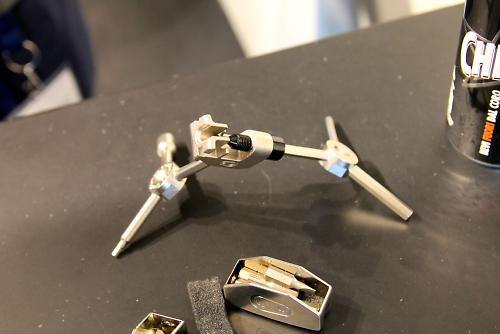 The three-way tool is used to operate the chain tool, and the various tool bits can be pushed onto the end so you can get plenty of leverage. 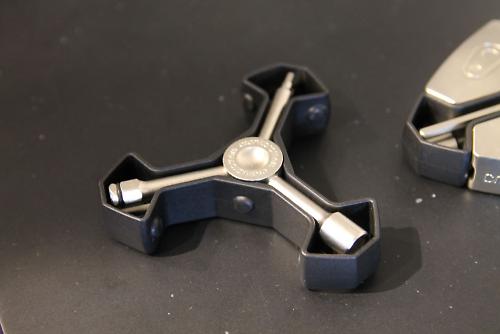 The Y12 drops the chain tool and CO2 head for a collection of inner tube patches and a spare storage compartment.