British company Exposure Lights has had a lot of success with its range of LED lights over the years, and while there are no changes to its road-specific Strada this year, there are plenty of updates to its mountain bike lights that are worth a look at, whether you’re a mountain biker on the side of simply want a stupendously bright light for the road. If you want stupendous brightness, look no further than the updated Six Pack. Now in its 6th generation, the light has had its output boosted to a massive 3200 Lumens, up from 2000 last year. Critically the Six Pack retains the same battery life and the price, £399, stays the same. Always a pretty chunky unit, the Six Pack is now marginally smaller.

Besides making the Six Pack brighter, Exposure have expanded its novel adaptive Reflex Technology to all its off-road bar mounted lights. Reflex Technology uses an accelerometer to automatically adjust the brightness of the light based on the speed you’re cycling at (so brighter going downhill, less bright climbing) and has been refined, it is claimed to be quicker to adapt to sudden changes in speed. It also helps to eke out more battery duration from the light too. It would be interesting to see if Exposure can adapt this technology for the road. 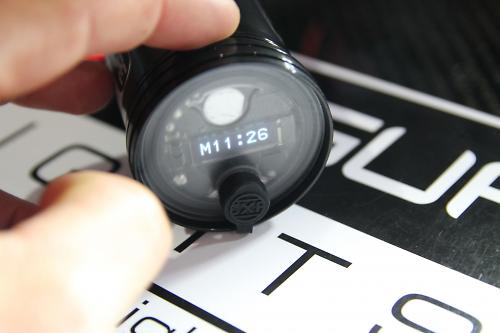 Another interesting development is the new capacitive switching. The entire back plate moves slightly when you press the metal disc, and that metal disc deflects just enough to change the resistance in the circuit so it can detect touching. It’s a technology that hasn’t been used in the cycling industry before Exposure Lights tell us, but is used in other applications outside of the cycling market. 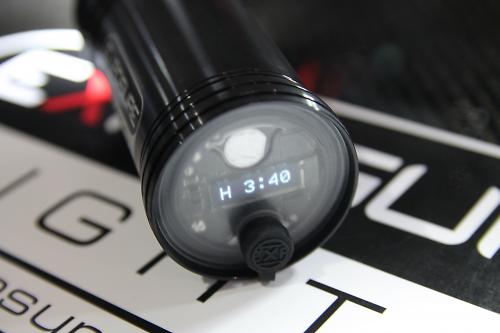 Only a light press on the metal disc is required to switch the light on and off and cycle through the different modes, and it’s very easy to use. In much the same way as previous versions of the light, you can customise the available modes by selecting different programmes, which are handily printed on the underside of the light.

There is also a new OLED screen which provides much more clarity than the LEDs Exposure were using last year. An accelerometer is used to flip the orientation of the display so even if you turn the light upside down, the screen flips so you can still read the display. That’s handy if you want to mount the light to the underside of the handlebar. 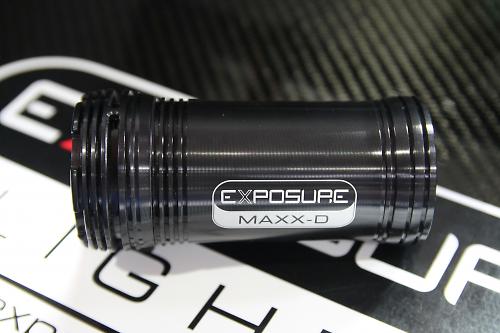 There are four models in the mountain bike lineup, the Six Pack at the top, the Maxx-D, Tora and Race. As a sign of how much LED lights have advanced, the Race's 1200 Lumens, the company's entry-level light, is brighter than the Maxx-D's 900 Lumens when it was launched way back in 2008. That demonstrates how much the LED light market has matured and developed, with increasingly better available technology and continual tweaking by the Exposure engineering team. This is the Maxx-D with a 2400 Lumen output and costing £344.95. 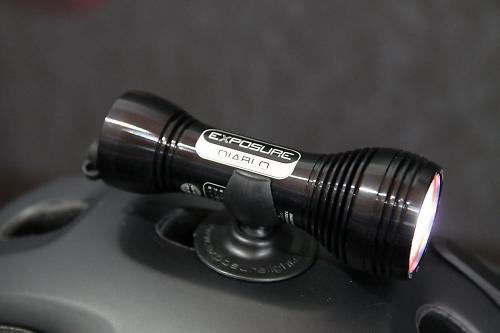 A light that has some appeal to road cyclists is the helmet-mounted Diablo. We know some road cyclists do like a helmet-mounted light, especially when cycling through the lanes for seeing around tighter bends and curves in the road. You could equally fit it to the handlebar instead if you want a versatile light. 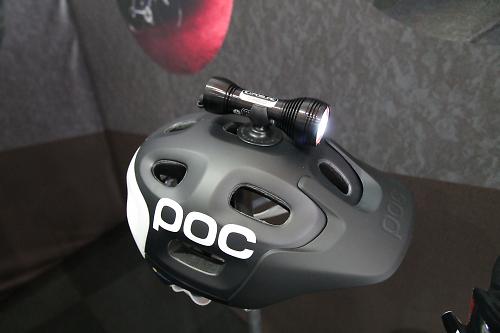 The main change is the new ‘Tap Technology’ which lets you cycle through the different modes simply by tapping the light. It works really well, and doesn’t require much of a tap to activate it at all. The idea is to make it easier to change the brightness of the light when you’re cycling off-road and have gloves on, so instead of fumbling around for a small rubber switch, you can just give the light a tap. A regular button still switches the light on and off. The Diablo costs £199.95 and pumps out 1300 Lumens. No changes to the Strada, it costs £269.95 and uses a twin high and dipped beam and runs a claimed 3 to 36-hour battery life. Output is 800 Lumens. It would be interesting to see if Exposure adapts the Reflex technology and capacitive switching to the Strada next year.

You can see the full Exposure Lights 2015 range here http://www.use1.com/exposure-lights/cycling-lights-2015