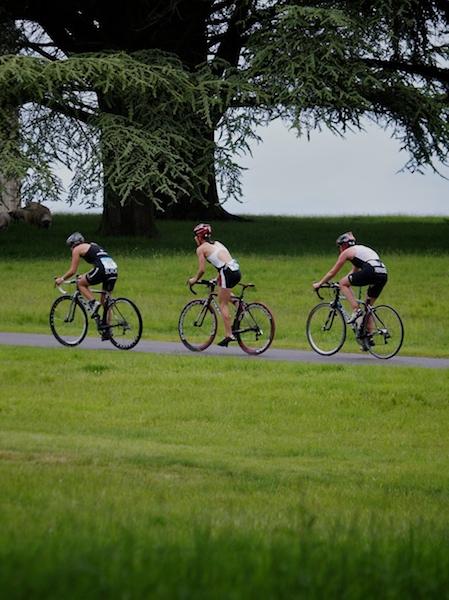 A Bolton man who can’t ride a bike or swim has entered his first triathlon.

Dave Beevers decided to get fit after his wife Diane died of breast cancer in February last year.

At the time, the 58-year-old weighed 24 stones, had Type II diabetes and had trouble going up a flight of stairs.

He joined a gym and later took up running, has shed half his weight, and ran his first Marathon in May this year.

After seeing the Ironman UK event in Bolton last weekend, he has now entered a triathlon in Cheshire in September, reports the Bolton News.

Mr Beevers, who once worked for the newspaper, said: “Ironman is an awesome event and watching these guys stretch themselves to the limit will be a massive inspiration for me as I start out on my triathlon challenge.

“But when you can’t ride a bike or swim it’s a case of taking one step at a time. Ironman? Maybe one day.”

“The courage and bravery she showed during those final weeks of her life made me realise how special she was and I had to do something to keep her memory alive,” he said.

The would-be triathlete explained that besides being unable to swim, he hadn’t sat on a bicycle until three weeks ago, but he is determined to complete the challenge he has set himself.

“At the moment, I swim like a ship’s anchor and am so unsteady on a bike it looks like I’m cycling through an earthquake," he added.

“But I’ll get there. Diane will get me through. She’s my Ironwoman.”