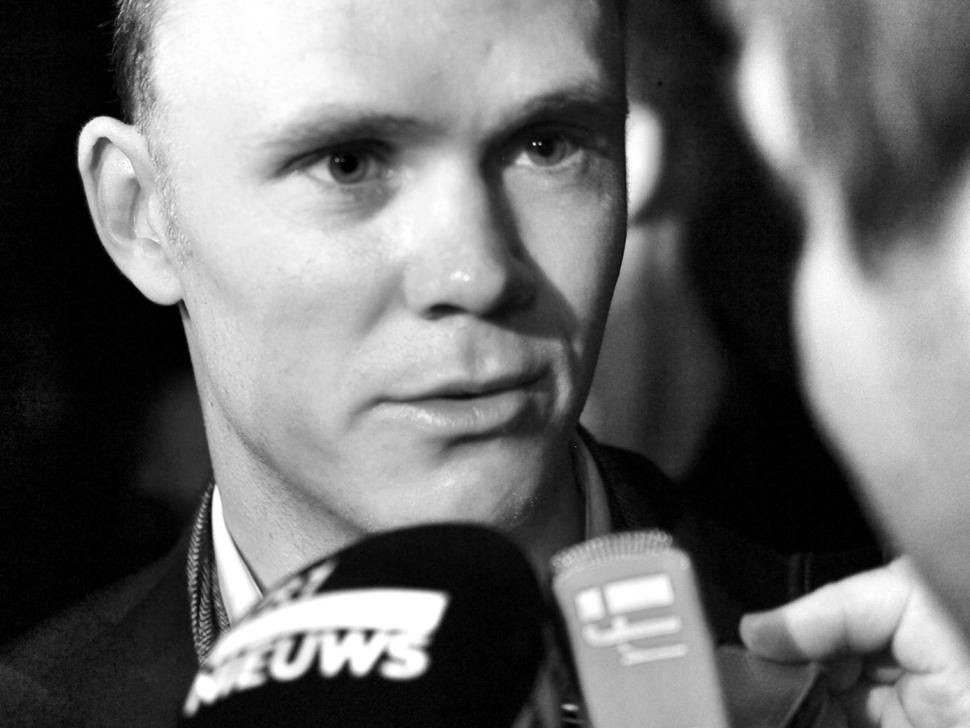 Fractures in left wrist and right hand for Chris Froome

Team Sky have confirmed that Chris Froome sustained fractures to his left wrist and right hand prior to abandoning the Tour de France on Wednesday’s Stage 5 of the race.

Froome, who had injured his hand after crashing early on in the previous day’s Stage 4, fell twice on wet roads on Wednesday and withdrew from the race with 70 kilometres still to ride.

He flew home to Monaco that evening, and Team Sky say they have been working with the Monaco Institute of Sport to fully diagnose the extent of his injuries.

Team doctor Alan Farrell told TeamSky.com: “We made it a matter of priority for Chris to have a thorough investigation into the injuries he sustained as initial scans from the race doctor on stage four couldn’t confirm any fractures.

“Under our instruction, Chris was examined by a specialist at the Monaco Institute of Sport. The process involved MRI scans which have shown today that Chris suffered a small fracture to one of the bones in his left wrist.

“The investigations also revealed a small fracture to a bone in Chris’s right hand, which hadn’t caused him any undue pain over the two stages.

“The fact Chris hadn’t felt discomfort in his right hand shows how tough he is, and the pain threshold he has. Chris has been incredibly brave throughout this whole process and clearly did not take the decision to withdraw from the Tour de France lightly.

“Thankfully, his injuries won’t be keeping him off the bike for too long and we expect him to return to training in the next few weeks.”

It’s too soon to say when Froome might return to racing, although there have been suggestions that having left the Tour early, he may target the Vuelta which starts six weeks today.

Froome was runner-up to Juan Jose Cobo in 2011, with Sir Bradley Wiggins third, the latter opting to ride the Spanish race after crashing out of the Tour de France in the opening week with a broken collarbone and finishing third.