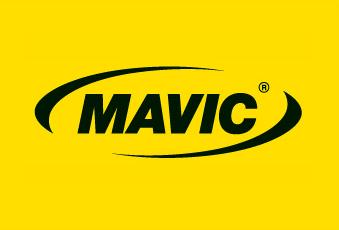 Finland's Amer Sports will instead focus on developing Mavic...
by Simon_MacMichael

Amer Sports, the Finland-based parent of bicycle component manufacturer Mavic, has decided against selling the business, saying that it wouldn’t be in the interest of shareholders.

In September, Amer Sports announced that it was exploring options for the business, including a possible “divesture.” But in a statement yesterday, it said that it had chosen not to go ahead with that option, and instead it would “concentrate its efforts on further developing its cycling business.”

Founded in 1889, Mavic was the first company to develop the aluminium rim, launched in 1926, and in 1973 it began providing neutral service for races such as the Tour de France, with its bright yellow vehicles now a familiar sight to cycling fans. Riders such as Greg Lemond have used Mavic-equipped to ride to victory.

In recent years, the brand, based in Annecy, France, has expanded beyond components into products such as cycling clothing and footwear, but it has experienced a difficult 2009.

At the start of the year, it announced a voluntary recall of its flagship R-SYS wheels due to concerns that the carbon tubular spokes of the front wheel “may break during use in certain circumstances”.

At the end of October, Amer Sports, whose other brands include winter sports brand Salomon and tennis and golf equipment manufacturer Wilson said that Mavic’s sales had fallen by 14% in local currency terms during the first six months of 2009. Mavic achieved full-year sales of €114.2 million in 2008.

Mavic’s problems have been widely attributes to the intense competition that has sprung up in the high-end wheelset business in recent years, with both global brands and independent companies increasingly providing stiff competition in the sector.