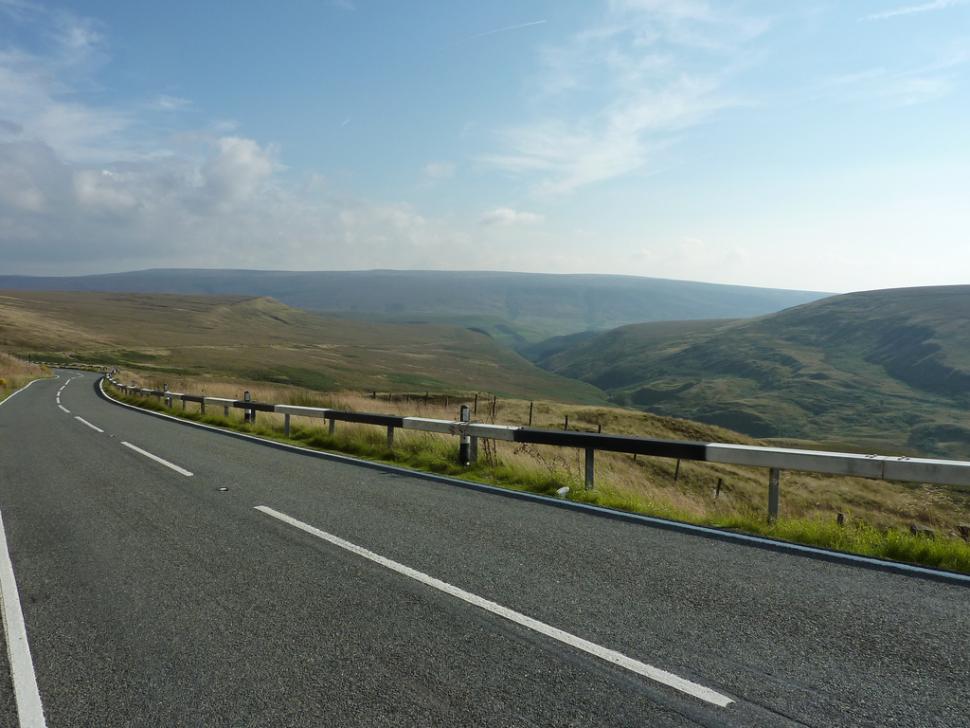 The top of Holme Moss (CC licensed image by by shirokazan:Flickr)

No camping signs, boulders placed to prevent parking
by Simon_MacMichael

A councillor who helped plan the routes of the two Tour de France stages in Yorkshire has hit out at what he sees as a “heavy handed” approach by Kirklees Council to forbid camping on the climb of Holme Moss and place boulders by the roadside to stop people parking vehicles there.

The council has placed yellow ‘No camping’ signs around the top of the climb, which features on Stage 2 of the race from York to Sheffield, as well as putting boulders in place at the roadside, reports the Huddersfield Daily Examiner.

But Martyn Bolt, a former mayor of Kirklees and a committee member of the Dave Rayner Fund which supports young cyclists looking to launch a professional career, says that the measures are “draconian.”

He told the newspaper: “I think Kirklees has been very heavy-handed over this. The signs send out completely the wrong message and anyone looking at where to go to watch the Tour may decide to go somewhere else instead.

“Kirklees have had workmen putting down these huge blocks of stone and I hope they have carried out a risk assessment. What they have done is create a potential hazard.

“If a cyclist had a mishap, such as a puncture, they could always veer onto the verge and have a relatively soft landing.

“Now they could hit a nine or 10-inch tall boulder, buckle a wheel and go head over heels over the handlebars. Then you also have to consider people walking and those with mobility problems.”

He added: “These are draconian preventative measures which penalise cyclists more than illegal campers.”

In a statement, a council spokesman said: “People are welcome to bring caravans and motorhomes to the event but we would ask that they follow the spectator guidelines and park only in designated car parks as they cannot be left at the roadside.

“This is to enable the safe running of the race, protect land owned by local people from damage and allow space for the large number of spectators who are expected to line the route at this iconic location.

“Verges between Holmfirth and Holmbridge are not generally wide enough to park a vehicle without obstructing the route and wider verges and the small number of lay-bys are to be used for essential race infrastructure.

“The council is currently in discussion with Yorkshire Water on the use of Holme Moss car park to host race essential infrastructure.

“Other areas on this part of the route are in the control of local landowners and their use and any charges will be at their own discretion.”

In its third and final report on preparations for the Tour published last week, the government-backed company Tour Hub 2014 Limited said it expected 60,000 spectators on the Holme Moss climb, and added that £100,000 had been taken from a contingency fund to ensure their safety.