Planet-X acquired the British brand Holdsworth last year and will be launching a new Holdsworth 2015 Heritage range at L’Eroica Britannia vintage bike event in the Peak District later this month.

The Holdsworth brand was established by Sandy Holdsworth in London in 1927, and began making steel frames in 1933. The new bikes are being developed by Lorenzo Altissimo, a 30-year bike industry veteran who is an expert in steel tubing and steel frame production. He was the export manager at Columbus, manufacturer of steel tubing, for 10 years. Former US Postal Service pro rider Jamie Burrow has also been working on the project.

According to Holdsworth, the new 2015 Heritage range is, “A range of handmade, lugged steel frames that honour Holdsworth’s greatest achievements; the Cyclone, the Mistral, the Zephyr, the Professional. “These are the names that stood the test of time. The 2015 Heritage range honours these classics, remaining true to their identity and historical context. You will find historically accurate geometry, paint, lugs and tubing. And, of course, to complete the series, the iconic orange and blue Holdsworth-Campagnolo team frame. For years it was the dominant force on the UK race scene, winning numerous national and international events, national titles, and was even used to compete in the Tour de France.” 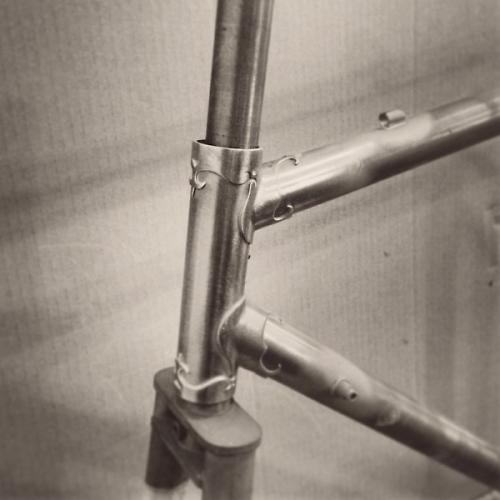 Four of the five bikes are made from Reynolds 531 steel, the exception being the Professional Italia. Holdsworth say that the Cyclone is designed for all-day comfort. They also say that you can add mudguards and a rack and use it as a tourer. 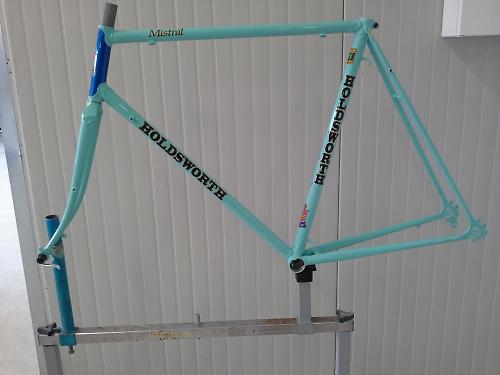 The Mistral is, according to Holdsworth, “a very light and lively all round frame”. There’s also a Lady Mistral with a mixte rather than a conventional diamond frame. 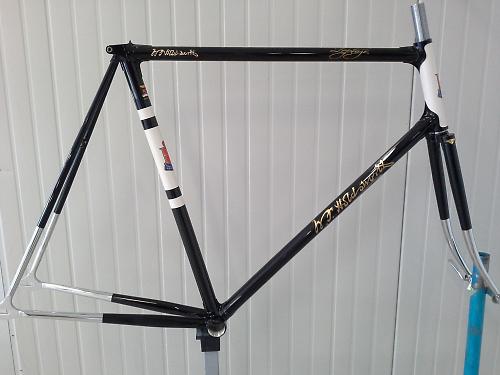 The Zephyr is a fixed gear track/urban bike so it has rear facing horizontal dropouts and no mounting points for bottle cages, racks or mudguards (although there is clearance for mudguards). 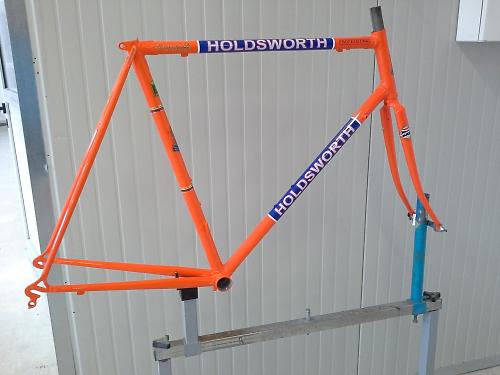 The Professional is a road race bike with horizontal, adjustable rear dropouts, a 1in threaded headest, a BSA bottom bracket and clearance for 25mm tyres. You also get Holdsworth and Campagnolo handcut brass signatures/badges. The Professional Italia is the top end model made with Columbus SL main tubes and polished XCR stainless steel dropouts and chainstays. The fork is stainless too.

Each of the bikes come in five sizes from 49cm to 60cm.

We don’t have prices yet although they could be around £799 apiece (to be confirmed). 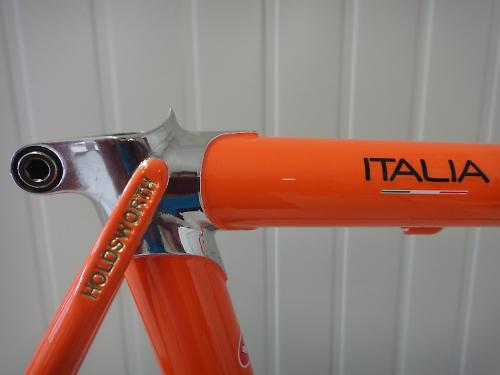