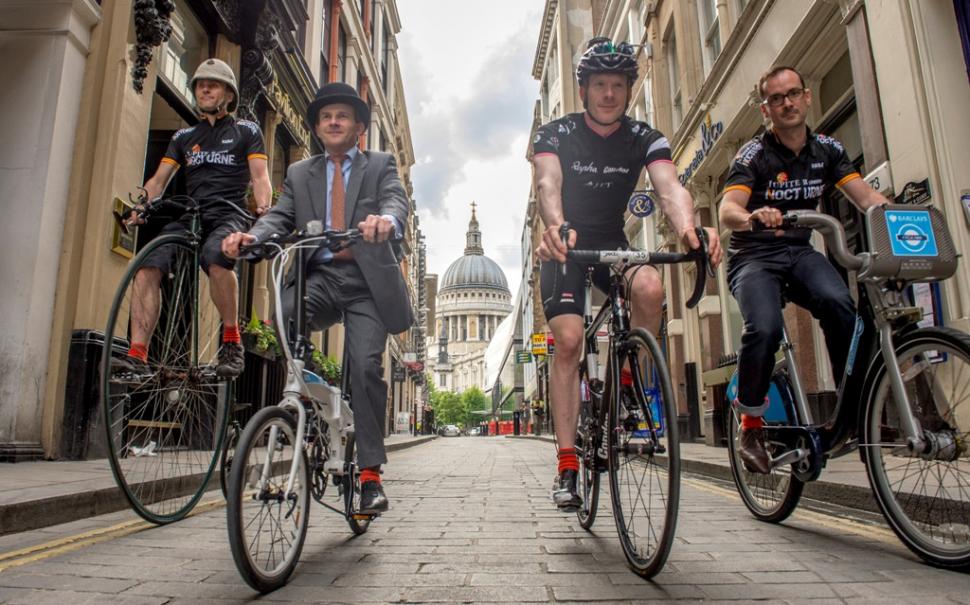 You’ll also have the chance to check out the first-ever Barclays Cycle Hire Race, along wih some old Nocturne favourites like the Penny Farthing and IMImobile Folding Bike Races.

From world-class professional riders to Penny Farthings, the usual mix of eye-catching bicycles and a party atmosphere will see London’s oldest market transformed into a one-day urban cycling festival - exactly a month before the Tour de France arrives in the city.

The Jupiter London Nocturne is free to attend, with racing beginning at 4pm with the IMImobile Folding Bike race and ending with the Schwalbe Elite Men's Criterium at 9.30pm.

The Mayor of London, Boris Johnson, said: "Exactly a month before the Tour de France rolls into our great city, the Jupiter London Nocturne will kick-start another sensational summer of cycling in the capital.”

There'll be a pop-up London Nocturne bar right by the start/finish line, for the first time ever! The Nocturne bar will be next to the cycling expo area and big screen, and there are plenty of other  bars and restaurants all around the circuit from which to sup a pint and watch the action.

The winner of the IMImobile Folding Bike Race Final (8.30pm) will get a Tern bike as a prize.

The Elite Women's Criterium (8.50pm) and the Schwalbe Elite Criterium (9.30pm) will round off the racing: presentations and champagne-spraying take place at around 10.20pm.

Edward Bonham-Carter, Vice-Chairman Jupiter said: “The Nocturne is a fantastic event which captures the culture and variety of cycling in the capital.

“Culminating in the elite races, the event gives spectators a fantastic view of the speed and agility which makes cycling such a great sport. We’re looking forward to a successful partnership and are really excited about the first event in June.”

Can’t get there? One-hour highlights of the Jupiter London Nocturne will be shown on Sky Sports 2, Eurosport and Channel 4: