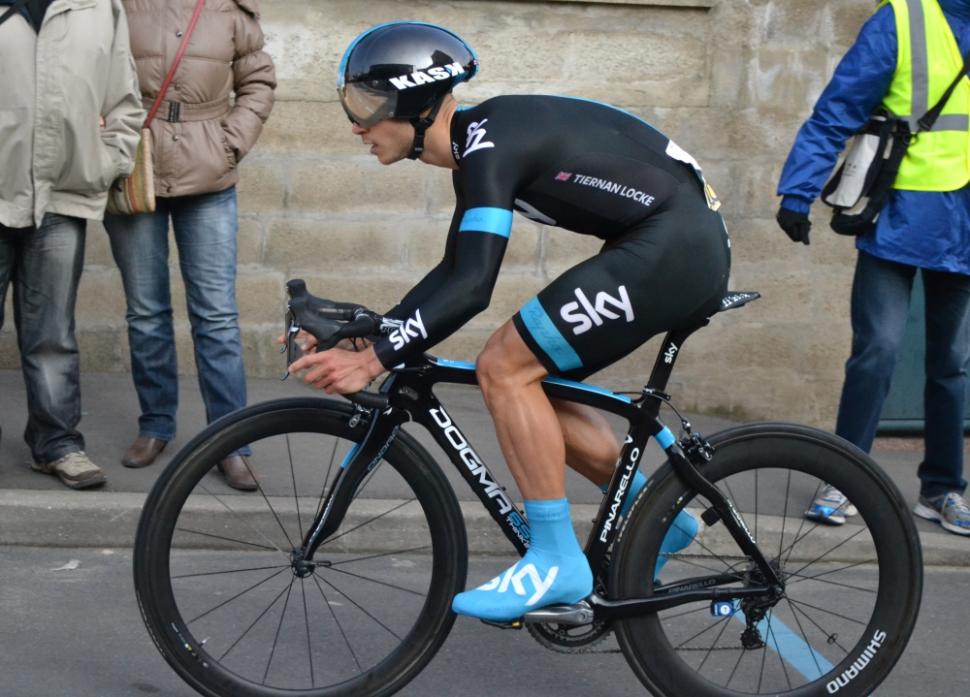 Jonathan Tiernan-Locke, currently stood down from Team Sky’s active roster following allegations of irregularities in his biological passport, has said that a request to postpone a hearing scheduled for next week was out of his control.

The hearing had been due to be held on 27 and 28 May, but in a statement yesterday, UK Anti-Doping (UKAD) said: “The hearing of the anti-doping case against Mr Jonathan Tiernan-Locke has been postponed until the summer. This is at the athlete’s request.”

However, the Devon-born rider told the Plymouth Herald that he did not ask for the postponement and that it was due to the case his lead lawyer is currently working on not yet being concluded.

“I most certainly did not ask for any such thing,” he said. “I just want this over and done with to clear my name and get my life back.

“One-hundred per cent, I never asked for a delay – for one thing I’m not allowed to – it was for reasons beyond my control.

“As I understand it, we were due to go to the hearing next week but one of my legal team is involved in another case and that has or is over-running by a couple of days.

“But that situation is enough to make it difficult to instantly set up a new hearing as both sides, witnesses and so on were affected.

“So, it was decided – not by me as the statement reads – that the hearing should be delayed.

“Believe me, no-one has more reason to get this over and done with than I do.”

Last September, Team Sky revealed that the 28-year-old had been asked to explain differences in his blood values from samples taken in late 2012, the season he won the Tour of Britain, and those taken after he joined Sky at the start of 2013.

It was after that Tour of Britain win that Tiernan-Locke, then riding for Endura Racing, first began undergoing regular blood testing. Endura insists that in the period in question he was training under Sky’s supervision before joining them.

Both Sky and Endura have said that factors other than doping could account for the variations in the rider’s blood values, such as illness or tiredness, and Tiernan-Locke is known to have had trouble adapting to a WorldTour level training regime.

Having spent several years out of the sport in his early 20s while he concentrated on his studies and recovered from a debilitating virus, Tiernan-Locke came to the notice of leading teams when he won two early season French races in 2012, the Tour Méditerranéen and Tour du Haut Var, in early 2012.

Those wins prompted French newspaper L’Équipe to ask: “Are we in the presence of a champion or a chimera? Tiernan-Locke can only be one or the other to win five races in a row.

“He’s part of a team from the third division, a category where the riders don’t have to submit to biological monitoring, via the blood passport programme of the Union Cycliste Internationale.”

Tiernan-Locke has not raced since September, when he withdrew from the Great Britain team for the road world championships in Florence after the issue of irregularities in his blood passport came to light.

He told the Plymouth Herald: “I already feel as if I’m serving a suspension, and cannot move forward with my life until this whole thing is resolved.

“I know I’m innocent of anything and have stated that all along and yet this has been hanging over me since last September and originally, I believed the hearing would take place in March.

“We’re now approaching June and there’s still no resolution to it – I just hope this delay to the hearing doesn’t drag on, for the longer it does, the longer me and my riding career are in limbo.

“I just want it settled and can assure everyone involved that the delay is not of my making,” he added.