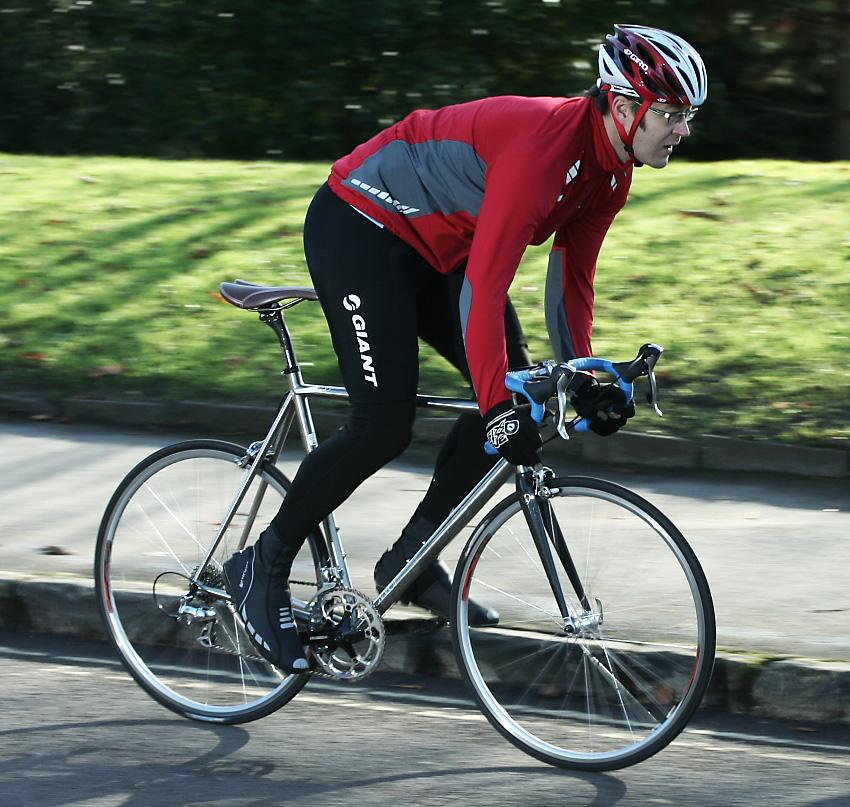 Charge's Titanium road machine has landed at road.cc towers, and we've had our first opportunity over the weekend to put rubber to tarmac. Here's what we discovered...

First impressions? well, let's go with looks first. The Skewer is certainly a handsome bike, with traditional geometry and understated graphics. The Red/Brooks-equipped sample that we shot originally was especially easy on the eye, our riding sample is a much more workmanlike, but still pretty, Ultegra equipped model.

The cheaper componentry impacts on the weight too: whereas the SRAM high-end bike tipped the scales at 16.5lb (and it could go lighter - the wheels especially weren't featherweights), the Ultegra model is a shade under 19lb with pedals. Charge are selling the Skewer as frameset only, so it's up to you what you spec. As soon as you hop onto the Skewer and launch yourself on a ride, the Titanium character of the bike is apparent. There's a liveliness to this bike right from the off that gives it a very different feel to some of the high-end carbon we've had lying around in the road.cc offices recently. On a good monocoque you get an instant, almost robotic, forward push from every pedal input, the massively stiff bottom bracket junction not allowing any sideways flex.

The Skewer isn't like that at all; it springs forward much more organically. The power hit isn't as instant, but I wouldn't say that any of your effort was wasted - indeed, Van Nicholas have done some pretty extensive research on the subject that would suggest that any power that's stored when the frame flexes is released as motion with little or no loss.

Anyhow, the Skewer is a joy to ride. We took it out on one of our test loops that includes a big climb, some sketchy back road descending, a bit of traffic-dodging, a dual carriageway drag and even a short unpaved section and it was sure-footed and fun to pilot the whole way round.

It's comfortable, for a start. The position isn't flat out racer, more sportive rider. Carbon's famed for its ability to absorb road buzz but there's no doubt in my mind that a well-made Ti frame is leagues better at smoothing out the jolts. Uphill the spring in the Skewer's step makes climbing just that bit more enjoyable, and pointing down it was sure footed and responded well to sudden changes of direction to avoid gravel traps and lane-changing motorists.

We've touched on the fact that it's not as stiff as a carbon machine, but it it stiff enough? Well, the short answer is yes but I guess it depends on what you're planning to do with it. We've got a large one (fnarr fnarr) and they're the least stiff, what with all those long tubes; stick a 105kg rider on top and you'd think that if there was flex, then that combination would find it. But it was fine: no amount of power through the pedals would make anything untoward happen at the bottom bracket, you get the Ti spring but nothing rubs or feels vague.

The bike has its limits though. Get down on the drops and give it a real balls out effort and the flex through the front end, always a problem area in large Ti frames, is a bit unsettling. The Skewer has a bi-ovalised down tube that's flattened at the head tube to combat the twisting forces but there's still movement. However, if you're a big sprinter wanting to race then you won't be buying a Skewer anyway, will you? 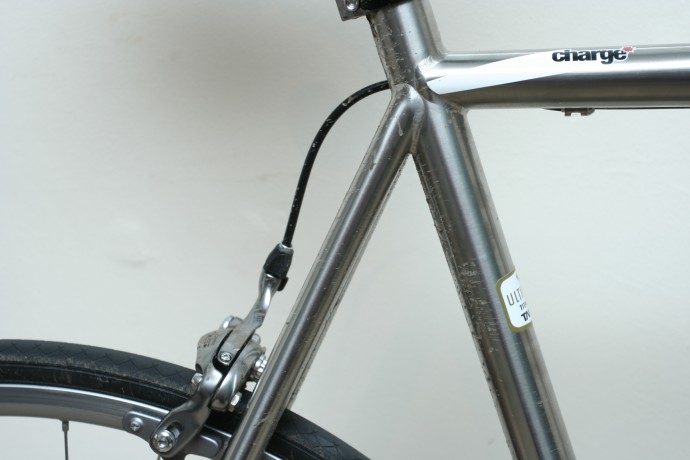 So who's it for? Anyone that wants to do a lot of miles on a responsive and comfortable bike, really. We haven't done the time on it yet (full test to come) but I'm sure it'll prove itself to be a very capable mile-eater and a great choice for the sportive set. If you're light you could probably build it into a capable race machine too, but first impressions are that the Skewer's heart is really distance at speed, rather than speed in itself.