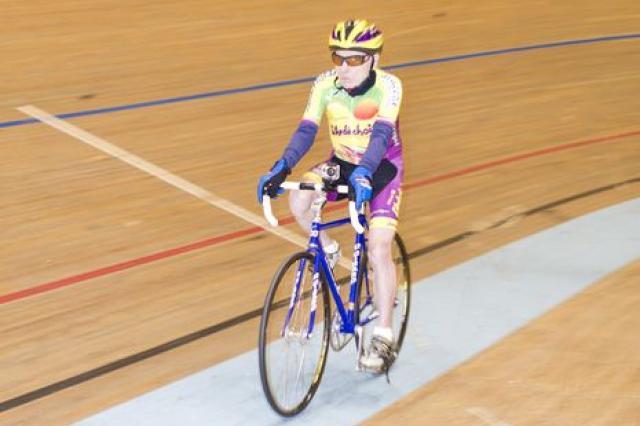 Cycling could lead to old age heart arrhythmias, but it’ll keep you walking

Cycling, and other endurance sports, could be the cause of arrhythmias in old age, according to research funded by the British Heart Foundation (BHF). Meanwhile, a group of researchers from Indiana University suggest that cycling into your old age will preserve your walking ability to a level equal to a moderately active 20-30 year old.

The heart study, being carried out by a group of scientists at the University of Manchester, has found evidence that extensive periods of exercise in mice changes the heart’s rhythm-setting pacemaker at a molecular level.

If the investigation’s results can be repeated in humans, the findings could have implications for the heart-health of elderly athletes, says the BHF’s associate medical director, Professor Jeremy Pearson.

Athletes are society’s healthiest, right? According to Nature Communications the incidence of arrhythmia is known to be higher in individuals with a lifelong history of training, like athletes.

Traditionally, this change in resting heart rate was thought to be the result of the nervous system changing its requirements in response to intense exercise.

However, Professor Mark Boyett told BBC news that their research suggests this is not the case.

The team found that extensive exercise reduced the production of a pacemaker protein, and it was the scarcity of this protein that was responsible for low resting heart rate in mice.

Professor Boyett said: "This is important because although normally a low resting heart rate of an athlete does not cause problems, elderly athletes with a lifelong training history are more likely to need an artificial electronic pacemaker fitted."

But he added: "Although endurance exercise training can have harmful effects on the heart, it is more than outweighed by the beneficial effects."

These beneficial effects are being explored by a team of scientists from the Department of Kinesiology at Indiana University, in America.

Their research titled Skeletal muscle mass, bone mineral density and walking performance in masters cyclists, compared the aforementioned traits in a group of older cyclists and with a group of moderately active young men.

The group of cyclists between the ages of 53 and 71 trained 4-5 times per week and had done for an average of 17 years. The group of young men, aged between 20 and 30, exercised under twice a week.

The results showed that despite the age difference, there were no differences in muscle mass or spinal bone density between the two groups.

While bone density in the femoral neck bone of the cyclists’ hips was found to be lower than that of their younger counterparts, the study noted that thigh muscle loss as a result of ageing was not observed.

These findings lead to the speculation that cycling into your later life could preserve movement and walking performance to the levels of a twenty-something.

1
Minivan passenger in Las Vegas killed as he pushed cyclist to her death
2
Egan Bernal facing months of rehabilitation due to spinal condition
3
Win! Over £500 of dhb Flashlight winter gear
4
Sir Keir Starmer interviewed by police after crash with cyclist while driving in north west London
5
Giro d'Italia zip-gate. Hindley and Kelderman struggle with jacket issues on a freezing Stelvio
6
Canyon set for €500m+ private equity sale?
7
Giro d’Italia: Riders board buses after riding through neutral zone after Stage 19 is shortened in response to peloton protest
8
Near Miss of the Day 487: "This vehicle is turning left" (having first pulled alongside you)