The Niner RLT 9 is a gravel grinder all the way from the USA.

That begs the question: what the hell is a gravel grinder? Well, as the name suggests, it’s essentially a bike designed for unpaved roads, and it has quite a lot in common with a cyclocross bike, although they’re two different genres. That said, the line separating CX bikes and gravel bikes is a blurred one. We’ve heard a lot over the past couple of years about how gravel bikes are going to be The Next Big Thing. 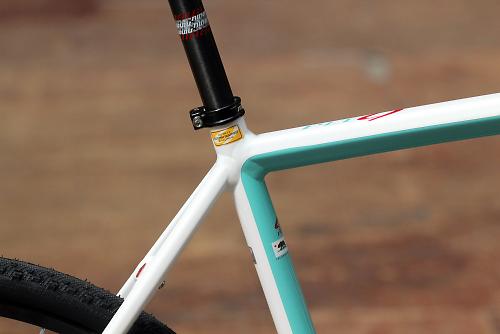 Niner is a US brand that makes 29in wheeled mountain bikes, and although it describes the RLT 9 as a ‘gravel grinder’, it also calls it a ‘29er’, an ‘all-road mountain bike’ and a ‘monster-cross machine’. Rather than getting bogged down in labels, we’ll tell you a bit about the bike and you can make your own mind up. 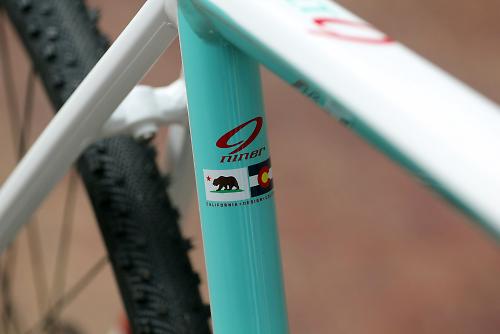 RLT stands for ‘Road Less Traveled’ – because Americans don’t know the correct spelling of ‘travelled’, and also because this is a bike designed for the backroads. They have a lot of non-tarmacked gravel roads in parts of the US. We don’t have as many gravel roads in the UK but there are plenty of forest roads, fire roads and bridleways with surfaces that you wouldn’t want to ride on a road bike. 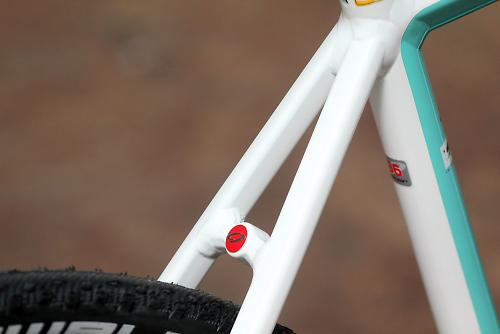 The RLT 9’s frame is made from aluminium with hydroformed tubes and proprietary forged dropouts. Niner says that the bike is built to ‘fire road geometry’. We have the 56cm model in on test and it comes with a 560mm seat tube, 565mm top tube, and a 165mm head tube. The stack is 589mm and the reach is 385mm. 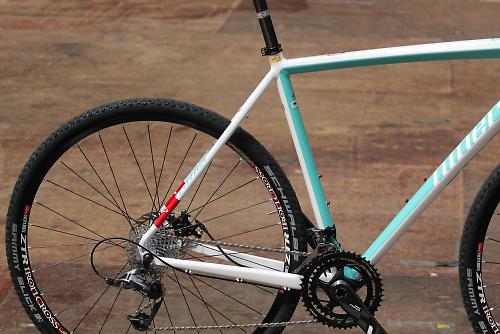 Those are fairly similar to measurements that you might find on a 56cm road bike but the head tube angle is slack (71.5°), and the chainstays are long (43.5cm). The bottom bracket is lower than you’d get on a mountain bike (it's a 65-70mm drop depending on the frame size, similar to that of most cyclocross bikes). The idea, according to Niner, is that you get “a stable ride on the rockiest of roads and [the RLT 9 is] still capable of winning a proper cross or two for the privateer.” 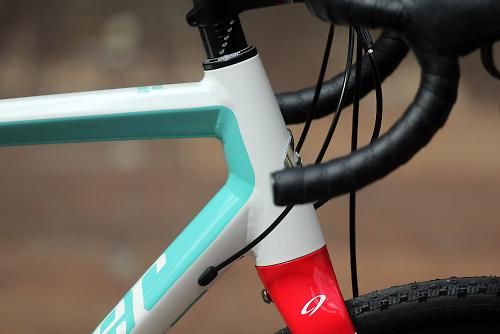 The frame comes with a 27.2mm diameter seatpost to reduce road vibration, a PF30 standard bottom bracket and a tapered head tube – 1 1/8in at the top, 1 1/2in at the bottom. The fork that fits in there is Niner’s own full-carbon number, gravel-tuned, they say, and built to mountain bike safety standards. 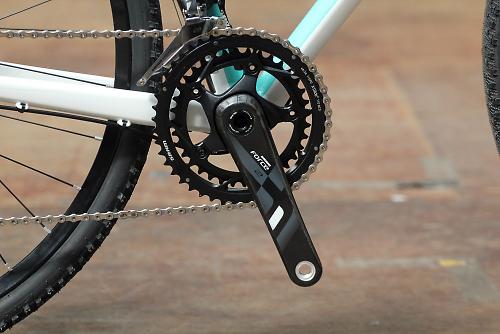 Our test bike is built up with mostly SRAM Force components with a 46/36-tooth chainset. 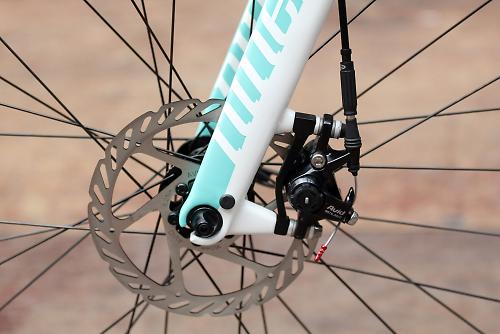 The brakes come from SRAM’s sister brand Avid; they’re BB7 Road mechanical disc brakes, the rear one mounted on top of the chainstay. The cable routing for the brakes is external although it’s internal for both of the mechs (you could easily run Di2 electronic shifting with a seatpost battery if you wanted). 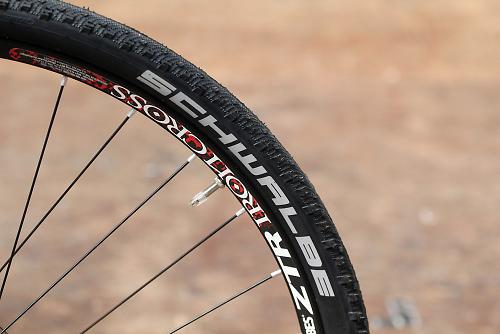 The wheels are Stan’s ZTR Iron Cross rims, designed specifically for cyclocross, on Stan’s 3.30 hubs (135mm rear spacing). Niner reckon the bike is designed for both mountain bike and road wheels, the idea being that you run narrower wheels and tyres if you’re not going off paved road for long, and bigger options for longer trips on tougher terrain. 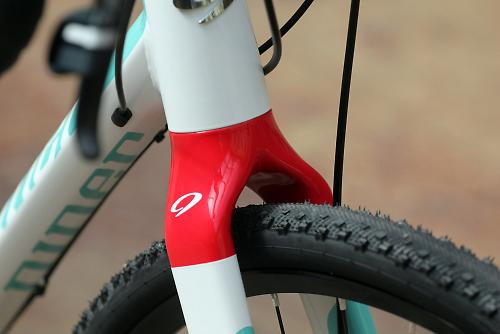 The tyres fitted are Schwalbe Sammy Slicks, which are semi-slicks with knobbly shoulders but a fairly smooth central section. The design is intended to roll easily and provide good cornering. They’re 35mm wide. Niner say that you could run tyres up to 1.75in if you wanted. 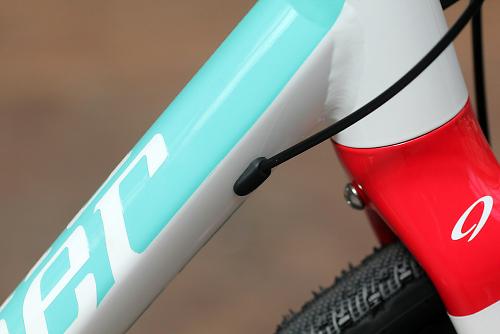 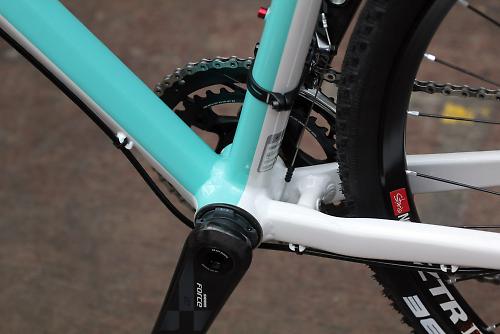 We’re going to see how it stands up to the chalky roads of Salisbury Plain and we’ll be back with a review shortly. If you want more info in the meantime go to www.jungleproducts.co.uk.