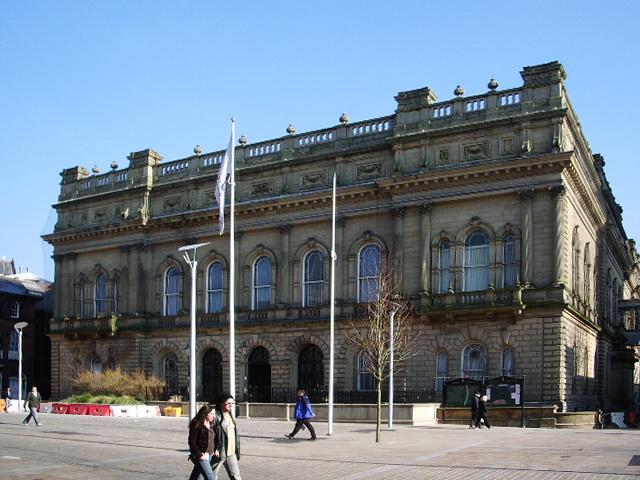 DfT contribution sought for project that includes 'Weaver's Wheel' network in Blackburn and new cycle route in Rossendale...
by Simon_MacMichael

Councils in Lancashire are bidding for almost £2 million from the Department for Transport’s Local Sustainable Transport Fund to help finance an £8 million scheme aimed at getting people in towns including Blackburn out of cars and onto bikes through the development of the East Lancashire Cycling Network.

It is hoped that the project, which forms part of the Connecting East Lancashire programme and will see the development of a “Weaver’s Wheel” of cycle routes in Blackburn and a “Valley of Stone” route through Rossendale.

The Weaver’s Wheel network would provide a link between the centre of Blackburn and areas such as Feniscowles, Great Harwood, Mellor Brook, Oswaldtwistle and Salesbury and is aimed not only at making it easier for people to access employment opportunities, but also attract both new employers and tourists to the area.

The same aspirations apply to the proposed route in Rossendale, which the 2011 Census revealed has the seventh lowest levels of cycling to work in England and Wales.

Other features of the proposals include improved facilities for cyclists at railway stations and an upgrade to a section of the National Cycle Network from Accrington to Ramsbottom, as well as a greenway being put in place in Huncoat, reports the Lancashire Telegraph.

According to the bid document, Lancashire County Council and Blackburn with Darwen Council are looking for £1.83 million from the Local Sustainable Transport Fund to help meet the planned expenditure of £5.7 million in 2015/16.

The balance of the cost of the project will be met by sources such as the Local Growth Fund, at £2.57 million the biggest single contributor, and the two local authorities’ Local Transport Plan 3 budget, with a combined share of £587,000. Other sources of funding during 2015/16 include British Cycling, to the tune of £45,000.

Dominic Harrison, public health director for Blackburn with Darwen Council, said: “To increase the levels of cycling to the regional average would make a significant contribution to improving the health of the local population, as well as having wider social, environmental and economic benefits.”

Caroline Gilbert, recreation manager (North West) at British Cycling, said: “We will continue to work alongside the Local Authorities and their partners on strategic planning of cycling in the area and as such we support the development of the East Lancashire Strategic Cycle Network.

“Therefore, a sustained partnership during 2015/2016 will capitalise on the momentum and inspiration we have already and will continue to create,” she added.

News of whether the bid for Local Sustainable Transport Fund cash has been successful is expected in July.