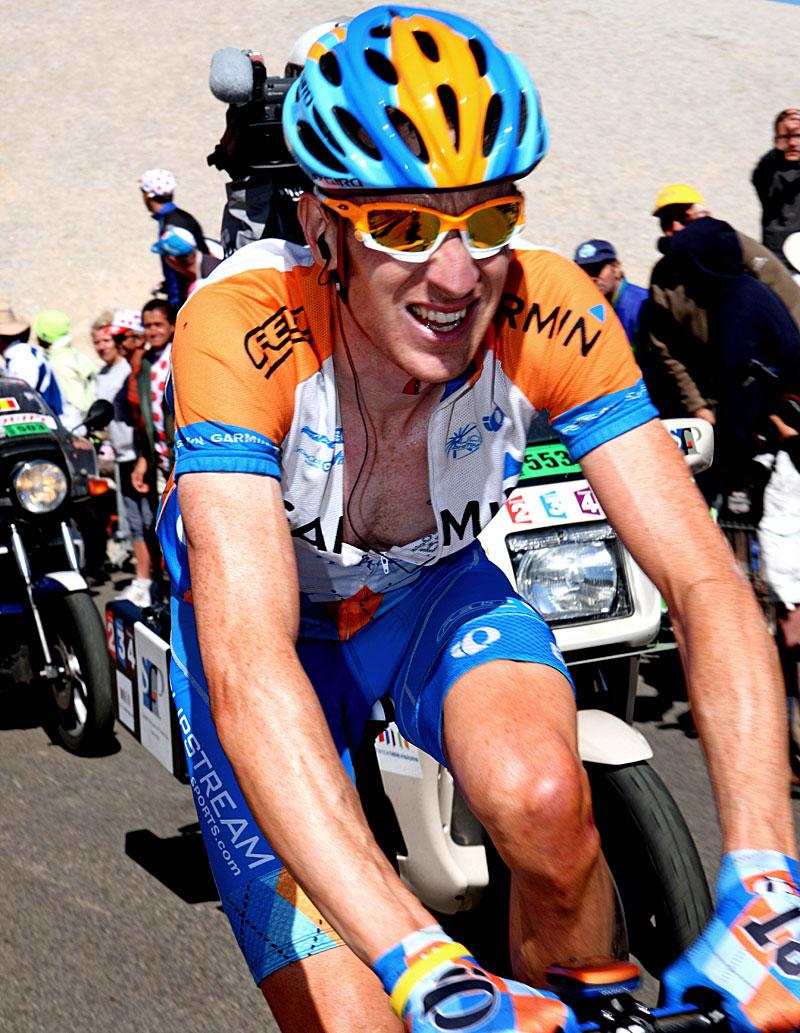 Wiggins focused on Garmin for 2010

Money talked but Garmin weren't listening so Bradley never got his hopes up...
by Tony Farrelly

Despite telling his Garmin Team manager Jonathan Vaughters that he wanted to join the newly established Team Sky, Bradley Wiggins has acknowledged that for this year at least such a switch is not on the cards "I'll just have to concentrate on what I've got and focus with Garmin and do the best we can do next year," he was quoted as saying on the BBC Sport website.

In fact, despite all the hype and speculation that surrounded his possible switch to Sky (we were told by one usually reliable source that as far as Wiggins was concerned he was gone – although that source did add that Bradley might want to take a closer look at his contract) Wiggins went on to say that such a move was never on the cards – not for this year at least.

"I still have to see my contract out with Garmin," Wiggins told the BBC. "I didn't really have the choice to be honest… That's why I haven't really got too worried about it," added Wiggins. "In my mind it was never going to happen, so I never built my hopes up too much.

Wiggins's statement confirms a situation that had become obvious once the UCI's deadline for teams to file all the necessary paperwork to allow them to compete in next season's Pro Tour passed at the end of last month. Sky's hopes of signing both Wiggins and the young British sprinter Ben Swift from Katusha were dashed at the 11th hour with neither man's team willing to release them from their contracts – the lesson to be learnt seems to be that in cycling unlike football when big money comes knocking to sign a team's star riders 'no' does sometimes mean 'no'.

The result is that for 2010 Sky look a lighter weight proposition than they would have liked and their participation in some of the big non Pro Tour races, like the Tour de France, can by no means be taken as a given. From their point of view both Garmin and Katusha's managements will view the recent going on as something of a victory in terms of preserving their own strength and hindering the development of a potentially dangerous rival team.

For his part staying at Garmin another year probably won't hurt Wiggin's career – it protects him from the burden of too much expectation from the wider British public, and more importantly from his team and it gives him the chance to develop further in an environment that has already had a massively transformative effect on his career. Another good season can only boost his price tag still further and in 2011 he will be a free agent once again.