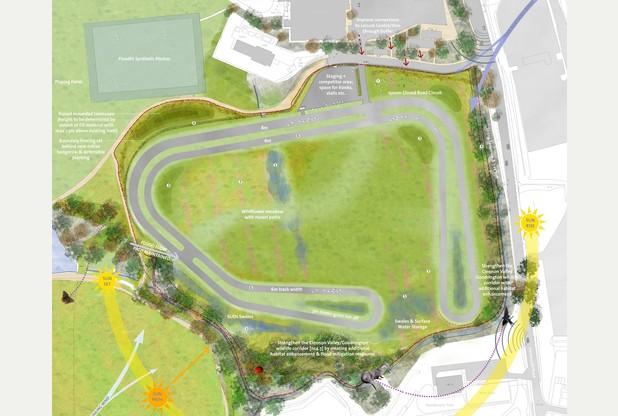 Torbay is to host its first ever Cycling Festival around Paignton’s new £800,000 closed road circuit.

The event which takes place on the 1st of June, includes a mass participation cycle ride around the brand new 1.5km track, and races for all, with women’s and children’s fixtures included.

It’s being promoted by British Cycling, who funded half of the cost of the new facility, and they’re urging all their members to come and see what their membership fees have helped build next month.

Cllr Robert Excell, Torbay Council's executive lead for sport, told the Herald Express: "We want to attract the committed racer and members of the wider public alike who want to take part of cycling club activity.

"This regional centre for cycling is a great addition to Torbay's sporting infrastructure and really puts us on the map for cycling development as well as creating an exciting new facility for visitors and residents of Torbay who just want to come along and have fun."

Catherine Williams, community and sports officer for Torbay Council, said: "Remember if 200 people join a cycling club, 20 will stay around for more than five years and two of them will be talented riders. If we do not get the 200, there is no chance of getting the 20 or the two!"

Brian Johnston, recreation manager south west for British Cycling, said: "I am very much looking forward to the Torbay Cycling Festival which will showcase this great new facility in Torbay.

"I hope to see riders of all ages coming along, whether they are existing riders, new to cycling or returning after many years, the event will provide a great opportunity to sample what cycling has to offer."

We reported recently how the new track will be a 1.5km macadam circuit open to all users, and it’s hoped will boost cycling in the area, with the nearest similar facility in Somerset, 90 miles away.

The land was previously  used as sports pitches, on a former landfill site. The track will be raised to avoid waterlogging, and protected with 1.8-metre high fences.

It may soon be followed with a velodrome in Clennon Valley, which British Cycling has earmarked as being among its ‘highest priority national projects'.

It’s not yet clear whether the circuit would be open at all times to allcomers or whether it would be subject to advance booking and only through clubs.