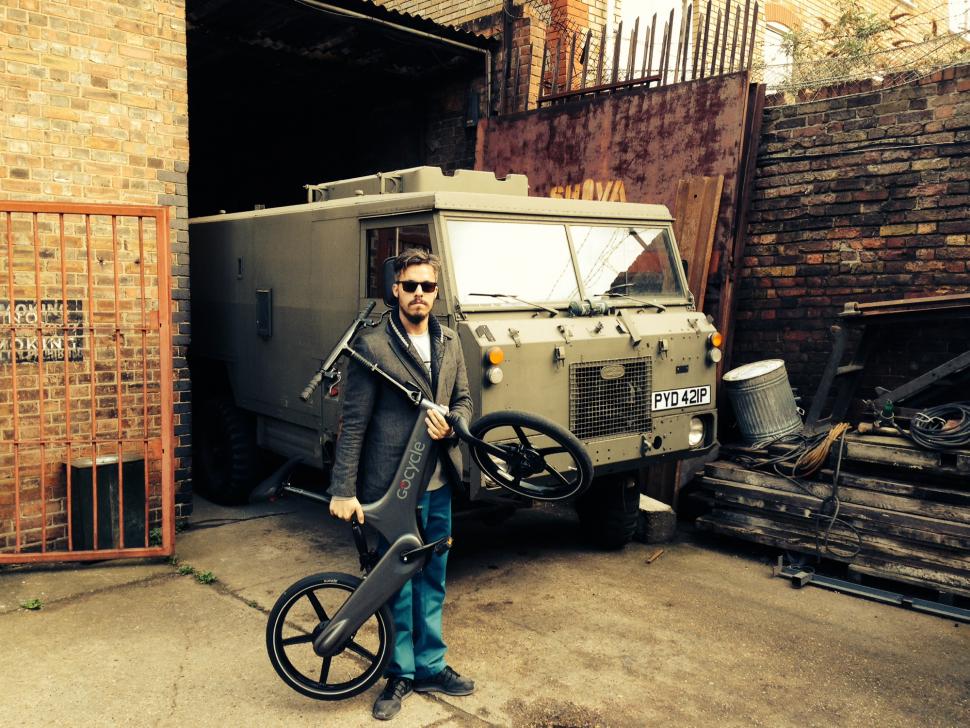 Thick as Thieves - Man who stole £2.5k e-bike phones owner for help in recharging it

Bike was stolen in Hackney from Ben Jaconelli - who happens to be GoCycle's authorised dealer for East London...
by Simon_MacMichael

The owner of a £2,500 GoCycle electric bike that was stolen in London got it back – after the thief phoned him up to ask for help in recharging it.

Ben Jaconelli had left the bike securely locked on Hackney’s Kingsland Road, but returned after 20 minutes to find it was gone.

He reported the theft to the police, but resigned himself to the worst until he received an unexpected phone call.

The 30-year-old happens to own e-bike online retailer Fullycharged.com and recently opened a shop on Old Street roundabout.

He’s also the authorised GoCycle dealer for the area, making him a rather obvious – if poorly-thought-out – point of contact for the person who had taken his bike once it ran out of power.

“The thief called me, unaware that it was my bike,” he said.

“He asked for a charger for a Go Cycle and I knew straight away it had to be the thief.

“I took down as many details for him as possible and then set about tracking him down.

“One of the guys at our warehouse has an old army truck so we piled in to that and turned up at his house.

“He was out, but his bemused mother was in and she got straight on the phone to her son to demand to know why he wanted an electric bike charger.

“A minute later he called me and asked why I was at his house and I said ‘you stole my bike.’

“He hung up and 20 minutes later the bike arrived at the warehouse in a taxi.”

Details have been given to the police, who are investigating, although no arrest has been made as yet.

They are also looking into potential links with other bike thefts in East London.

“There is a such a close network of dealers and I had alerted them all to the theft,” added Mr Jaconelli.

“Even if he did not ring me, I would have found out about it pretty quickly.”