Bespoked: the versatility of steel

Steel comes in all sorts of different flavours and it can be built into a whole lot of different types of bike, as we found out when walking around the Bespoked handmade cycle show at the weekend.

Steel is used for everything from city run-around bikes right up to full-on performance machines, and it’s built using fillet brazing, TIG welding, lugs... check out the diversity below.

Here are some of the most interesting steel builds that we spotted... 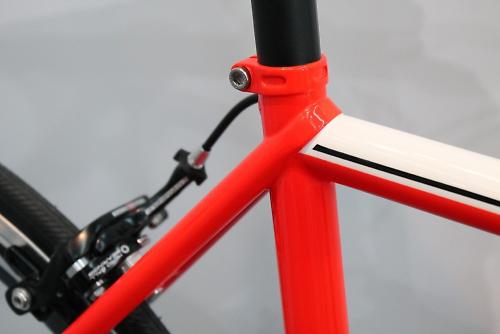 Brian Rourke makes a whole bunch of custom framesets from Dedaccai Zero and Reynolds 631, 853 and 953. This (including the main picture) is one of the 953 road models with the chainstays and seatstays left unpainted to let the steel show at the back. 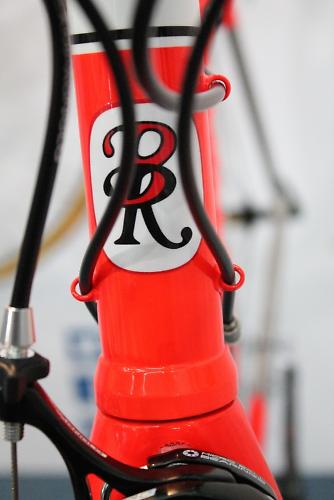 The little cable guides on the side of the head tube are a neat touch and the flawless paintwork gives a gorgeous finish. 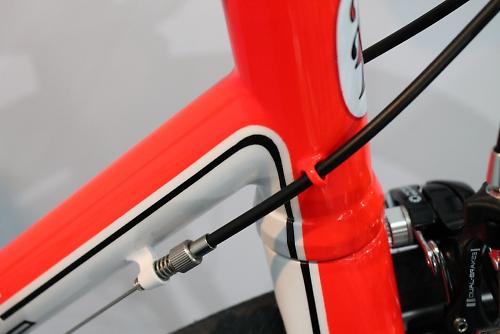 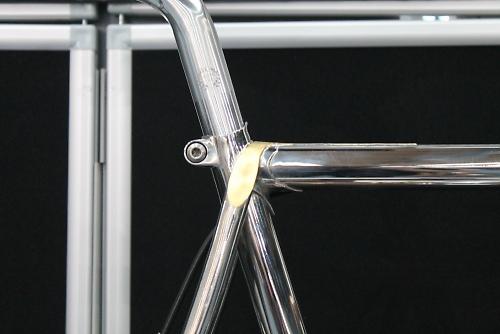 Check out this lugged road frame in Reynolds 921 stainless. Beautiful! Reynold and Paulus Quiros say that the tubing is extremely strong but malleable enough to allow the tubes to be curved – hence those sweeping seatstays.

Paulus Quiros wanted to create the appearance of engine-turned brass here so used a 23 carat gold leaf finish for some of the details. Speaking of details, check out some of the little touches on this Wales-themed bike. That’s the Prince of Wales’s feathers on the head tube and a dragon on the seat tube.

Despite the name, Blacksmith Bikes comes from The Netherlands. Although these two bikes initially appear very different, they’re both based around the same frame: the Avenue. 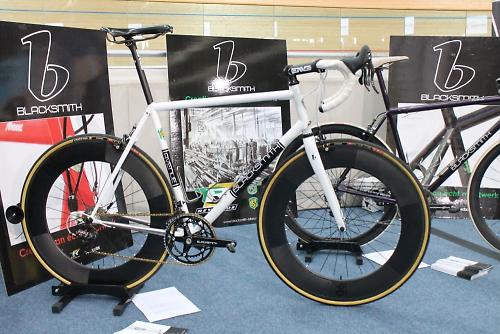 Blacksmith sees this as its most versatile racing frame and it tweaks the geometry according to each individual rider’s measurements, riding style and aims. 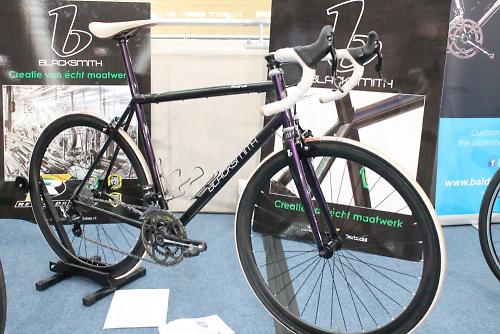 The tubeset also varies according to the individual, Blacksmith using Dedacciai for big, strong riders who want stiffness, a Columbus Life or Max tubeset for more comfort, and Reynolds 853 for a combination of light weight, stiffness and resilience. Both the bikes shown here are 853. 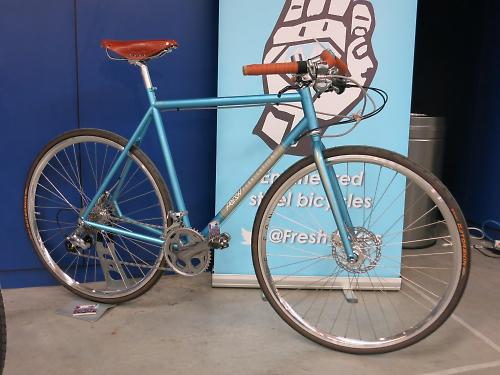 Fresh Fabrications handbuilds its steel bikes in London. This town bike is made from a double-butted Columbus mixed tubeset and it uses hydraulic disc brakes from Hope. 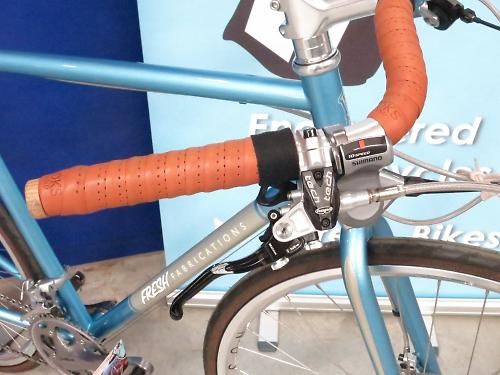 That’s Brooks leather tape on the swept back bars. 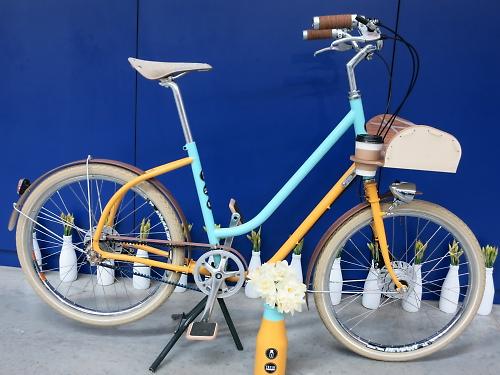 This Milk Bike model is totally different with some interesting tube shapes, particularly those seatstays. It’s Shimano Nexus-equipped and belt driven. Check out the coffee holder on the front carrier. Oak Cycles is another London brand and this is The Time Machine; you won’t get it confused with BMC’s Timemachine TT bike, despite the similarity in the names. It’s made with Columbus Spirit Main tubes and an 853 rear end. The head tube is tapered and, as you can see, it uses disc brakes. The finish clearly owes a lot to Penguin books.

Rusby Cycles is yet another London-based brand that handbuilds bespoke steel frames. This bike was made specifically for the city, designed to be nippy and comfortable when you inevitably hit a pothole. The bike is belt driven – so there’s no chance of getting a rusty chain, the cables are routed through the pursuit handlebar and stem, and the brakes are cantis. 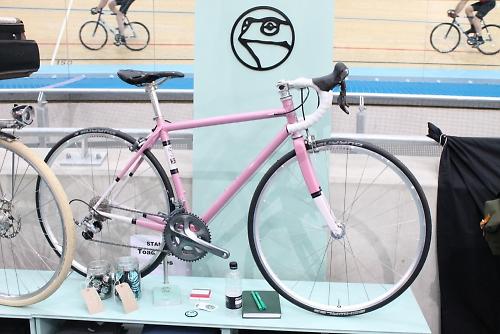 Toad is from Kintbury, West Berkshire. We like this lugged road frame made from Columbus steel with a paint job by Cromaworks (we saw a lot of pink/white frames at Bespoked). That’s a Shimano Ultegra build on there. 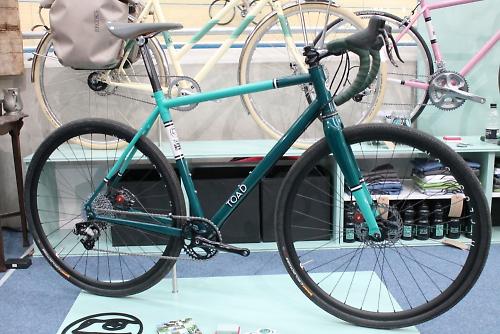 What are we going to call this, a cross bike or a gravel racer? Whatever, it’s a neat looking piece of work with disc brakes, a single-ring Middleburn chainset and other gear components from SRAM. The rear brake cable heads backwards through the top tube and eyelets allow for the easy fitting of mudguards.

Shand Cycles fillet-braze road and touring bikes from butted Reynolds and Columbus steel. They make both production and custom framesets. 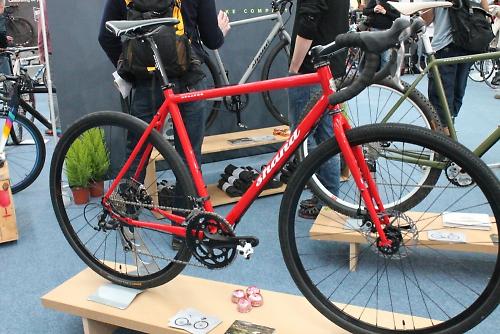 The Stoater is made from Reynolds 853 and it’s built up as an ‘allroad’ tourer in that it is designed to go anywhere on all sorts of surfaces.

“Refined enough to be your main road bike but rugged enough for off road trails and singletrack, it could be the only bike you ever need,” according to Livingston-based Shand. 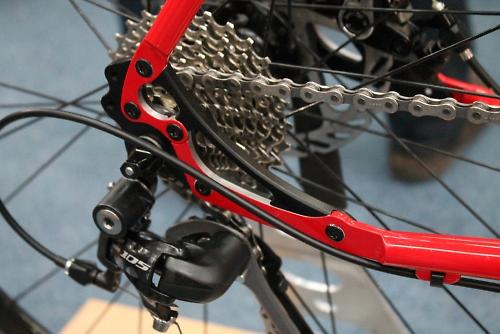 As you can see, it’s disc brake compatible, the chainstay positioning of the rear brake allowing space for rack and mudguard eyelets. Teague Bicycles are built by London’s Matt Teague, mostly in lugged steel. This singlespeed road bike is made from Reynolds 631.

The same is true of this touring bike with a sky blue powder coat finish. 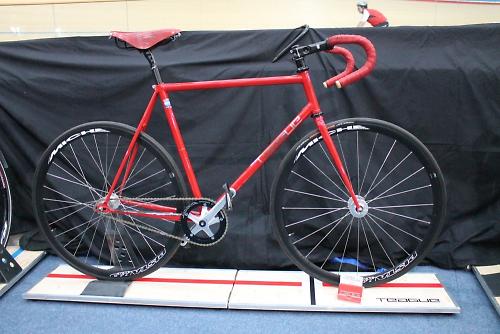 This track bike, on the other hand, is Columbus Spirit. Those are Miche Pistard WR wheels on there, along with Brooks’ classic B17 leather saddle.