Nowhere is bike choice more critical than Paris-Roubaix. It's not unusual for most teams to ride specially modified bikes at the Hell of the North, versions of their regular road bikes with adapted forks and rear stays to both offer the necessary clearance for the voluminous 28-30mm tyres typically used, and also longer wheelbases to inject a little extra stability in the handling department. 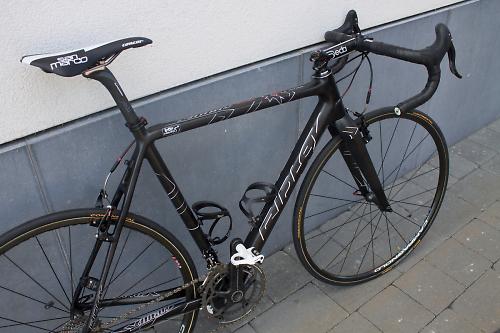 In years gone by many teams would turn up to this race with a fleet of cyclo-cross bikes, simply because the large tyres would not fit in the usual road bikes. That's starting to change, many manufacturers have been producing special one-off versions of their road bikes for quite a few years, like the Cervelo R3 Mud to pluck one example from many, a bike made specially for the team but not available to the public.

Increasingly though the manufacturers involved in professional cycle racing are offering endurance road bikes, as they're commonly called, with the necessary tyre clearance and modified geometry. There's the Bianchi Infinito CV, Cannondale Synapse, BMC GranFondo and Ridley Fenix, to name a few examples. What these bikes all have in common is the capacity to take up to 28mm tyres and a geometry that differs from regular race bikes with a longer wheelbase, and often a taller head tube, but that varies from brand to brand. 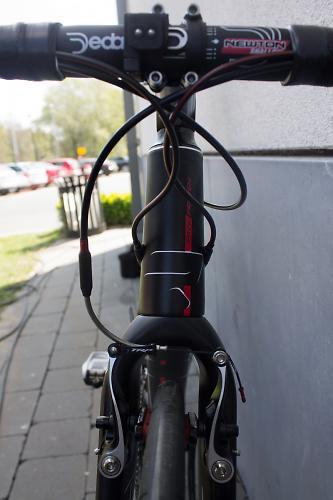 What that has meant has been less cyclo-cross bikes at the race. Ridley appeared to buck that trend however, and despite having a classics-specific bike in the shape of the Fenix, offered the team a modified version of their X-Night cyclo-cross bike. Now we can only imagine that the reason for going to the effort of preparing this cyclo-cross bike, with both V-brakes and cantilevers options and twin bottle cage drillings, is because some of the riders wanted to run tyres larger than the Fenix can accommodate.

Most teams run 28mm tyres, but it's not uncommon to see plenty of 30mm tyres, we saw quite a few last year. Some riders, including Niki Terpstra, were even running 30mm rear tyres and 28mm front tyres. That makes a lot of sense, you want a bit more volume out back compared to the front. We can only surmise that it is tyre choice then that prompted the decision to prepare dedicated 'cross bikes for the race. 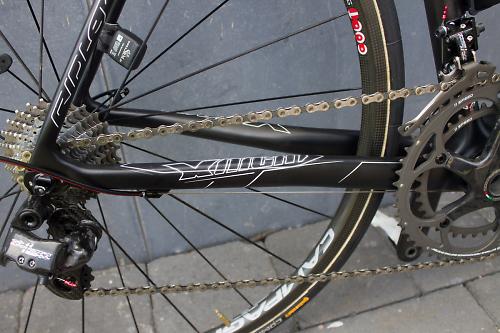 The choice for the bike will have fallen to each individual rider, most likely after a Thursday or Friday recon of the course. Looking back through the photos from the race, it appears there was a split, some riders stuck with the Fenix while some did ride the X-Night. It does seem that there was a last minute switch from the V-brakes to cantilevers though. There's good reason to run such brakes, and it's mainly about clearance. You might be able to fit 28 or 30mm tyres with regular calipers, but the clearance could be extremely tight. Any small stones are more likely to become sandwiched between tyre and caliper and potentially cause a flat tyre. This would be a bigger concern if the conditions were damp or wet.

So an interesting bit of bike choice for the Hell of the North, the race that still turns up some surprises on the tech front. What this Ridley cyclo-cross bike proves is that the manufacturers will go to any lengths to prepare exactly the bikes the team and riders want for the race, even if they already have a suitable bike in their range, it's no obstacle to giving the riders what they want in the biggest single day race in the calendar.