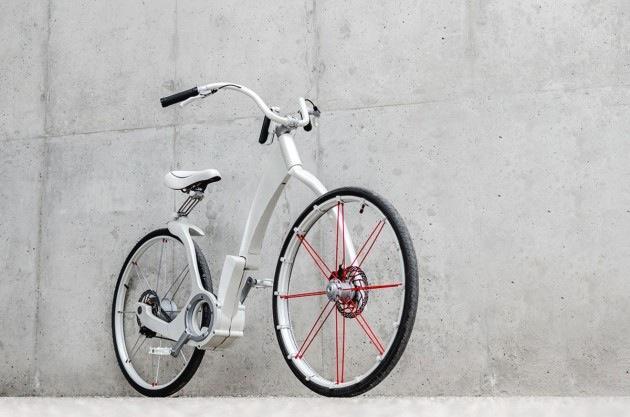 New Gi Bike has 40+ mile range and folds in 3 seconds, according to designers
by Mat Brett

The new Gi Bike is a full-sized foldable eBike that’s about to see the light of day through Kickstarter.

“It has tons of cool features, but the best one (for me at least), is that it's full-size and it folds in merely 3 seconds,” says Gi Bike’s Max D’Angelo. “It also runs 40 miles on battery, and has smartphone integration, anti-theft safety lock, carbon drive belt...”

The lithium ion battery lives inside the down tube and you get five levels of assistance along with a smart mode that analyses your use and adjusts itself accordingly. It can provide speeds of up to 25kph (15mph) through electrical assistance. 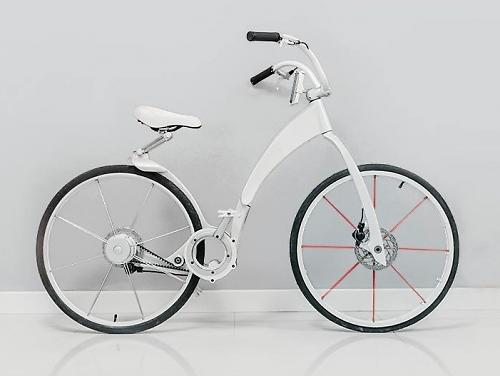 The Gi Bike comes with integrated rear lights, LEDs on the sides of the front wheel, and wireless smartphone integration. The bike will have its own app for both Android and iOS phones.

“The intelligent app will foresee any detractions from your set-route, enroute,” says Gi Bike. “Hazards, constructions, heavy traffic, will be constantly updated by users via social integration, making the Gi your perfect companion when time’s running short.”

There’s also an anti-theft lock system that switches on automatically when you walk 10ft away from the bike.

The bike is fitted with a monoblade fork, an off-centre seat tube, a one-sided chainstay and no seatstays at all. It’s belt driven and you get a USB port in the down tube so you can recharge your phone while you’re riding. The rims and spokes are custom-made for the Gi and the tyres are 26x1.5in. Accessories are currently being developed, including a rear mudguard and a briefcase holder.

The frame is made from aluminium and the complete bike weighs 17kg (37.4lb). A standard, non-electric version is considerably lighter at 12kg (26.5lb). The designers reckon that folding the GI Bike is super-fast and simple. They say that it’s just a single-motion operation that takes three seconds. Once folded, it’s only 900mm (3ft) long and 1,020mm (3ft 4in) tall, and you can shift it around like wheeled luggage.

Prices have yet to be announced.

For more info go to www.gibike.com and look out for the launch on Kickstarter soon.