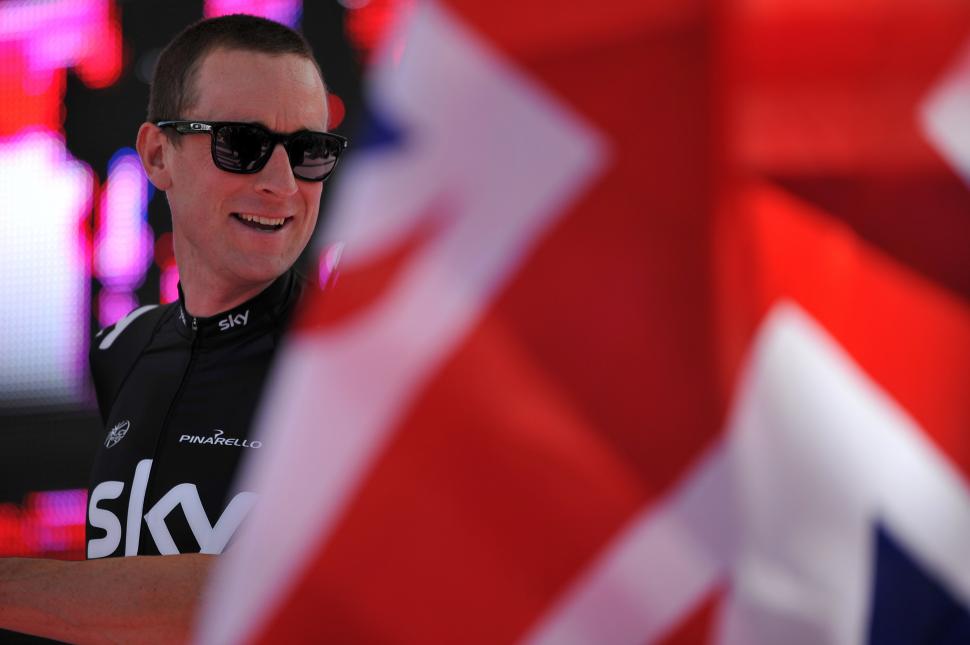 Sir Bradley Wiggins says it will be “liberating” to ride this year’s Tour de France in support of Sky teammate and reigning champion Chris Froome. Wiggins, who backs Wiggle-Honda, also says he believs that launching a women's team would be a "logical step" for Team Sky.

In an extensive interview with Alasdair Fotheringham in the Independent, Wiggins cuts a different figure to the one he did a year or so ago, when he seemed determined to attempt to retain the yellow jersey he won in 2012.

Despite Sir Dave Brailsford’s insistence from the moment the route of the 100th edition of the race was unveiled in October of that year that Froome would lead Sky’s challenge, Wiggins continued to hint that he might defy team orders and seek to ride his own race.

That was rendered academic when, a month before the race, Sky announced he wouldn’t figure in its squad, citing a knee injury he’d picked up following his abandonment of the Giro d’Italia through illness.

Froome, runner-up to his colleague and, some would say, rival in 2012, succeeded Wiggins to become Great Britain’s second Tour de France winner, and will lead Sky in this year’s race when it starts in Yorkshire in July.

"Froome's got the mantle [of leadership] now which is good, but I've still got unfinished business with the Tour,” said Wiggins.

"It'll be nice to go back, as nice as it is that my last Tour at the moment was the one that I won. I want to do something else at the Tour, whether it's a great ride for Chris or the chance to win another time trial there.

“With it starting in the UK, too, it's going to be a celebration of where British cycling has come from and I want to be part of that."

Wiggins believes he can be a key lieutenant for Froome as the younger man – 28 years of age against his own 33 – in July, saying: "In the case of the Tour, I see myself in that train with Richie [Porte] and whoever else it is, being one of the last guys there and to be there when it matters.

"There were a couple of times last year when Chris was really isolated and I want to be in a position that I can be there when that happens.

"But you can't underestimate how good you have to be to do that job as well, it's not something I'm taking for granted.

“To do myself justice and the team and Chris justice, as an ex-winner of the race, it's not about making up the numbers and giving a few pulls here and there. I think you have to get me there and do the job as well as Richie did last year."

Froome, for his part, told The Daily Telegraph: "I'm confident whoever is in there, we are going to have the strongest team possible."

On the prospect of Wiggins riding alongside him, he said: "He can do a lot of damage to the peloton. He's one of the best climbers in the world and we know his time trialing ability.

"If I am able to keep that Tour de France title and win a second consecutive Tour de France... it would mean the world to me. It's been one thing winning the Tour de France, but I think very few people have been able to go back and defend that title and do it a second time."

Wiggins, who by his own admission went on “a nine-month bender” after winning Olympic individual pursuit gold at Athens in 2004, said that he’d also had trouble coming to terms with the scale of his success two years ago, when he added the time trial title at London 2012 less than a fortnight after winning the Tour.

"I wasn't handling being Tour champion very well," he confessed, although for different reasons. “All that Lance [Armstrong] stuff had kicked off and I didn't want to be in that position.

“It's just different now,” he went on. "It's really liberating not being in the position of constantly being asked 'can you win the Tour?'"

Wiggins admits that just as happened when he won the Tour, and again last year, some will raise suspicions over Sky’s performance.

Referring to Froome, he said: "He got so much crap.His performances were so dominant but they were also genuine.

“I know everyone says that we were all lied to by Lance but the testing wasn't as scrupulous back then. You'd have to be mad to do it in this day and age, maybe a bit psychopathic."

But he added: "That's the stage cycling is in at the moment and I don't know if the cynicism and suspicion is going to get worse. Maybe for the next few years that is what we have to expect."

Great Britain head coach Shane Sutton, whom Wiggins has described as a father figure, has said he’d be happy for him to fight for a place in the line-up at the Rio Olympics in 2016.

Wiggins, who won the first of his seven Olympic medals, four of them gold, at Sydney in 2000, said: “I'll be 36, chasing that fifth Olympic gold, more track than road, I think.

"It's going to have to be if I want to do that," continued Wiggins, who would be likely to target a place in the team pursuit squad.

"I always said I'd like to finish it off where I started, going full circle, from team pursuit to Madison to winning the Tour."

Speaking of the prospect of Sky following the likes of Orica-GreenEdge and Lotto-Belisol in launching a separate women’s team, Wiggins said: “I think it's the next logical step in terms of where we are coming from and what we are focused on. We've certainly got the bodies for it.”

Wiggins himself has dipped into his own pocket to help finance the Wiggle Honda squad, managed by Commonwealth road champion Rochelle Gilmore and whose riders include British Olympic champions Dani King, Laura Trott and Joanna Rowsell, as well as the Italian two-time world road champion, Giorgia Bronzini.

On the subject of Sky backing a women's team, he continued: “I think the only danger with it is that they become this incredibly super squad, with a great budget and great riders, and then you've got the worst women's team on the circuit too and the void is huge... it becomes a financial competition rather than an athletic one."

This May sees the inaugural edition of the Women’s Tour in Britain. Wiggins believes however that it is the staging of a women’s race in Paris on the same day the Tour de France finishes that will help the sport move on.

He said: “There's been a lot of talk about that since the Olympics, but two years have gone by and I don't think we're any further forward in terms of a few people saying a few things.

"This is the first thing of note of somebody big putting their money where their mouth is. It's a huge step forward."