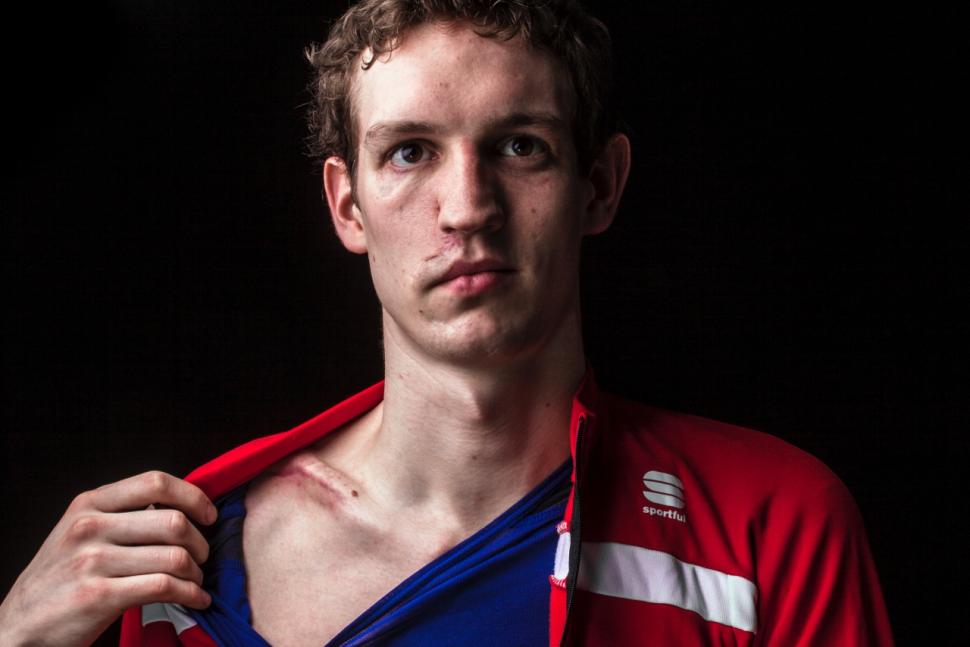 Injured while cycling? Still got the scars? London publisher wants you for photo book

A London publisher is calling on cyclists who have been injured on the city’s streets to have their portraits taken - including their wounds – for a book that will be used to campaign for better road conditions for the capital’s bike riders.

The book, called Cycling Shouldn’t Hurt, is due to be published in the summer and is the first from a new London-based publishing company, Grayshon Editions.

The publisher says that the book, featuring photographs by Fiona Garden, “reminds us that cycling can be a joy and a liberating freedom from the claustrophobia of urban life, tube tunnels and traffic jams but asks ‘at what cost?’.

“The images in this book comprise a shocking call to arms for rapid infrastructure change in our city – to create an environment where the virtues of cycling – for health, the environment, speed or pleasure - can be enjoyed by all without fear of injury or death.

“The volume will conclude with an afterword and series of statistics estimating the social and economic cost of these injuries considering lost days work, the emergency response and ongoing healthcare.“

As for the raison d’être behind the project, Grayshon Editions says: “There’s little more powerful than an image of an injured person, a close up of a wound or the detail in a scar.

“Reporting on cycling accidents tends to shy away from the particulars but it is this graphic potency Cycling Shouldn’t Hurt aims to channel in its call to arms for wide-reaching change to cycle infrastructure in the city.”

You can book a portrait session, which should take no more than half an hour, on the Grayshon website; currently, there are only slots available for this afternoon between 3.00pm and 6pm, but others will be added a week in advance.

There will also be an opportunity to be meet Fiona Garden and publisher Neil Grayshon at Spin LDN at the Old Truman Brewery and to have your photograph taken for the book from 28-30 March.

The print run will be limited to 700 copies, some of which will be delivered to Transport for London, the Department for Transport and members of the Greater London Assembly.

Portrait-sitters will receive a free copy as well as a print from their photo session.

The publishers also say that they "are looking for publication sponsorship at a variety of levels. Please contact neil [at] grayshon.co to discuss opportunities."