Read our first roundup article from the London Bike Show? Well here is our second installment of bikes that grabbed our attention. The show is running until Sunday 16 February at the ExCel Centre in London, so still time to attend and have a look at these bikes for yourself. 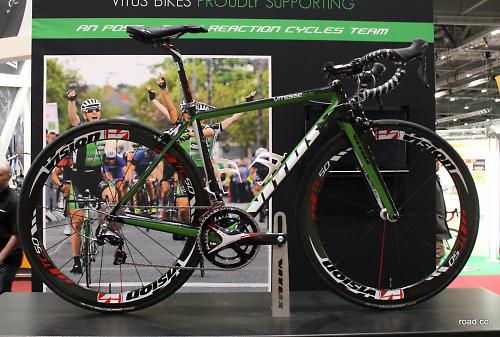 The legendary French marque, Vitus was bought by Chain Reaction Cycles a few years ago, and since then they’ve been  producing a smart range of road and mountain bikes with input from 'Brand Ambassador - Sean Kelly' more on the road bikes we'd guess. Kelly, you see,  rode a Vitus to many of his greatest victories. Making its first public appearance at the show is this brand new Vitesse Evo, an updated version of the regular Vitesse we tested last year, in An Post team colours. It’s a 2015 model but the frame will be available this August with complete bikes following in October. The An Post team will be riding it sooner. 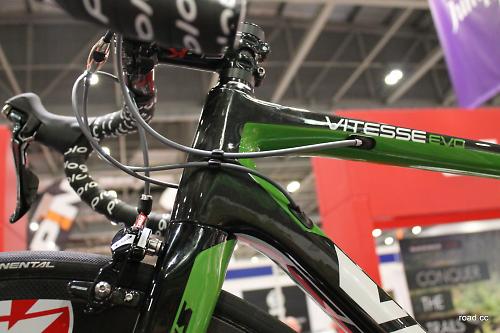 The Vitesse Evo came about at the request of the  An Post - Chain Reaction Cycles professional team for a stiffer frame. You know what those professional cyclists are like, all they care about is how stiff the frame is. The designer behind the bike, Dale McMullan, told us that he spent about a year working on this new bike, and met the challenge of the stiffness requirements by starting with a the BB386EVO bottom bracket standard, and working out from there. 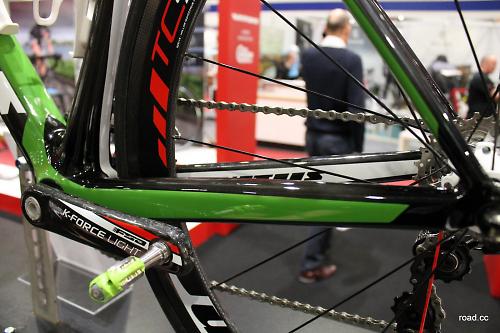 It’s a clean sheet redesign then. The new bottom bracket, which uses a 86.5mm wide shell with the same 30mm axle diameter as BB30, not only positions the bearings further apart to increase stiffness, but allowed Dale to really increase the diameter of the down tube and asymmetric chainstays. The result, he tells us, is a claimed 25% stiffness increase when measuring from the head tube to the dropouts. Just in the bottom bracket area alone stiffness is up a claimed 10%. Power transfer should be pretty good then, and should keep the pros happy.

But Dale had to meet the demands of satisfying the pros, and also offering a bike non-racers like us might actually want to buy and ride. They followed an emerging trend among frame designers to build the lower half of the frame all oversized for stiffness, and the top half skinny to provide a bit of comfort. A 27.2mm seat tube is now used as well, a popular step in trying to achieve a little deflection to remove the harshness of riding over rough roads. They’ve also used a very sloping geometry in an attempt to maximise the amount of available vibration absorption and deflection 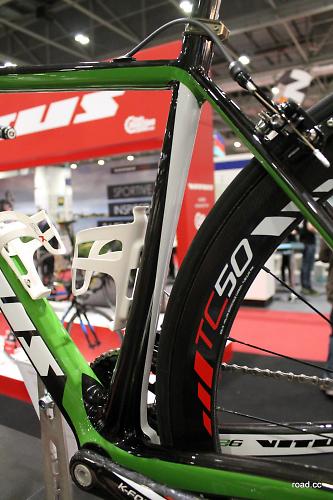 The frame is UCI-approved and weighs a claimed 830g. It’s built from a mixture of Toray 700 and 800 carbon fibre. The frameset will cost £1,500. No word on complete bike prices yet.

Aprire is sponsoring the Velosport – Pasta Montegrappa women’s cycle racing team for the 2014, season, and this is the bike they’ll be riding. Here's the kit the team will be wearing, which is matched with a top tube decal on the team bikes. 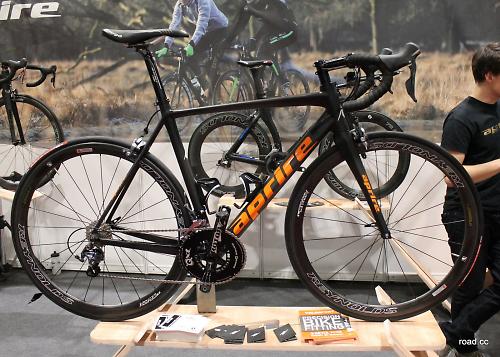 It’s the same Vincenza as the one I recently tested, and came away very impressed with. Aprire is a relatively young brand based in London, but they spent several years ahead of the launch working with their Italian framebuilder to hone the bikes to the point they were satisfied they delivered the performance and handling they wanted. The Vincenza is handmade in Italy and that means they can do custom builds, alongside regular stock sizes. 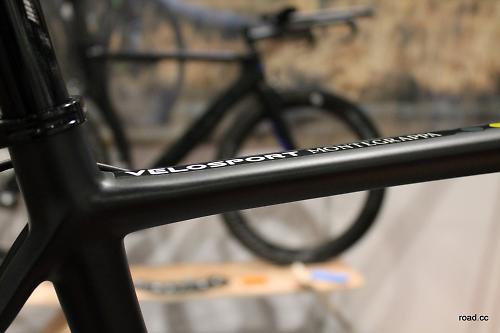 They're keen to promote the fact they can do custom coloured decals as well, and the orange decals on this all-black frame and fork looks really good. Well I think so anyway. There's a bit of an orange theme going on at the London Bike Show this year, must be the colour of the moment. 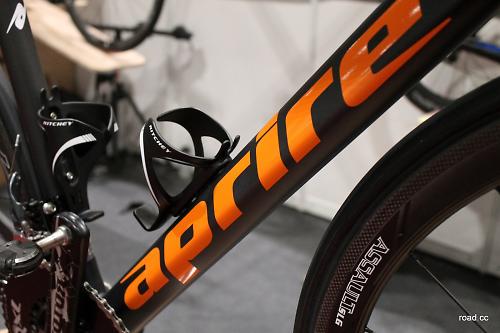 Hailing from the Ribble Valley is new bike brand Beacon, specialising in carbon fibre road bikes. The bikes are sold through the company’s own dedicated bike shop The Fell, basedin Whalley, Lancashire, which they launched last October. 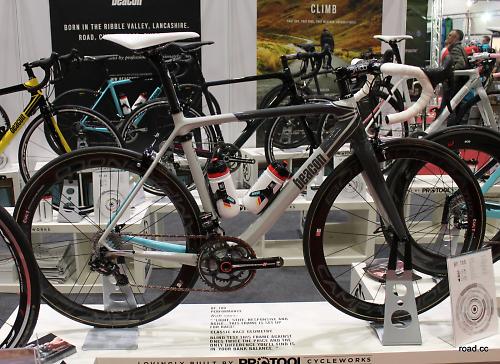 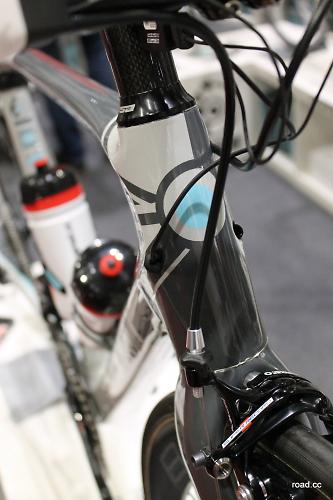 They offer custom builds so you can specify didn’t groupsets, wheels, finishing kit and tyres. They’re all made from carbon fibre using their own moulds, using different grades of Toray T-series carbon fibre depending on the price. The layup of each frame has also been tailored to meet the specific demands of the different types of cyclists the frames are aimed at. The geometry is adapted to suit too.  A big part of the company’s offering is a bike fit, they’ll give you a free bike fit when buying a bike at their bike shop. 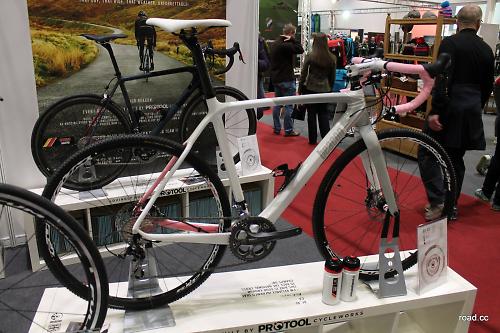 They’ve enlisted Rob Hayles as a brand ambassador, and he’s been involved in the development of the bikes, giving the team valuable feedback and, perhaps more importantly, validation that the bikes deliver in the performance stakes. You’ll probably recognise this bike if you were paying any attention to the bike Davina McCall was riding earlier this week in her challenge event for Sports Relief.

Boardman have a big display of bikes at the show, here’s the new-for-2014 AiR 9.8 aero road bike. It’s benefited from the development on the AiR TTE time trial bike, with similarly profiled tubes and the concealed brakes. The front brake is hidden away inside the fork, you have to peer pretty close to see the brake lurking inside the fork. It’s even harder to spot the rear brake, that’s down below the chainstays in a position increasingly being adopted by manufacturers when planning their latest road bikes with an aero influence. 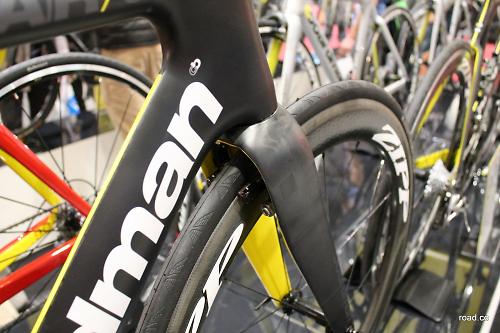 Cables are all routed internally, and pop into the frame at the top of the top tube, just behind the stem. The AiR bikes feature a four-position seat post clamp so that you can effectively alter your seat angle. Rather than flipping the seatpost, you move the position of the clamp forward/backward on top of the post. 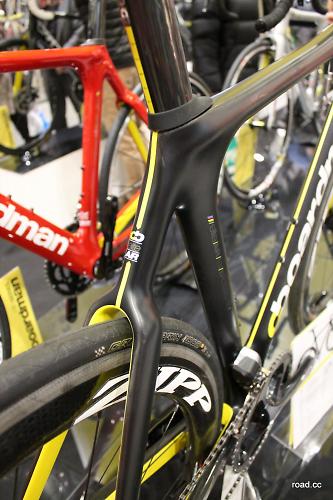 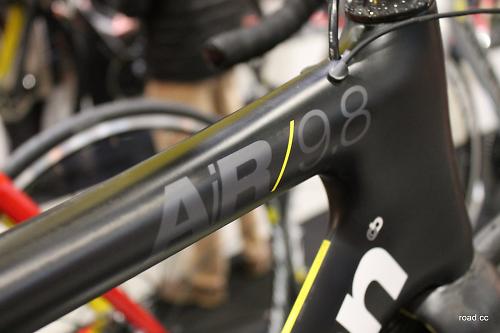 While not exactly a brand new model, the Pro SL has been updated for 2014. It’s their aluminium-framed offering, the sort of bikes they do really well and which have reviewed well on road.cc in the past. The changes include a new top tube which is now a smidgen shorter, and new seatstays designed to improve both ride comfort and stiffness. 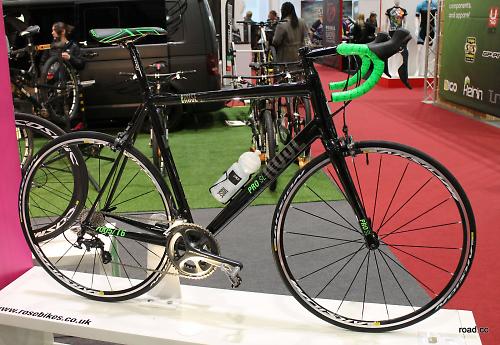 The geometry pitches it somewhere between a race and sportive bike, so it’s a little more relaxed but the bars aren’t crazy high. It’s a really good looking bike as well, it almost looks like a carbon frame from a distance, such is the impressive smoothness of the welds.  This 3000 model cost £1,143 and weighs a claimed 7.2kg (16lb). 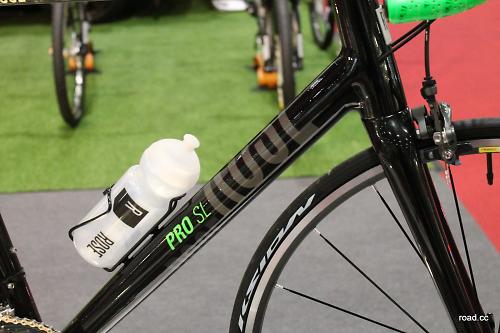 USE have a new seat post. It’s a carbon fibre shaft bonded to a traditional two-bolt saddle clamp.  It’ll be available in a range of sizes and lengths, but they’ve yet to confirm pricing or availability. We’ll let you know as soon as we know. 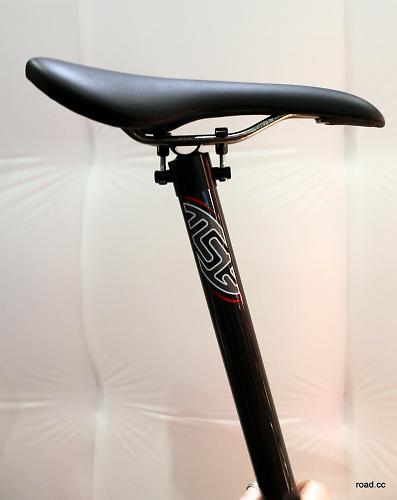 A couple of years ago USE launched their first range of road, ‘cross and mountain bike wheels. They’ve added this new carbon clincher wheelset, with a 24mm deep rim. It retains the unique Nano treatment which makes the rim surface especially slippery, so should make mud and grit slide right off - is the theory. The wheel set, with USE’s own hubs and skewers, will cost £1,200. They weigh a claimed 1,350g. Should be in the shops in the next couple of weeks. 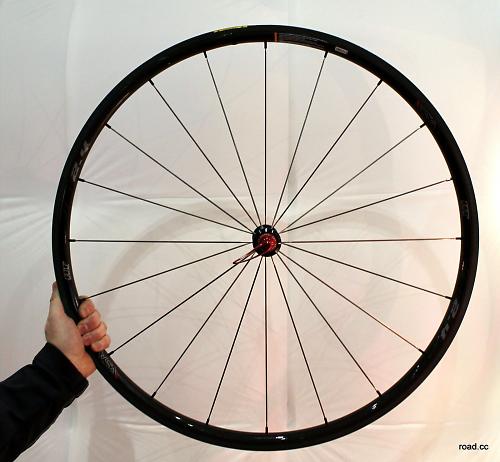 More from the London Bike Show soon. For full details about the show such as openting times, ticket price and how to get there hop over to www.thelondonbikeshow.co.uk