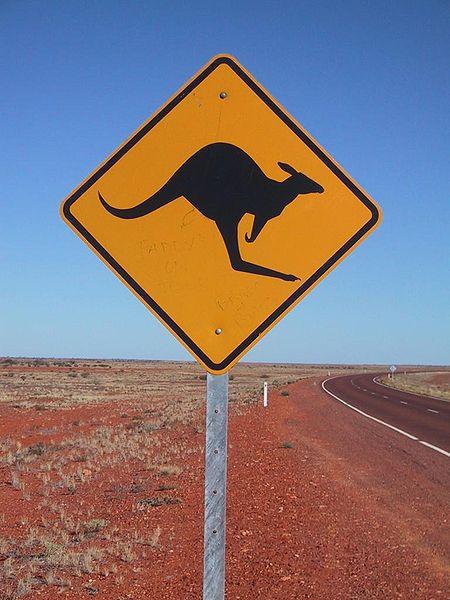 Aussie former politician says cyclists should be banned from roads

It seems that people making anti-cycling rants Down Under take their cue from similar outbursts made in the UK. Last month, shortly after TV chef James Martin confessed in the Daily Mail to deliberately running cyclists off the road, Australian comedian Magda Szubanski was forced to apologise to cyclists after a televised outburst against them.

And now, three weeks after MP David Curry’s anti-cyclist tirade made headlines here, a former New South Wales Roads Minister, Carl Scully, has suggested that cyclists should be banned from the nation’s roads and has slammed cycling organizations for failing to support his vision of a world in which cyclists are excluded from the highway and forced to use off-road cycle paths instead.

In a column published on the website of Melbourne-based newspaper The Age under the perhaps inflammatory title ‘Cyclists do not have the same rights as motorists on roads,’ Carl Scully, who was Roads Minister for NSW from 1996 to 2005, says that under his tenure, he sought “to provide safe cycle ways and invested millions of dollars in the process.”

Reading Scully’s piece, it’s clear that he believes that bikes and cars don’t mix. He even describes cyclists, in effect, as ‘pedestrians on bikes’. He adds that he is “still surprised as to how someone willingly gets on a bike and takes a huge risk with cars, trucks and buses, often travelling well over 80 km/h.”

Scully says, “the claim put to me often by cycling lobby groups, "that bicycles are non-motorised vehicular transport and have as much right to be on the road as any other vehicle", was a claim I rejected firmly every time.”

It’s clear that Scully’s relationship with cycling advocacy groups was a fraught one. He claims, “despite a massive increase in funding, policy and delivery, the bicycle lobby groups remained at best sceptical, and at worst disappointingly hostile” towards his plans, adding, “perhaps this was because I made it quite clear that I believed riding a bike on a road was profoundly unsafe and that where I could I would shift them to off road cycle ways.”

Scully, who now works for an engineering consultancy that specialises in road infrastructure, among other areas, claims that large-scale road-building projects in NSW have ground to a halt now he is no longer in charge of them. He suggests that since that means cyclists will have to continue using the highway, “it may be necessary to regulate the manner and time in which they may use our roads.”

One suggestion he makes is that cyclists be banned from the road in morning and evening rush hours. That seems to ignore the evidence of studies conducted worldwide that consistently show that people commuting by bike reach their destination more quickly than those in cars during peak periods.

Another proposal is that cyclists should be forced to share the footpath with pedestrians, although he acknowledges “local councils would have to step up and start building much wider footpaths and cyclists would need to take greater care of pedestrians.”

Scully concedes that “cyclists are unlikely to be happy being regulated to time-of-day cycling or to footpaths and off-road facilities,” but says “before rejecting this option out of hand, they should consider not only how unsafe it is to be sharing the roadway with vehicles, but also acknowledge that it is motorists who pay fuel levies, tolls, registration and licence fees, as well as the huge cost of buying and running a motor vehicle.”

It’s a familiar argument, but one that misses the essential point that in Australia, as elsewhere, not only are most cyclists car users themselves, they – and non-driving cyclists – also pay taxes that in part go towards funding transport schemes.

As Quickrelease.tv pointed out when it reported on Scully’s column, he isn’t the first politician to have tried to force cyclists off the roads to leave them free for motorists.

The website cites cycling campaigner John Franklin’s online history of cycle paths, which says it was a policy favoured by planners in The Netherlands and Germany during the 1920s and into the 1930s, when it was willingly embraced by the Third Reich. In 1934, the latter introduced measures in Germany to combat “the problem of disciplining cyclists" not using cycle tracks.

And during the Second World War, cyclists – well, those who hadn’t had their bicycles confiscated altogether – in The Netherlands were forced to use cycle tracks while the country was under Nazi occupation.